A new Survation survey has found that a large majority of people in the Midlands and North of England think it is important that, in the upcoming budget, the government includes substantial investment for measures to prepare for the impacts of climate change, such as flood defences; and there is widespread support for greater finances for local authorities to help deal with the impact of climate change.

85% of respondents in the poll, conducted on behalf of the Centre for Local Economic Strategies, considered it important to see more investment in the budget, which Chancellor Rishi Sunak will present on Wednesday 11th March. 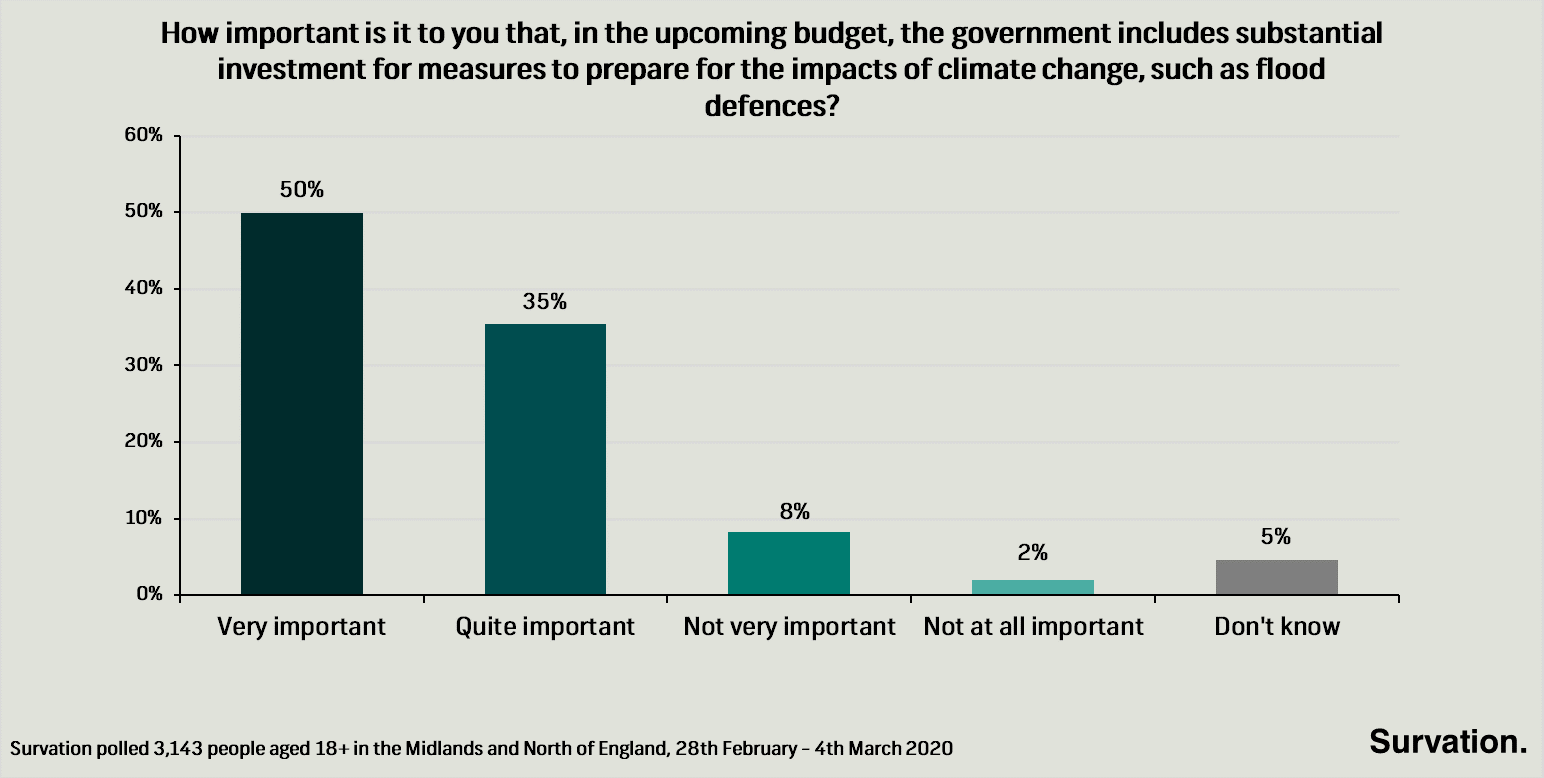 Substantial new investment was important to more than 4 in 5 (84%) respondents in the former ‘red wall’ – constituencies in the Midlands and North of England that the Conservatives gained from Labour in the 2019 general election – as well as those in Conservative held seats (88%) and Labour held seats (84%). The level of importance attached to substantial investment was similar within each region polled – with between 83% and 88% saying “very important” or “quite important” in the East Midlands, West Midlands, Yorkshire and The Humber, North East, and North West respectively.

There was strong support for the budget providing more financial support to local authorities to help deal with the impact of climate change and make the economy less reliant on fossil fuels – 3 in 4 respondents (75%) supported this. Support was 76% in the seats Conservative gained in 2019, 77% in Conservative holds, and 73% in Labour holds; and between 72% and 76% in each region across the Midlands and North. 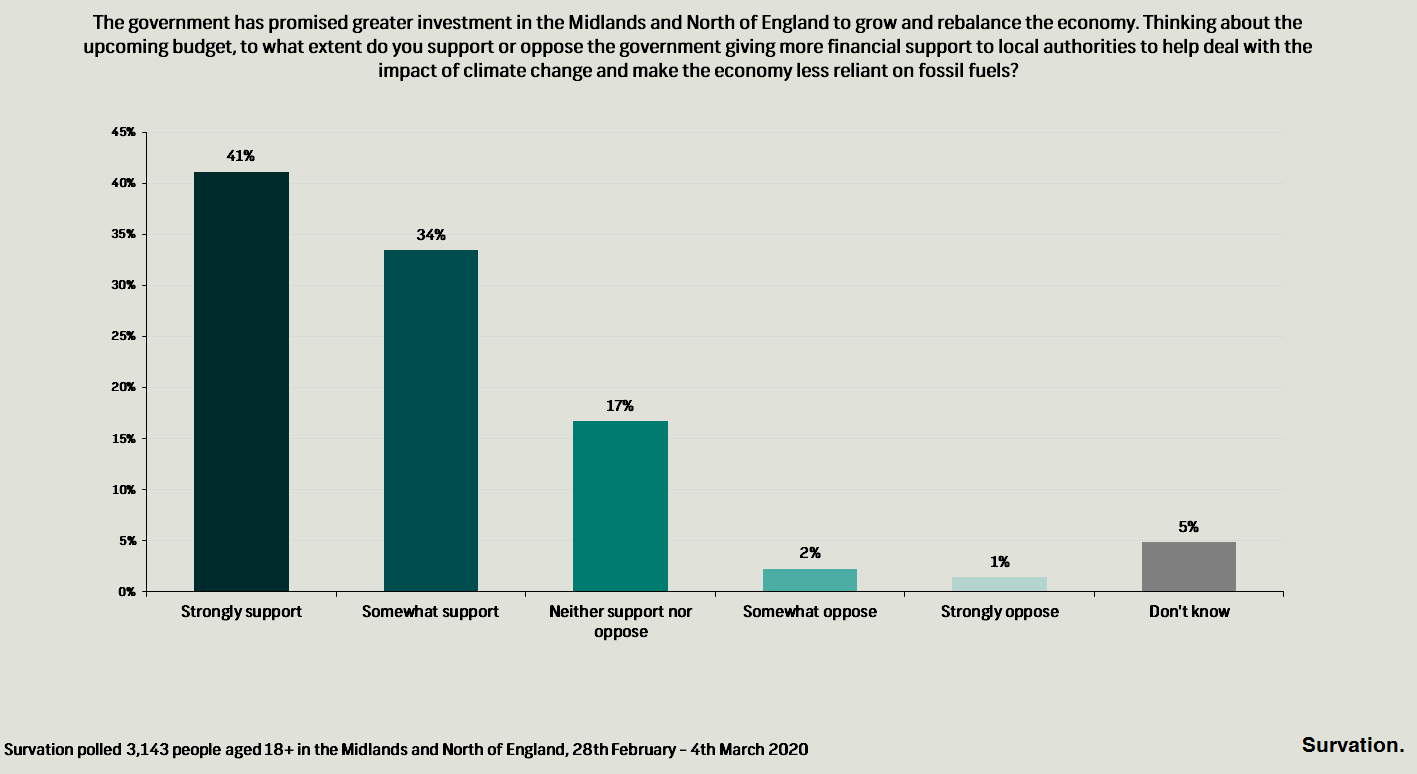 Survation interviewed 3,143 adults living in the Midlands and North of England online, on behalf of the Centre for Local Economic Strategies. Fieldwork was between 28th February – 4th March 2020. Data tables and methodology can be found here.