The public are likely to view Amazon workers as “key workers” during the pandemic, and are valued more by the public than prior to the coronavirus outbreak. In a poll for Unite the Union, Survation found that: 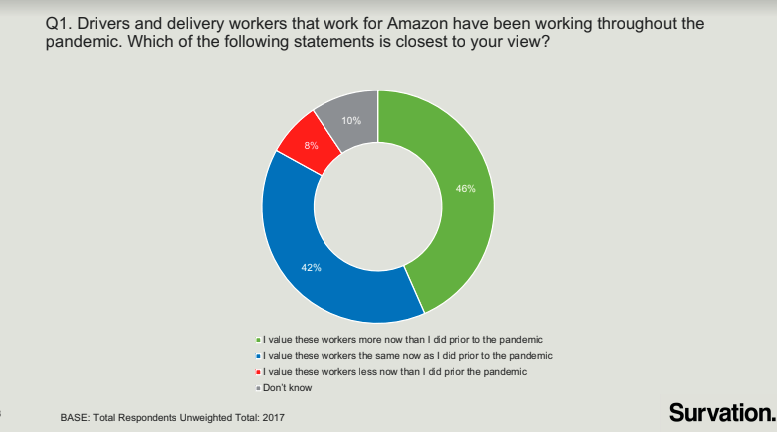 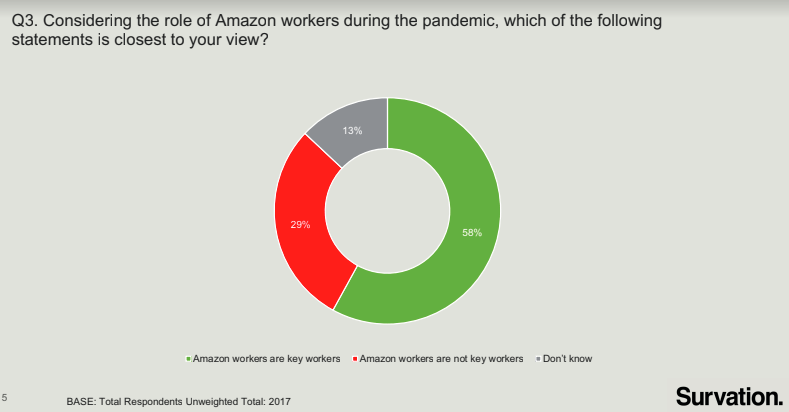 There are high levels of public support for trade union recognition and fair work practices for direct and indirect Amazon workers: 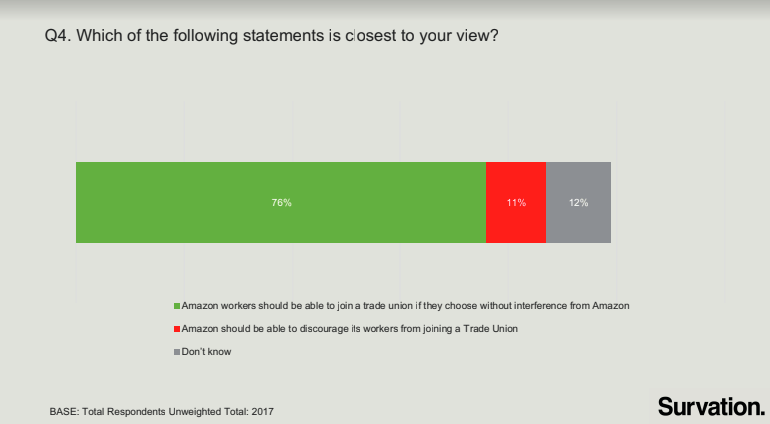 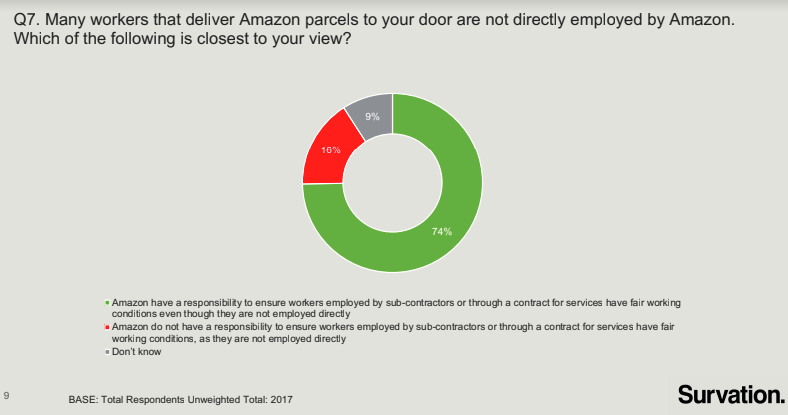