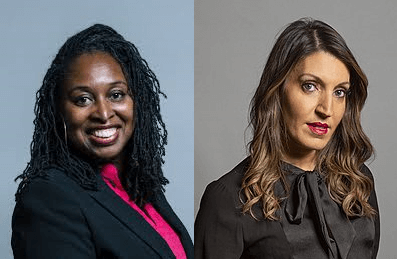 A new poll of UK adults 18+ shows BAME women top public opinion on the Labour Deputy Leadership contest. The only Scot in the contest (and the only Labour MP in Scotland) Ian Murray is also warmly received by the public.

A nationally representative sample of people were shown short video clips of each candidate’s closing statements at the Labour Deputy Leadership Hustings from the 18th January 2020 and asked questions about the person they just saw.

Respondents were given a list of characteristics and asked whether they would describe the candidate as such.

Dawn Butler was the highest ranked candidate described as charismatic (60%), trustworthy (47%), and joint highest with Ian Murray for tough (46%). 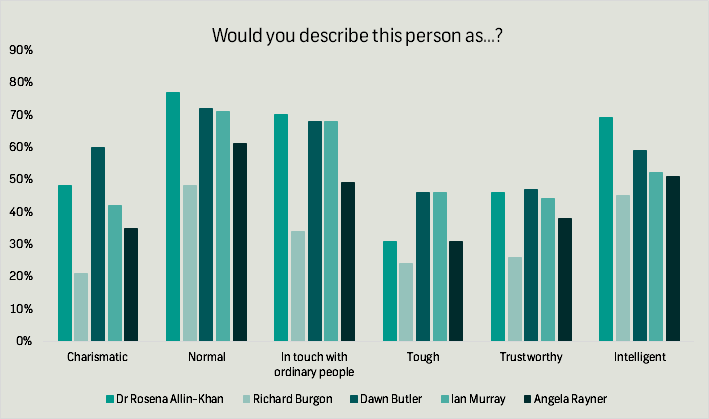 Of the candidates in the race only three of the five would make individuals more net likely to vote Labour in a general election with Dr Rosena Allin-Khan on +19%, Dawn Butler +20%, and Ian Murray +15%. Richard Burgon and Angela Rayner turn off voters with -27% and -5% respectively. 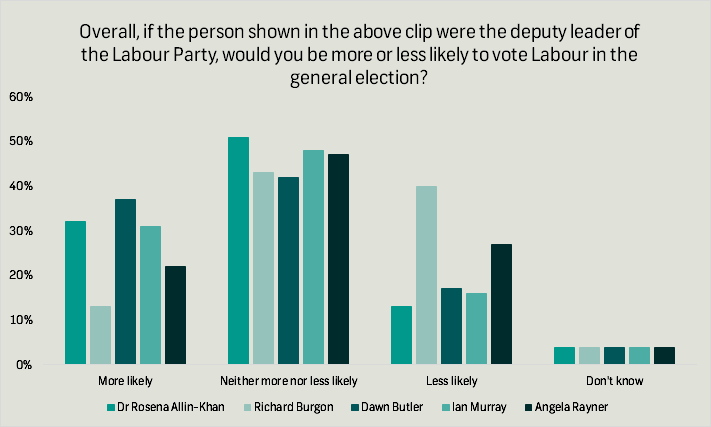 When asked if each candidate would make a better or worse deputy leader of the Labour Party than Tom Watson, Dr Rosena Allin-Khan topped with a net better score of +20%, with Dawn Butler on +19%, and Ian Murray on +15%. Richard Burgon and Angela Rayer once again came out with a negative score, with Burgon on -20% and Rayner on -1%

Survation conducted an online poll of 1,005 people aged 18+ living in the UK on behalf of Peter Carpenter. Fieldwork was between 31st January-3rd February 2020. Data tables can be found here.

Videos shown to participants can be found below: