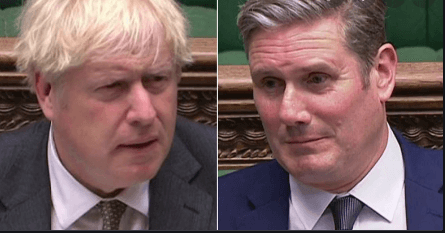 The Conservatives hold a 6 point lead over Labour, down from 8 points last week

Johnson’s lead over Starmer on key indicators is less strong nationally than when we asked the same questions in Batley and Spen, where Johnson beat Starmer on the NHS while nationally, Starmer has the advantage

A majority (56%) think Labour is providing weak opposition to the government in the House of Commons vs 27% who said it is strong.

Rishi Sunak is by far the member of the government with the highest net growth in favourability, and the only one we polled about with a positive rating.

A new political poll by Survation sees a  6 point polling lead for the Conservatives. Dissatisfaction with Starmer and Labour is reflected in the polling, which shows that a majority (56%) believe Labour is doing a weak job as opposition in the House of Commons vs 27% who said it is strong. 46% of 2019 Labour voters believe Labour is providing “weak” opposition vs 41% who believed the party’s opposition was “strong”.

The Conservatives have a six point lead over Labour, by 41% to 35%, which is down from an eight point lead last week. 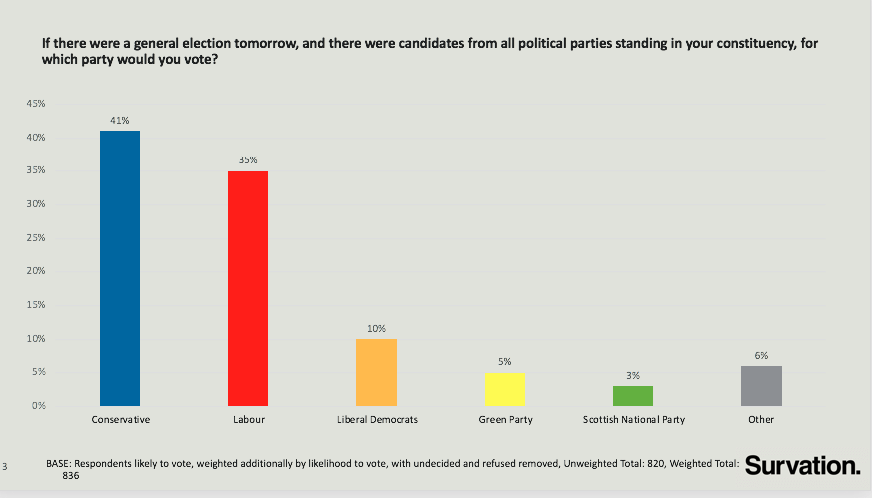 Government performance is at -2%, down 6 points in the past fortnight. 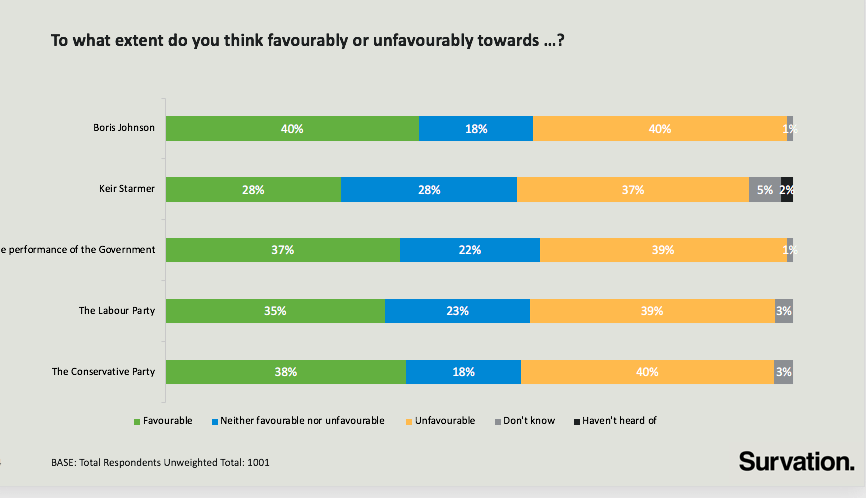 Boris Johnson leads Keir Starmer on who would make the best Prime Minister by 45%, down 1 point from two weeks ago with Starmer unchanged on 28%. 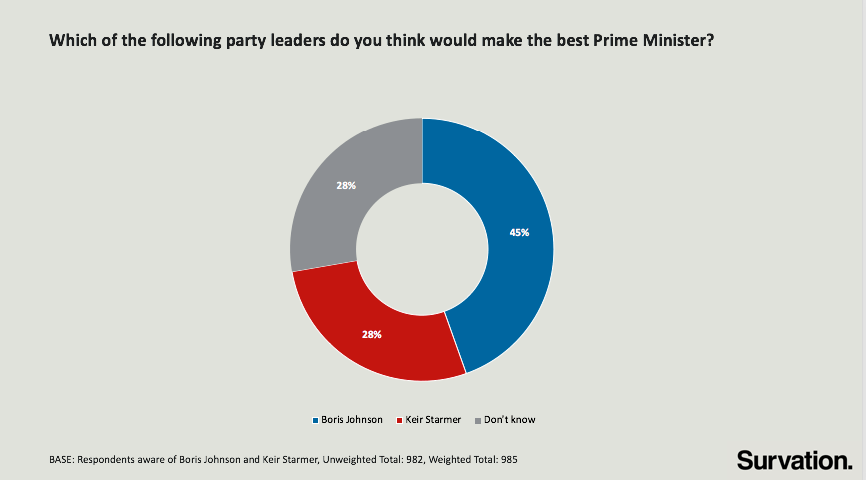 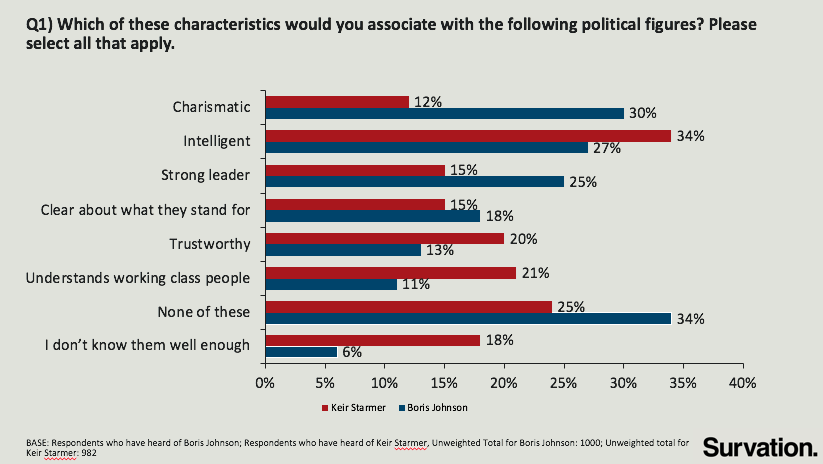 On policy, Johnson is ahead of Starmer on Covid-19, economy and Brexit, while Starmer leads on the NHS. In our Batley and Spen phone poll, Johnson had a lead over Starmer on all of these, including the NHS. 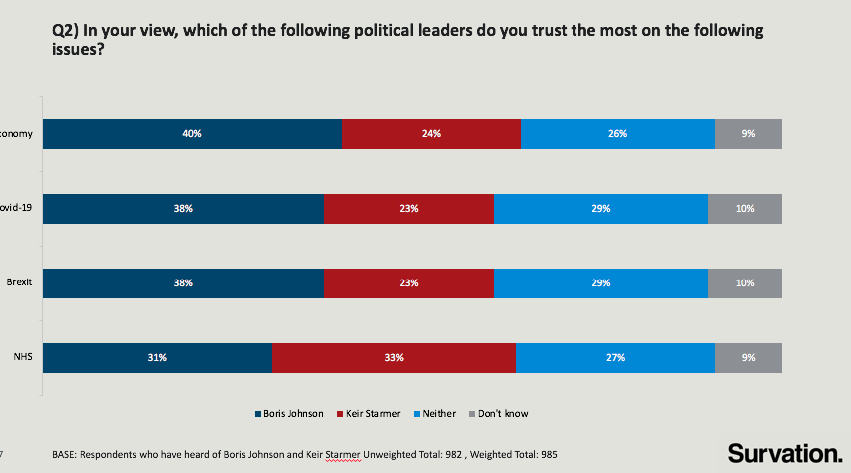 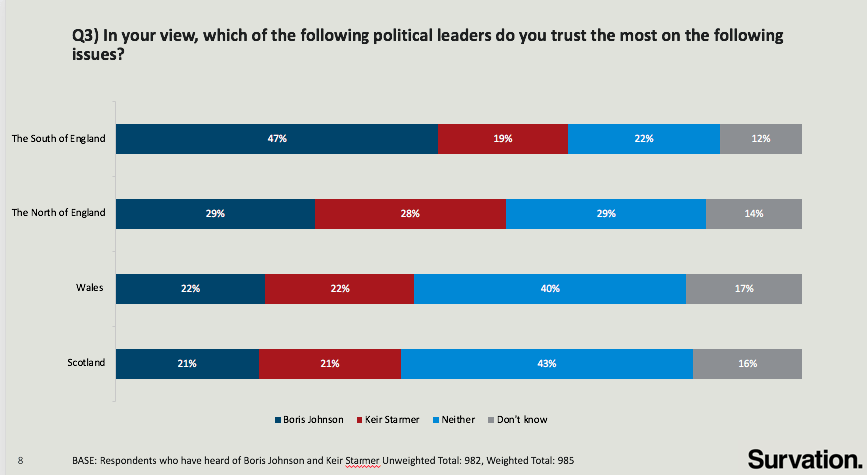 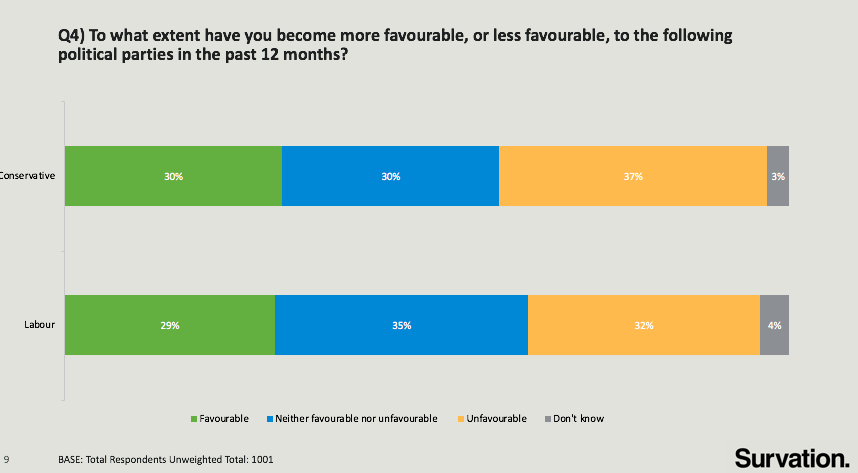 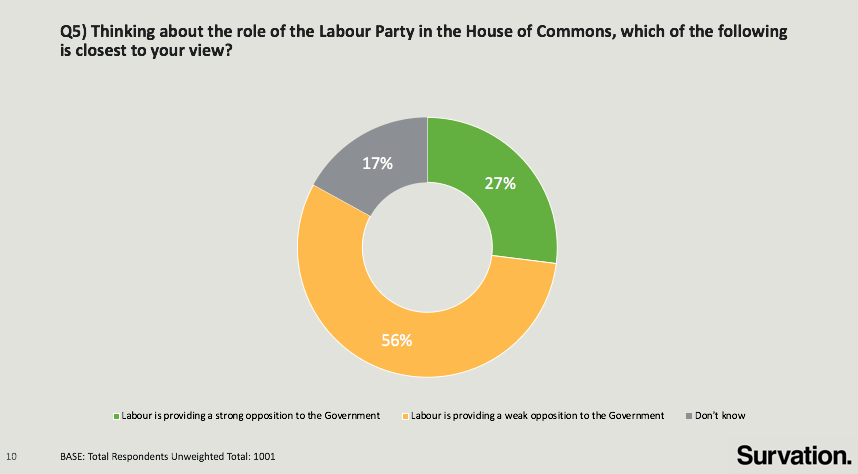 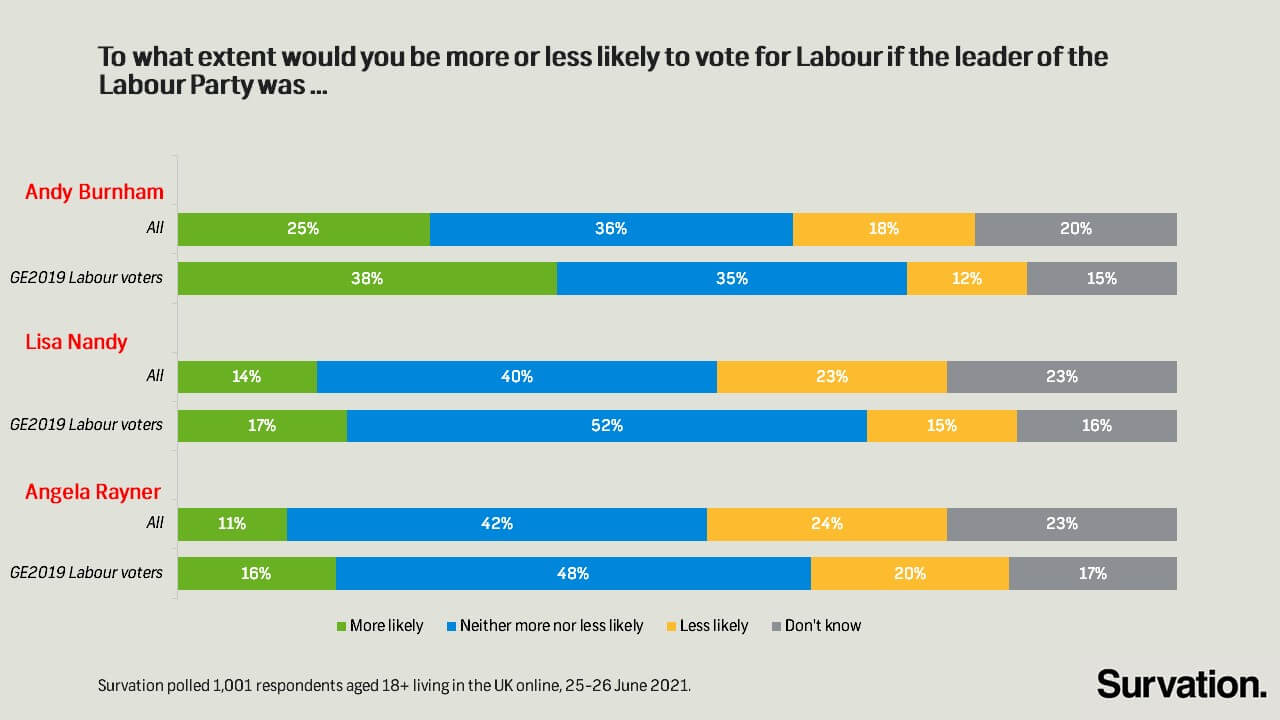 Performance of ministers and advisers during the pandemic

When asked to rate a series of the highest profile government figures’ performance during the pandemic (including Matt Hancock, who resigned during the fieldwork period), Rishi Sunak is the highest rated, and the only with a positive rating, at +19%, Matt Hancock has a rating of -26% and Dominic Cummings -33%. 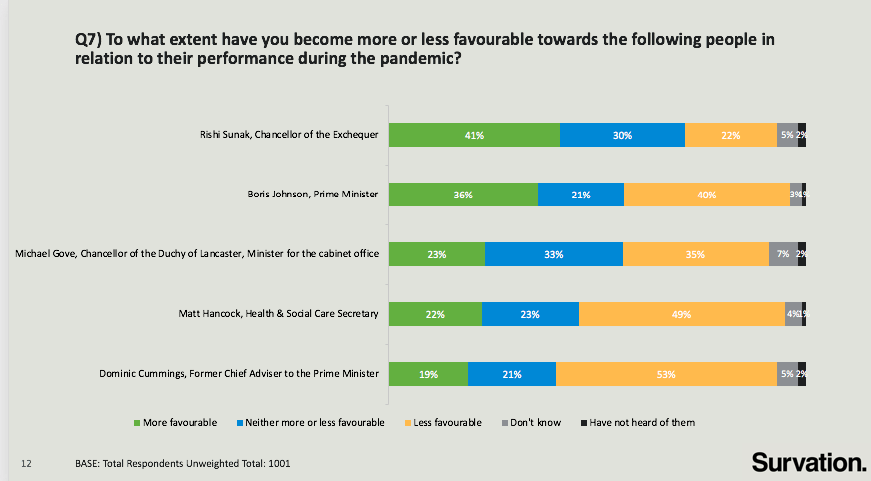