Survation’s latest political polling of 2019 adults in the UK, sees the Conservatives increase its lead over Labour to 11 points, up from 6 points two weeks ago.

The Conservatives are now on 43%, up two points, and Labour down three points on 32%.

On party leader ratings, Boris Johnson and Keir Starmer’s net ratings are both down in the past fortnight, Johnson on -3%, down 3 points, and Keir Starmer on -11%, down 2 points on a fortnight ago. 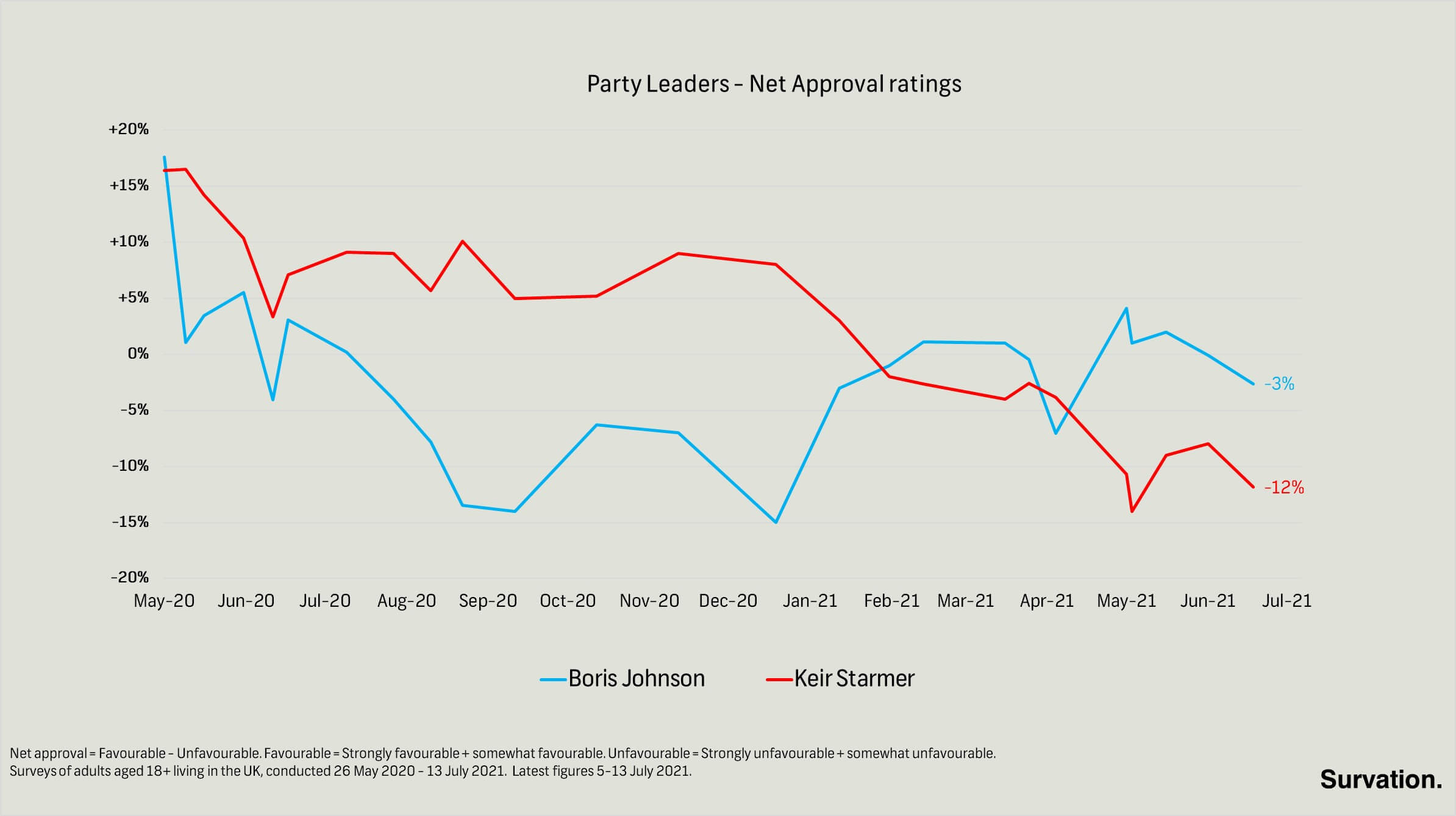 The Conservatives have a net rating of -3%, which is down 1 point on two weeks ago, while Labour is down 6 points to -10%.

There is no change from two weeks ago on who the public think would make the best prime minister, with Boris Johnson still leading Keir Starmer by 45% to 28%.

There is also little change in public attitudes towards the government’s performance, with the government on -3% net, down 1 point from two weeks ago. 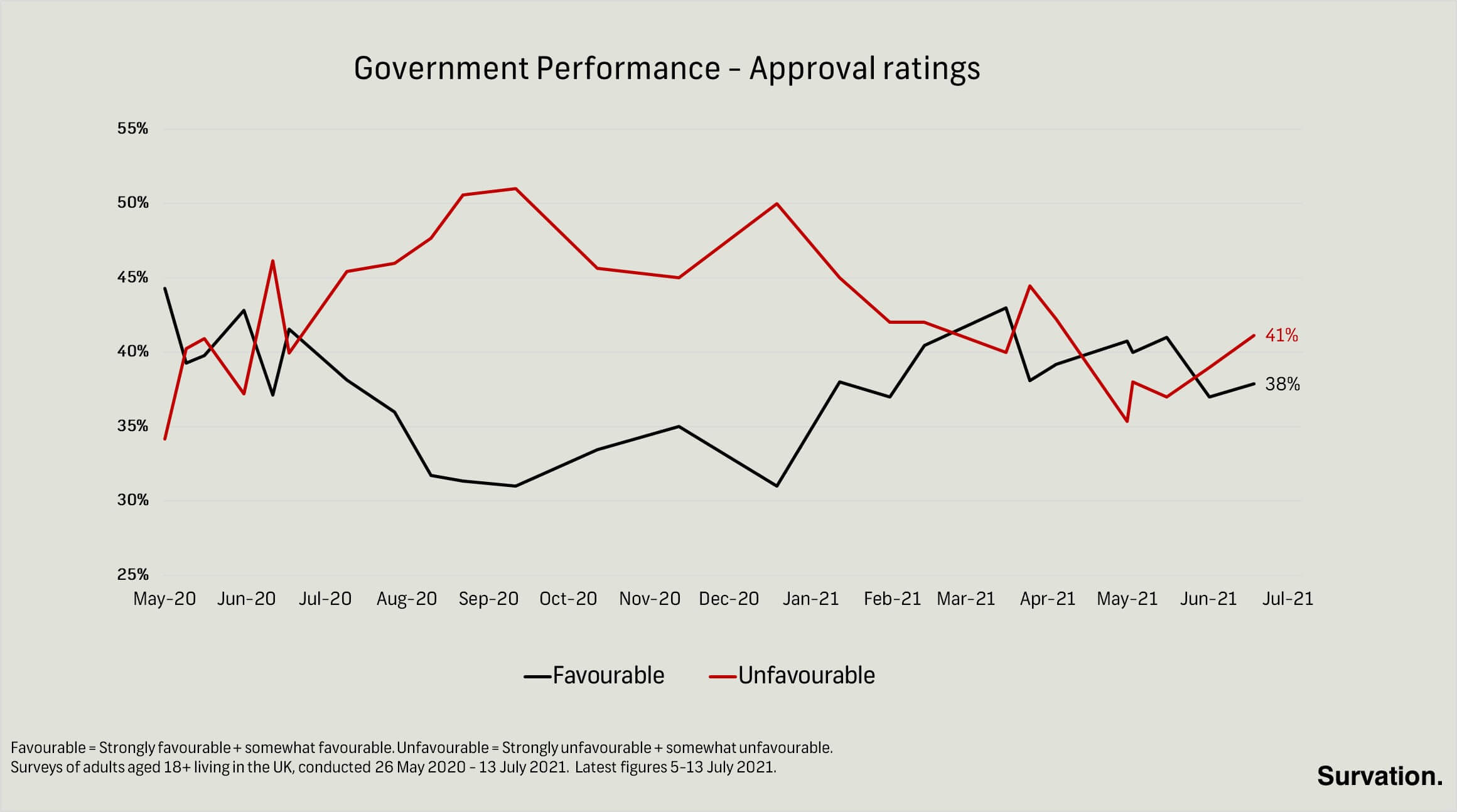