Here are our insights into how the cost of living crisis is impacting people across the UK and Great Britain. The data comes from our latest survey with 38 Degrees and MRP modelling with Professor Chris Hanretty over at Royal Holloway, University of London. 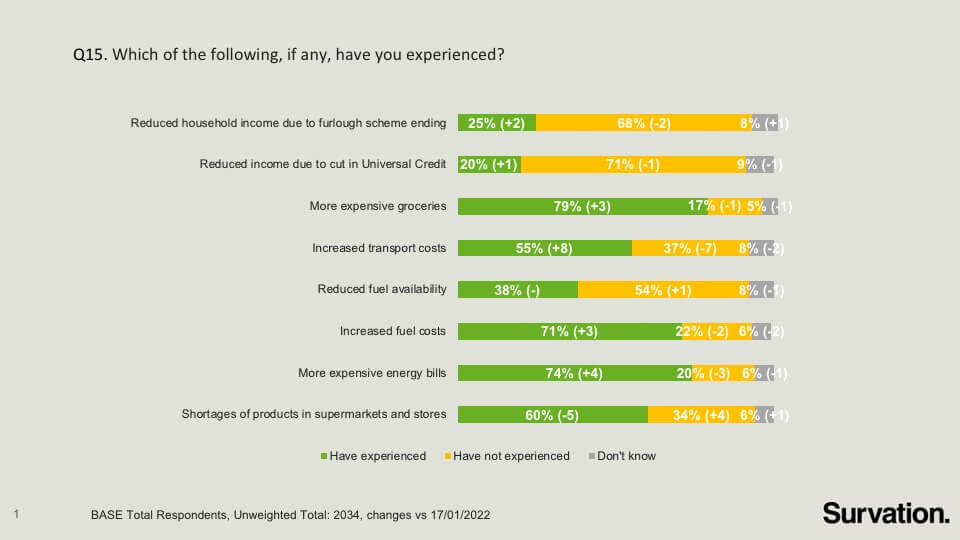 While increased energy bills are ubiquitous across the UK, people in the north of England and Wales are being impacted the hardest. Over four in five people in the North East (83%), North West (82%) and Wales (83%) are paying more for their energy bills. 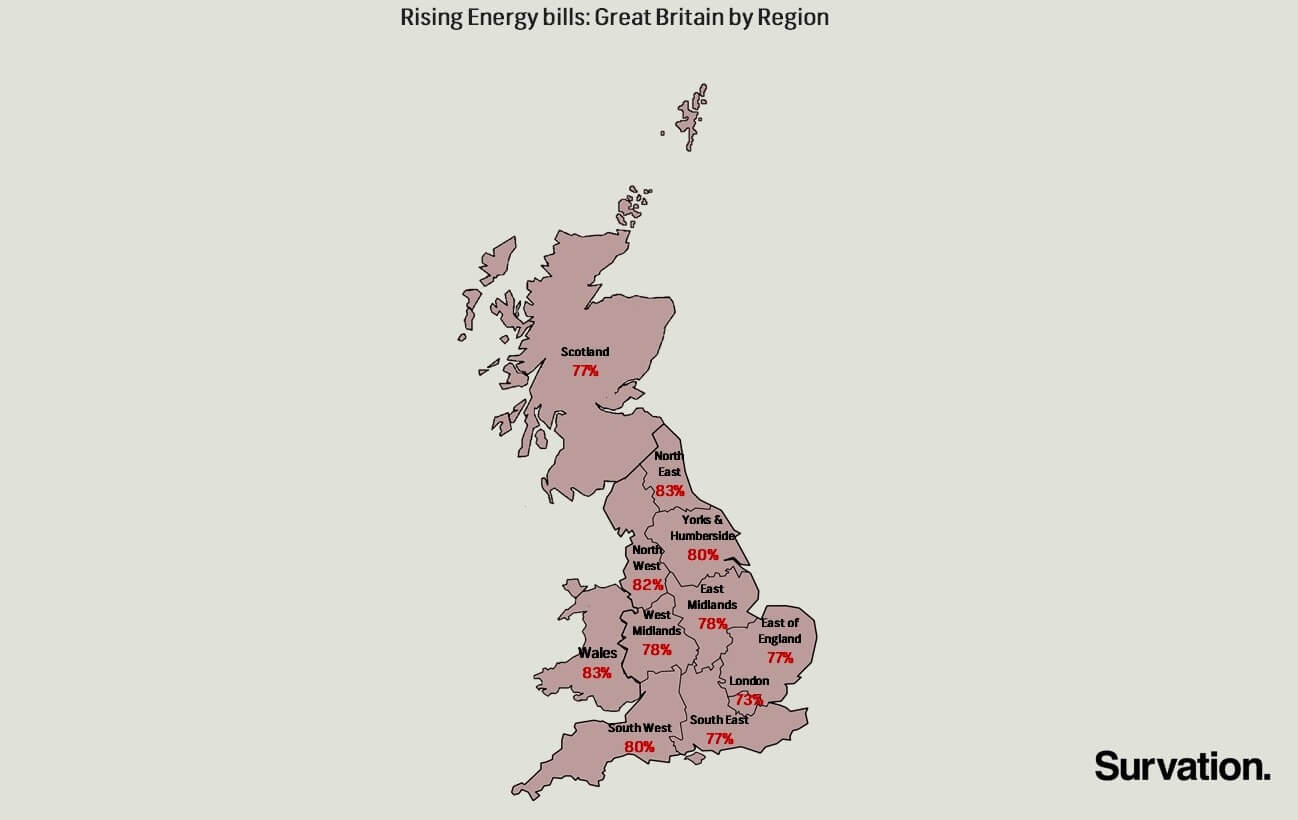 Our MRP shows Conservative support has fallen in these areas since the 2019 General Election, while support for Labour has increased.

While Great Britain is feeling the squeeze of increased costs, residents in the most deprived areas have been hit with an additional blow. The Universal Credit cut and furlough scheme ending have impacted these areas most acutely. 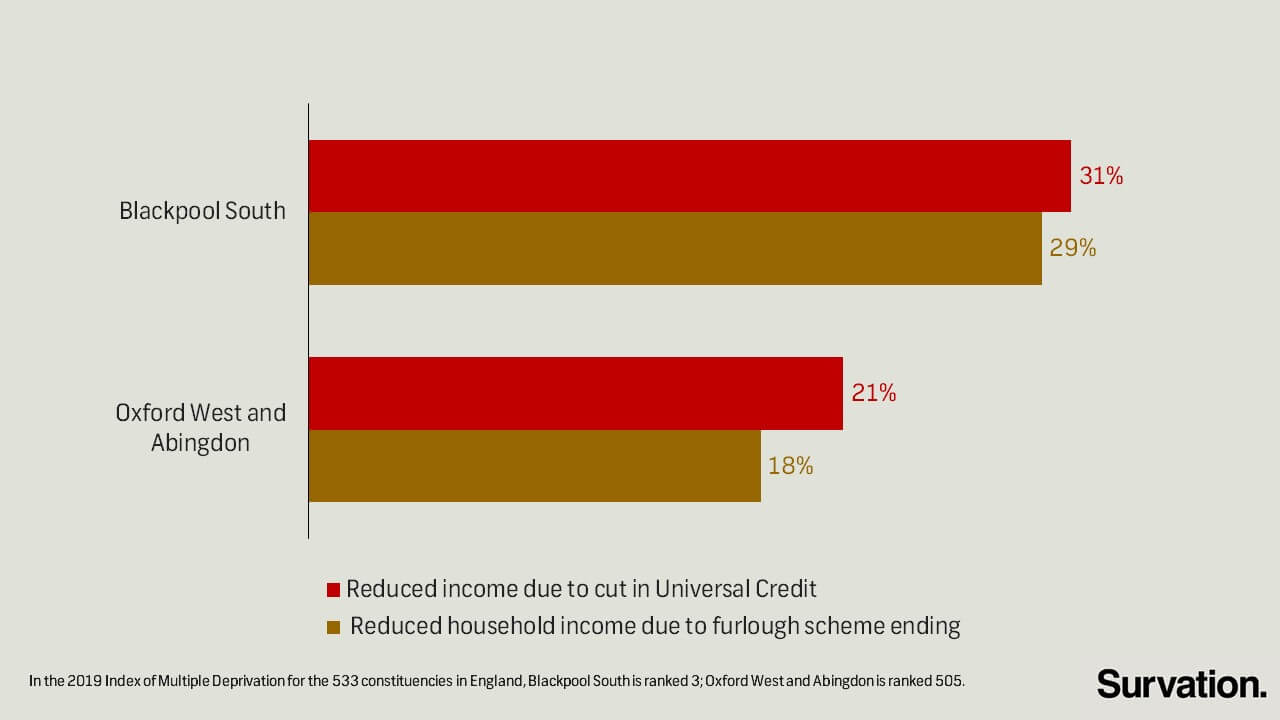 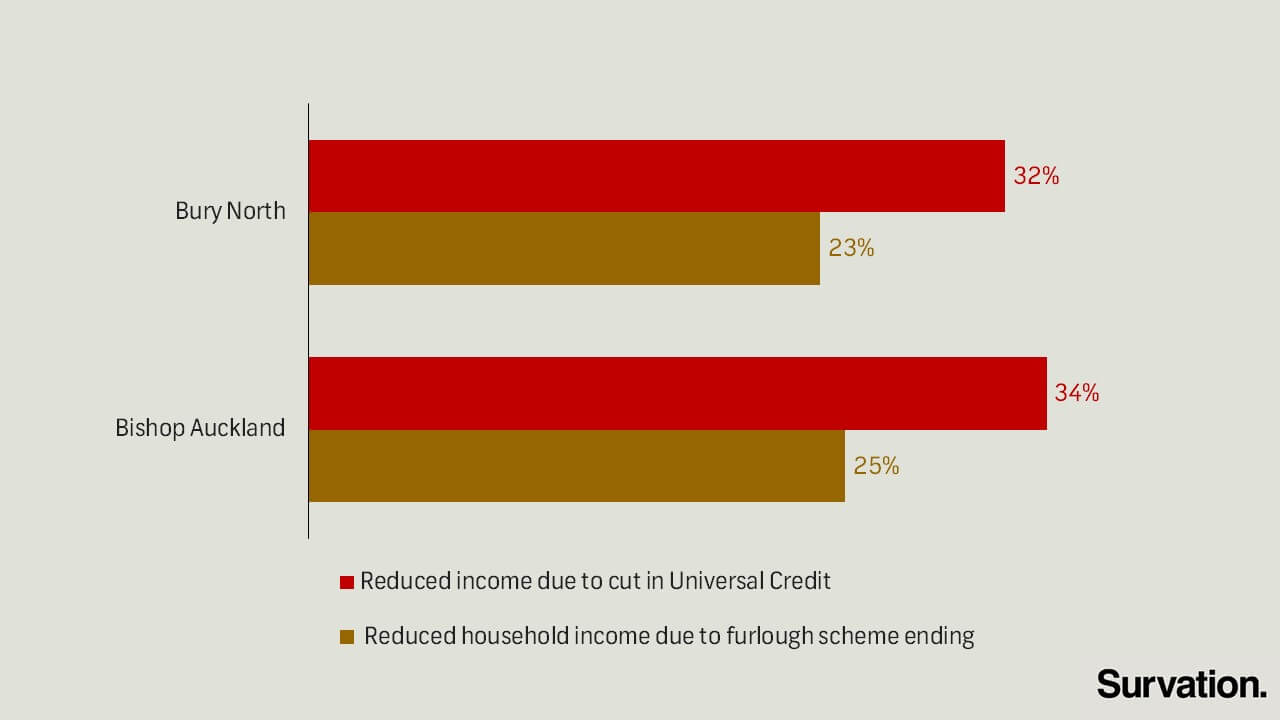 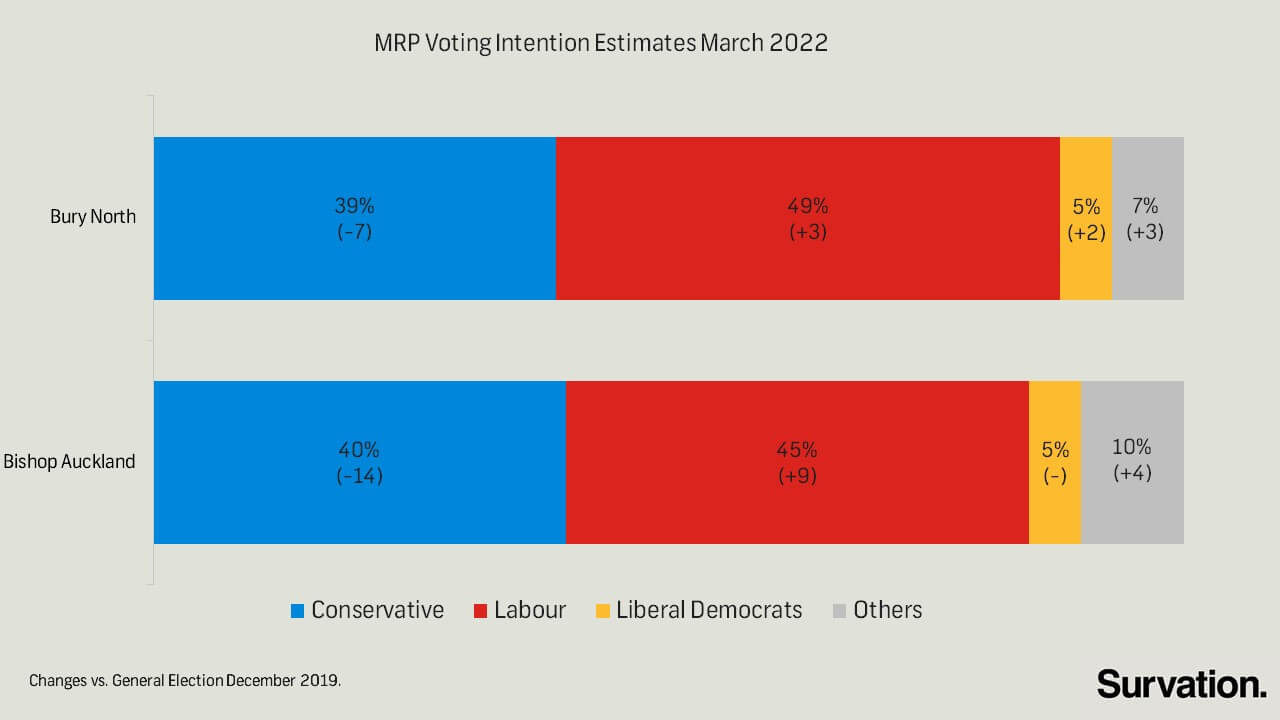 Increased fuel costs are hitting areas that rely on cars the hardest. These areas are more rural and have fewer transport links. For example, 4 in 5 people in Keighley (83%) and almost 1 in 9 in Brecon and Radnorshire (87%) are paying more for fuel. Meanwhile, well-connected urban constituencies in London are feeling the impacts less. In Islington South and Finsbury, less than half of the residents (44%) have experienced more expensive fuel. 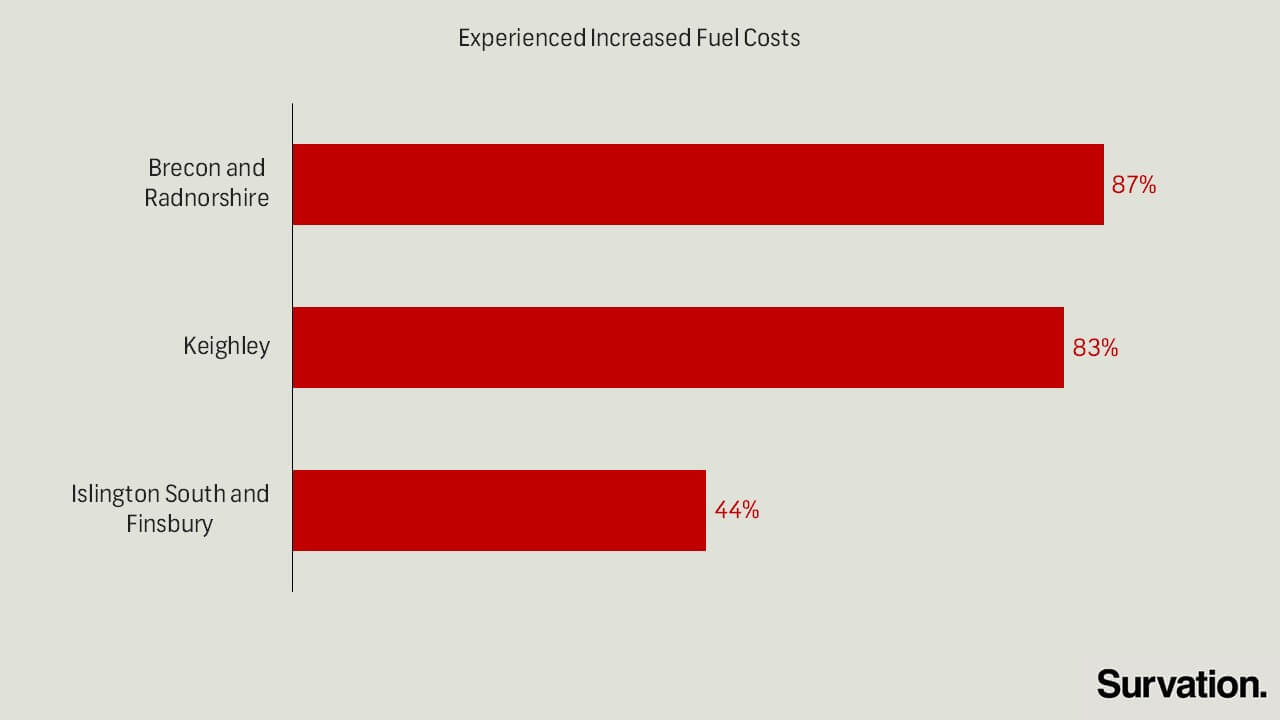 Professor Chris Hanretty summed up the impacts of the crisis in the following statement:

“The cost of living crisis is a real headache for the Conservative party, because it’s incredibly broad-based. We can think about a triple whammy. First, there are increases in fuel costs, which land more heavily with car-owners, who tend to be more affluent, and who are any way less likely to live in big cities, which lean Labour. Second, cuts in state support are more of a problem for working class voters who the Conservatives might want to appeal to on cultural issues. Third, the increases in energy costs are so big that they’re a problem for just about everyone. You can’t have a major increase in the cost of living for 80% of the population and not expect the governing party to pay some kind of price for that”.

Survation conducted an online survey of 2,034 adults aged 18+ in the UK. Fieldwork was conducted between 4 and 7 March 2022. The MRP modelling for cost of living is based on this latest survey of 1,947 GB adults. The MRP modelling for voting intention is based on surveys of 8,002 UK adults including this study, conducted 11 November 2021 – 7 March 2022. MRP data tables are available here and here. Topical data tables are available here. To find out more about MRP: https://www.survation.com/what-is-mrp/