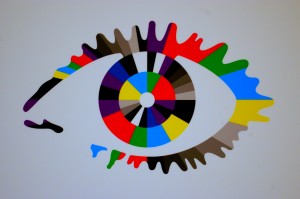 Does “Big Brother” Have A Future On Another Channel? The Fans Certainly Think So

With recent speculation that Channel 5 have renewed their stalled talks with Big Brother owners Endemol.  What do the core viewers think about a return to Channel 5?

We already have the answers;

How would a move to Channel 5 or another buyer affect viewing figures and what changes do viewers want to see?


Following the final series of Big Brother on Channel 4 and debate over a potential crossover to Channel 5, here at Survation we conducted a poll of highly engaged viewers to find out whether television viewers would continue to watch the show if it retained a similar format, and what changes they would like to see.

Our research clearly shows that Big Brother viewers are still very much engaged with the program, and whether or not the format, presenters or channel remain the same there is still a dedicated fan base who would love to see the return of Big Brother. As you can see from the pie chart above, the group we survey represent core, loyal fans of the show.

We believe that the views of this group are a significant group relative to the whole, especially given the decline in viewership of BB in recent years to the current series average 2.9mm (unofficial, overnight) average level (possibly 3.2mm considering recorded viewing) from a series peak of 5.8mm in Big Brother 3.  These engaged viewers are also active in shaping the views of the press and public at large.

There are 650 words of user comment in the “other” section, which are available in full, on request in an anonymous form.

When we asked the optional question – What changes to the format (eg new features, presenters or going back to older formats) would you like to see on a new channel? Tell us as little or as much as you like, we’re listening. The above chart speaks for itself.

On a scale of 1-5, with 5 being the highest how important are/were the following presenters (past and present) to your potential FUTURE viewing of the show?

On a scale of 1-10, with 10 being the highest, how important do you feel the show’s “Geordie” (actually Teeside) narrator Marcus Bentley is to your enjoyment of the show? Data will also be available to fans of the show at a later date.

Charlotte Ralph writes for Survation and has an Msc from the LSE (London School of Economics and Political Science) [2008-2009] (Msc Gender and the Media) B Soc. Sci. Politics and International Relations programme Manchester University [2005 -2008] 1st class degree with honours.