Does shooting game birds reflect the values of the countryside?

A recent poll on behalf of the League Against Cruel Sports shows that the majority of people living in rural areas in England and Wales do not take part in the shooting of game birds and do not think it reflects their values. 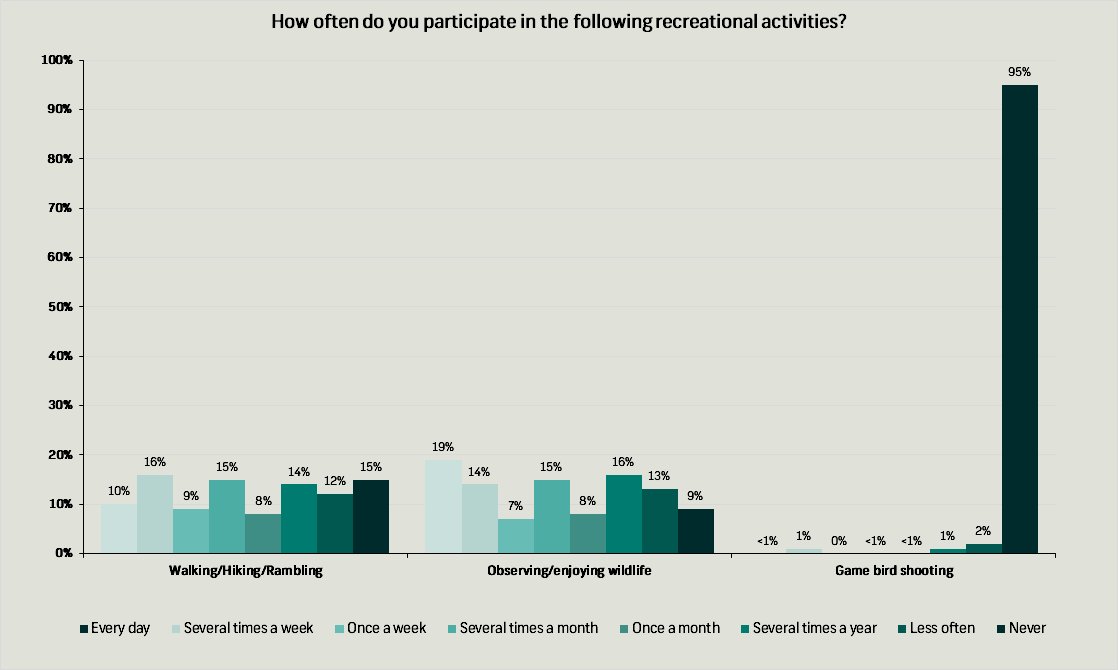 This lack of participation in the shooting of game birds is reflected in the percentage who agreed that the activity reflects the values of the countryside, 24%. 53% disagreed and the remaining respondents said neither or that they did not know. Comparatively, nine out of ten (91%) agreed that observing nature is an activity that reflects countryside values. 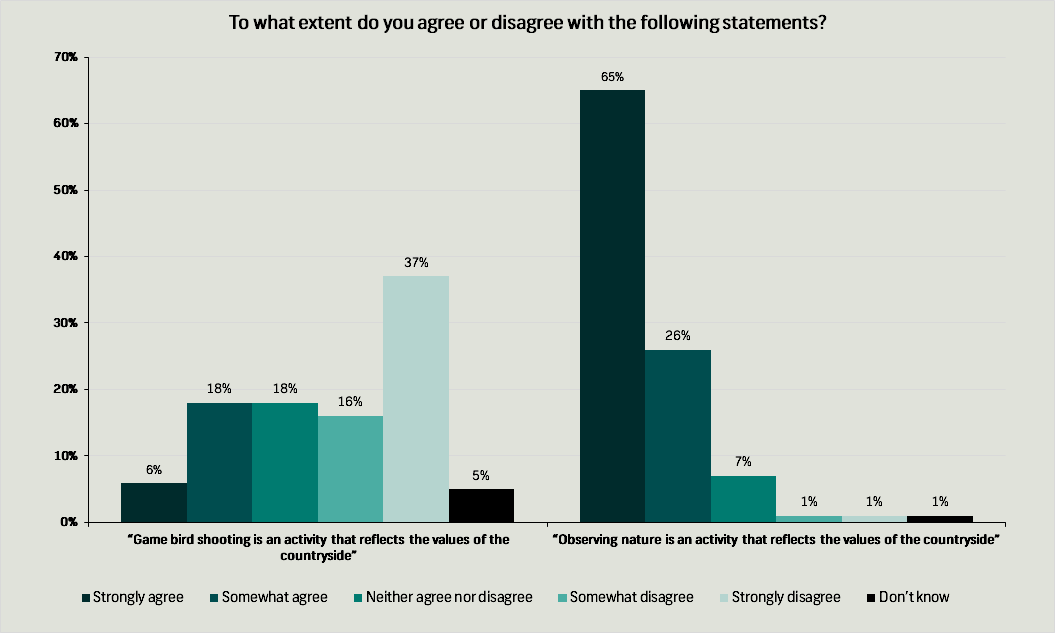 Respondents were also asked to rank the top three recreational activities that they thought were most in keeping with the values of the countryside. 82% of respondents listed observing/enjoying wildlife as one of their top three  and 81% listed walking/hiking/rambling. Only 5% put game bird shooting amongst their top three. 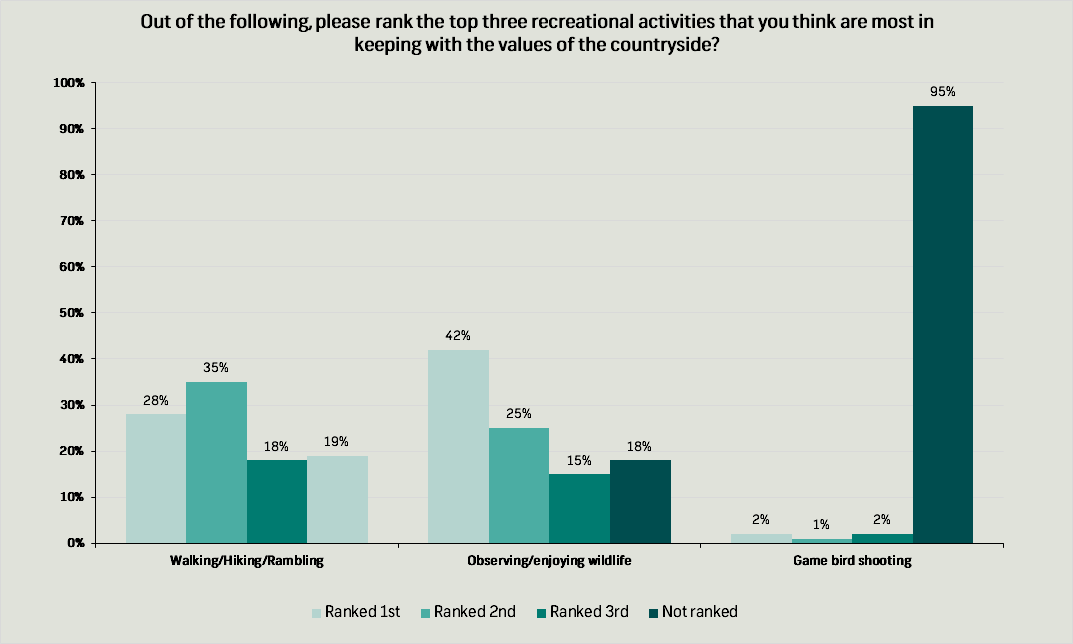 Survation also recently explored how people living in rural areas in England and Wales viewed hunting with dogs. Analysis can be found here.

Survation conducted an online poll of 1,072 people aged 18+ living in rural areas in England and Wales. Fieldwork was between 7th-14th December 2018.

Respondents were targeted if they lived in an area of England and Wales classed as rural by the Office for National Statistics. Responses were then weighted by age, sex and region using data from the ONS’s Small area population estimates for England and Wales, mid-2017 to ensure the sample was representative of the population surveyed.