Polling conducted 18th-19th October of 1,617 UK adults found Labour further extending their lead over the Conservatives, in a sign that new Chancellor Jeremy Hunt’s reversal of many of the controversial mini-budget plans is yet to install confidence among voters. Labour’s lead has extended 8 points to 29 points since polling conducted September 29th. 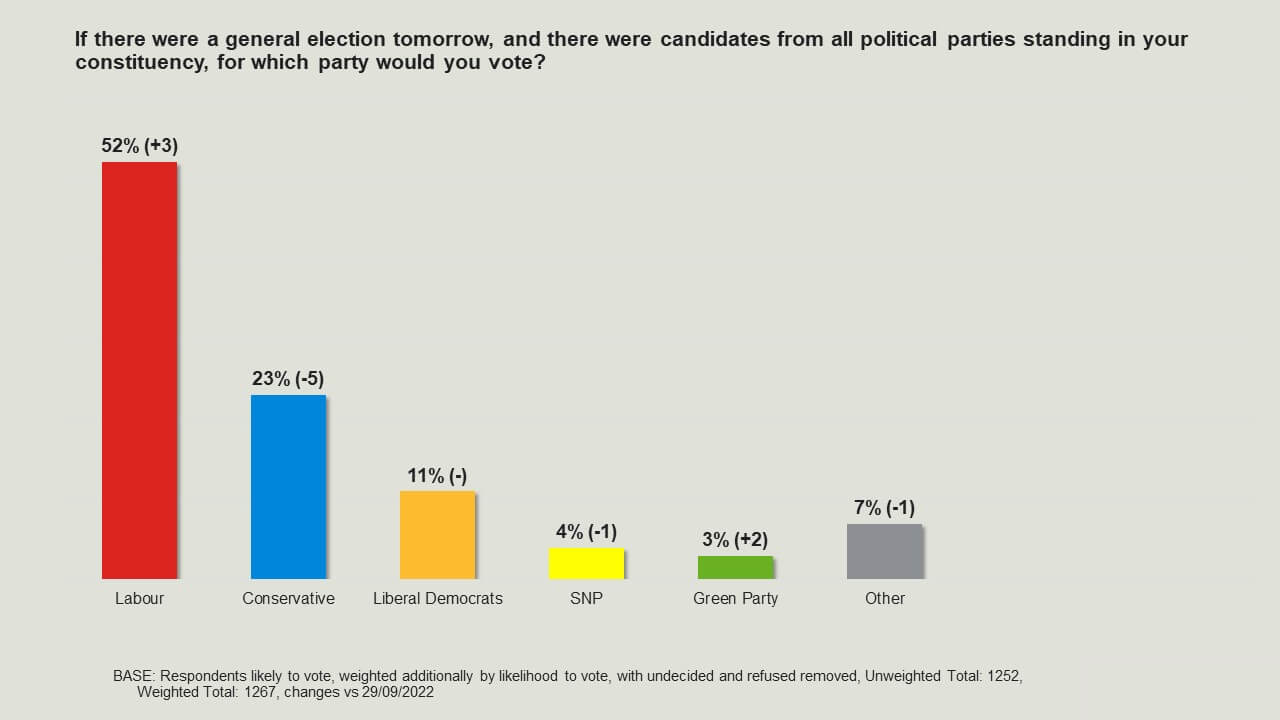 Voters who backed the Conservatives in the 2019 general election continue to move to Labour. 28% of these voters who are not undecided are now saying they would now vote Labour. 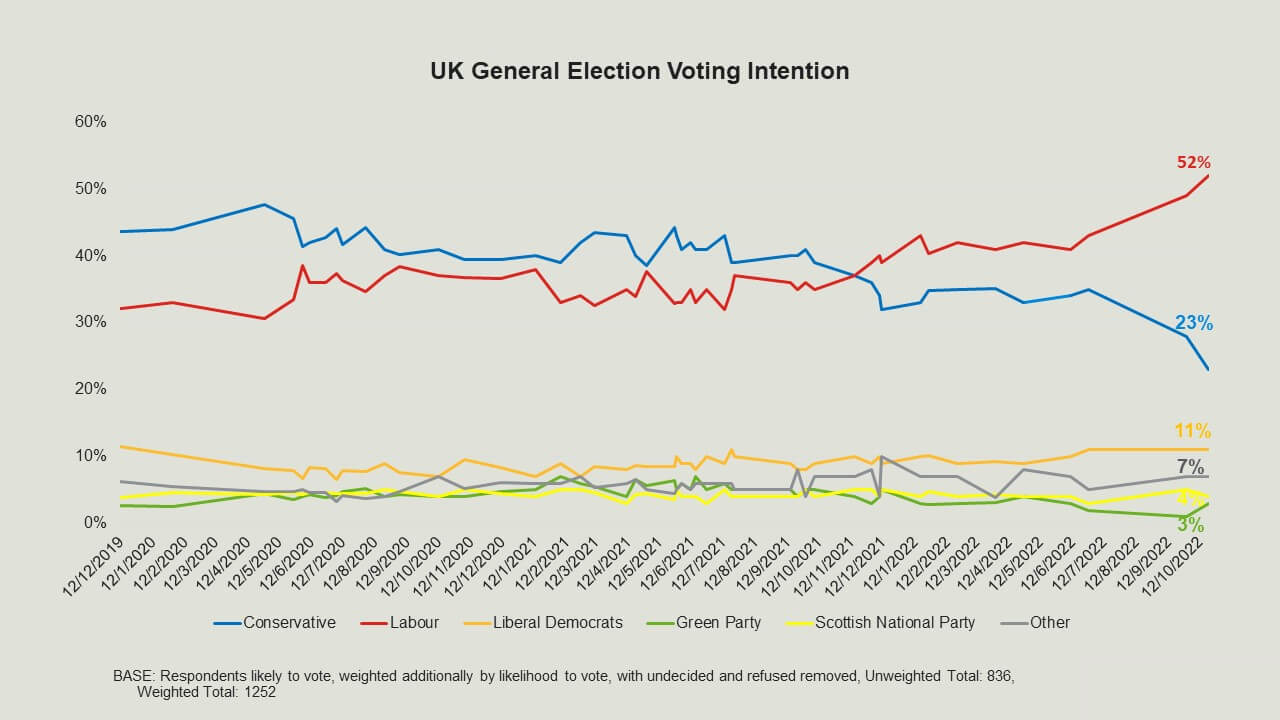 Liz Truss has dropped to a net favourability rating of -59% from -32% at the end of September and -25% within her first month as Prime Minister, significantly below that seen by Boris Johnson at the lowest point of his premiership in July (-32%). 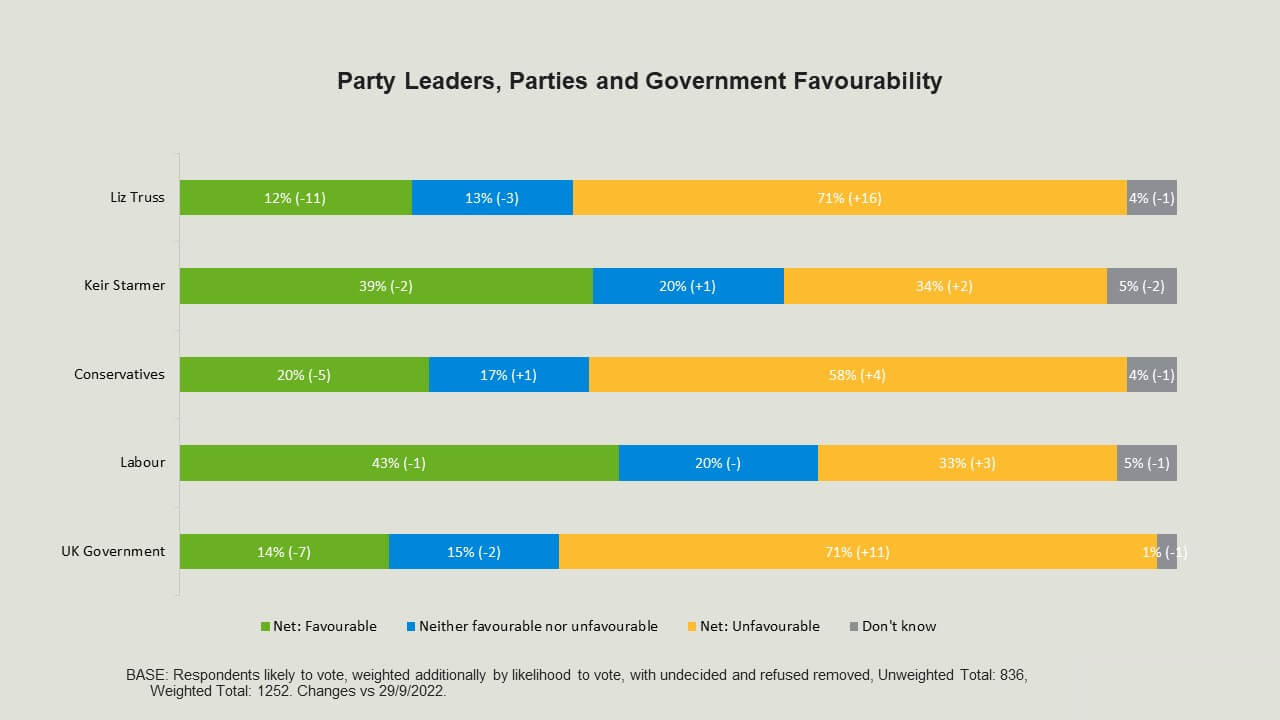 When the public are asked about our “best Prime Minister” tracker question they are now towards 3 times more likely to say Keir Starmer than Liz Truss. Looking at the cross breaks, Starmer is even ahead of Truss among Leave voters (41% vs 18%) and Conservative 2019 voters (32% vs 24%) 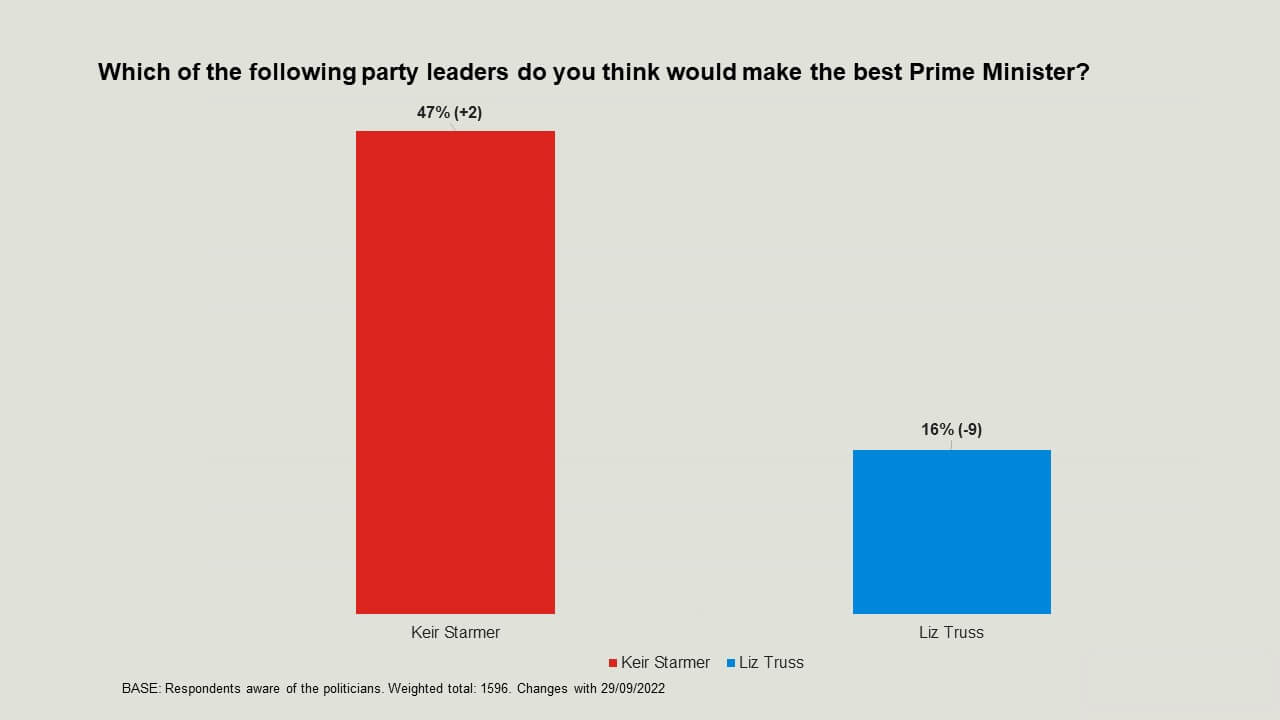 The new Chancellor, Jeremy Hunt is considered “competent” by 33% (37% would not say that, 27% don’t know) – somewhat better than the Prime Minister’s lowly 10% competence rating: 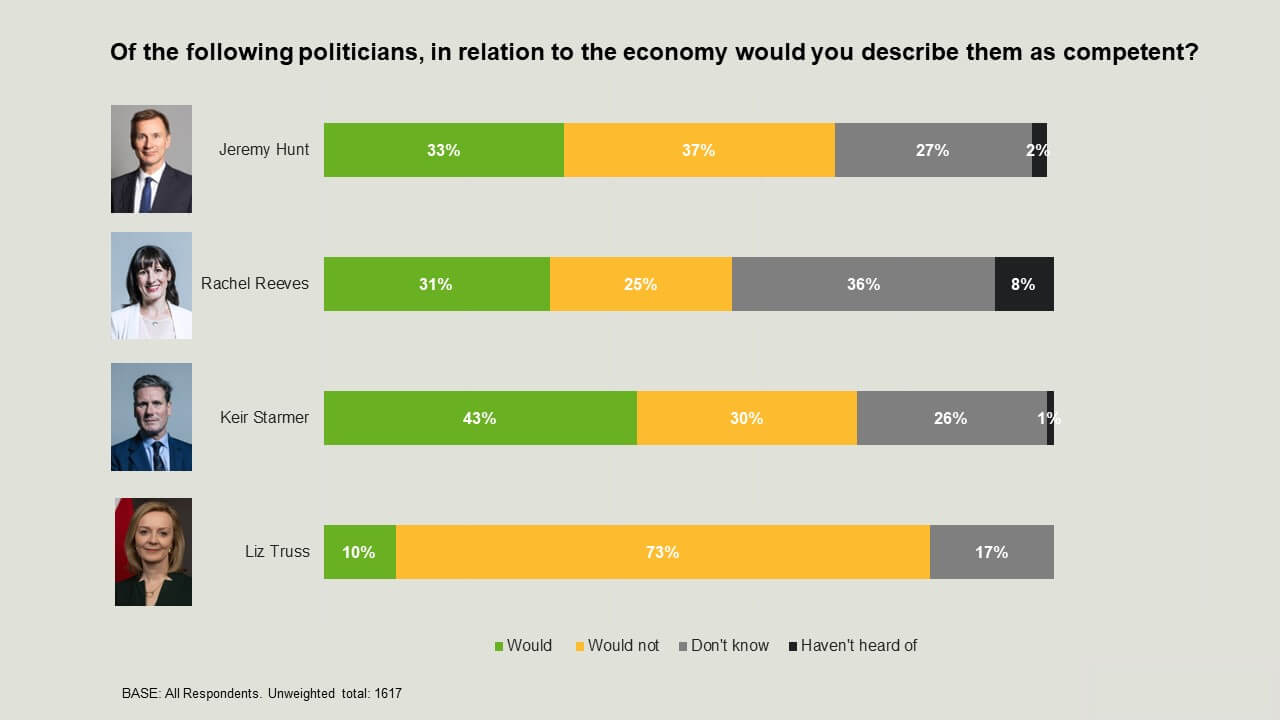 However put against Labour’s shadow Chancellor, Rachel Reeves in a forced choice, 60% say they trust Reeves more with the economy:

Data tables for this research can be found here. Survation conducted online polling of 1,617 adults in the United Kingdom on 18th-19th October.