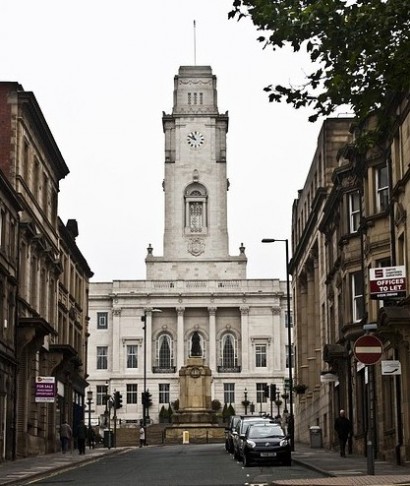 As we reach the final days of the Barnsley Central by-election campaign a Survation poll has shown that the Labour candidate Dan Jarvis will almost certainly replace the disgraced Eric Illsley in Parliament. As Labour have held this seat (and its predecessor) since 1935 this isn’t really a surprise, however in which order the other parties line up behind the expected winner is worthy of at least a passing interest. The poll does not look very good for the Liberal Democrats and, to a lesser extent, the Conservatives. The former look set to lose a huge chunk of their vote share to Labour and the latter may well leak a few votes to UKIP. On the face on it this LD>LAB swing is huge; 13.5% since last May. It is certainly a lot higher than a uniform swing based on current polling would show. So why is there likely to be such a big swing towards Labour in Barnsley tomorrow? The answer is linked to how poorly Labour have performed in recent elections as a result of their falling popularity and the conduct of the outgoing MP.

Labour have not only dominated this corner of the world historically, 13 years in power hasn’t significantly diminished their influence locally. They control Barnsley Council and they are the only political party to hold any seats within the Barnsley Central constituency. Conversely the Liberal Democrats are virtually non-existent in the Yorkshire town. They do not hold a single seat on Barnsley Council and bar Sheffield and, to a lesser extent, Kirklees they aren’t that strong in the surrounding area either. As we illustrated in the run up to the Oldham East & Saddleworth by-election strong local election performances don’t necessarily translate into success at constituency level. However, it does man a party enjoys a more solid base of support for Westminster elections.

Without a strong local presence the Liberal Democrat vote in Barnsley Central is very much linked to Labour’s. The Lib Dem (and Alliance) vote share in this constituency since it was established has mirrored Labour’s rise and fall. As Labour recovered from their poor result in 1983 the Lib Dem/Alliance vote fell until Blair’s landslide victory in 1997. That year Eric Illsley won 28000 votes, which equated to 77% of the vote share, but a combination of Labour’s increasing unpopularity and Illsley’s expenses controversies reduced this to 17500 votes (47%) last May. The Lib Dems increased their vote share by around 8% during the same period and, considering how weak the party is locally, this is likely to be down to Labour supporters staying at home or casting protest votes.

With Labour now in opposition, and Illsley gone, it would have been difficult for the Liberal Democrats to hang on to these voters even if they had turned down the opportunity to enter into a coalition Government with the Conservatives. As South Yorkshire is an area of the country which is unlikely to endorse the third party’s decision to support the Tories, and their plans to deal with the deficit, the Lib Dems should have already prepared themselves for a pasting in this by-election.

The Conservatives should fare a little better purely because their core vote here appears larger than the Liberal Democrats’. However, the poll shows that UKIP are likely to pick up votes as Tory supporters on the right of the party look to register their own protest against the current Government. As a result the most interesting aspect of this by-election is whether the anti-EU party can pip the Lib Dems into third place. As Survation found very few people actually expressing any intent to vote for the Lib Dems (their headline 6% is thanks to the reallocation of undecideds) it would seem UKIP are the likely victors in this battle. The Liberal Democrats will have to hope their core vote in this constituency is enough to save their deposit in what is likely to be a low turnout by-election.