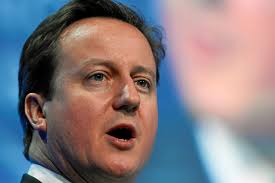 History Lessons for Cameron: election of the century in 2015?

The challenge facing David Cameron in securing a Conservative majority at the next general election is hard to understate. To put things in perspective, here’s a quick lesson from British political history…

No Prime Minister who has been in office for over 18 months has increased their party’s share of the vote in a General Election since Lord Salisbury in 1900, in an election that took place at the height of the Boer War and at a time when women and 40% of men were not yet allowed to vote.

Before Lord Salisbury, the previous Prime Minister to achieve this feat was the Earl of Liverpool in 1826, and before him William Pitt the Younger in the 1790s, (before Act of Union that formed the UK).

To put this another way, no Prime Minister of the United Kingdom with a seat in the House of Commons has ever done what Cameron needs to do in 2015.

The people that have come closest:

– Margaret Thatcher in 1983 increased her number of seats but not votes (following victory in the Falklands War).

– Harold Wilson in 1966 and October 1974 and Stanley Baldwin in 1924 increased votes and seats (and Herbert Asquith in 1910 increased votes but not seats), calling elections less than 18 months after previous narrow majorities / minority governments in hung parliaments.

– Anthony Eden in 1955 increased votes and seats, having succeeded Churchill mere weeks before the election. The economy was booming, food rationing had ended the previous year and Queen Elizabeth II crowned the year before.

– Andrew Bonar Law in 1922 increased Conservative votes and seats, but Lloyd George of the Liberal Party had been coalition Prime Minister since the last election in 1918. Since 1918 most of Ireland had left the UK (reducing the overall electorate) and Lloyd George had become personally tarnished by the selling of knighthoods and peerages.

This 1922 election is probably the closest example of any for Cameron to try and emulate, suggesting he should try to pin as much of the responsibility for government failures onto his coalition partners and Nick Clegg as he can, whilst secretly hoping that the SNP succeed in their campaign for Scottish Independence.

Unfortunately for Cameron, the election of 1922 offers another lesson for Conservative Party leaders in coalition. The winner of the election, Andrew Bonar Law, had not been the leader of the Conservative Party in coalition before the election. That man, Austen Chamberlain, was forced out shortly before the election in an infamous Carlton Club meeting of his own Conservative MPs. Fed up with the compromises of coalition government and what they saw as their own leader’s cosy deference to the leader of the minority Liberal Party, they voted for a motion demanding an end to the coalition and forced Chamberlain’s resignation. Cameron would do well to bear in mind the immortal phrase, “those who cannot learn from history are doomed to repeat it.”