New polling on behalf of the Fawcett Society of people aged 18+ living in the UK has highlighted the impact that gender stereotyping during childhood can have on the key decisions people make throughout their life. 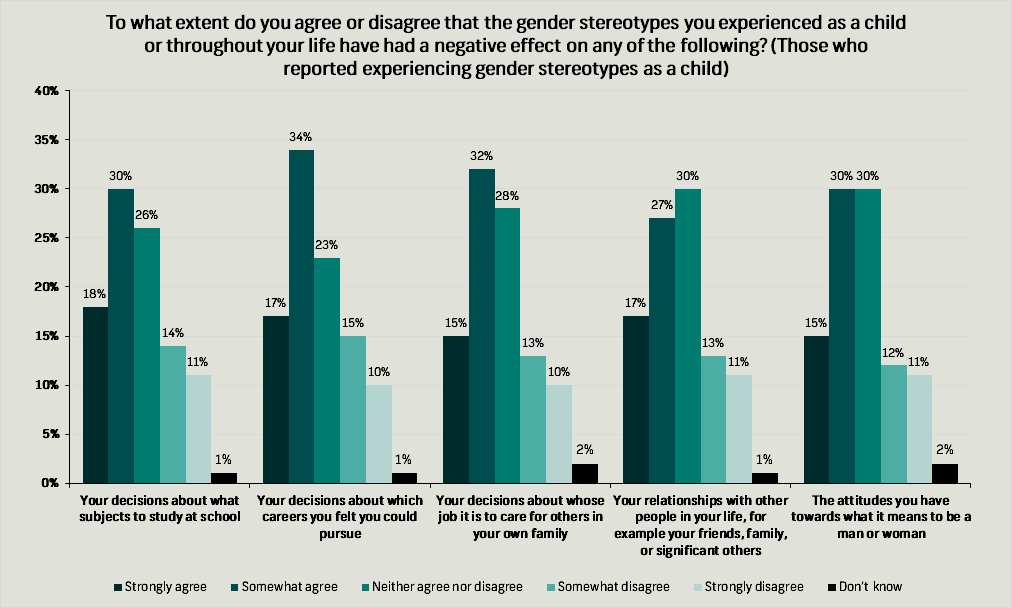 When looking more broadly at the impact of gender stereotyping, half of all respondents agree that stereotypes about what girls and boys can or should do have a negative effect on people’s perceptions of what it means to be a man or a woman. Only 10% disagreed with the remaining respondents saying they neither agreed nor disagreed or did not know. 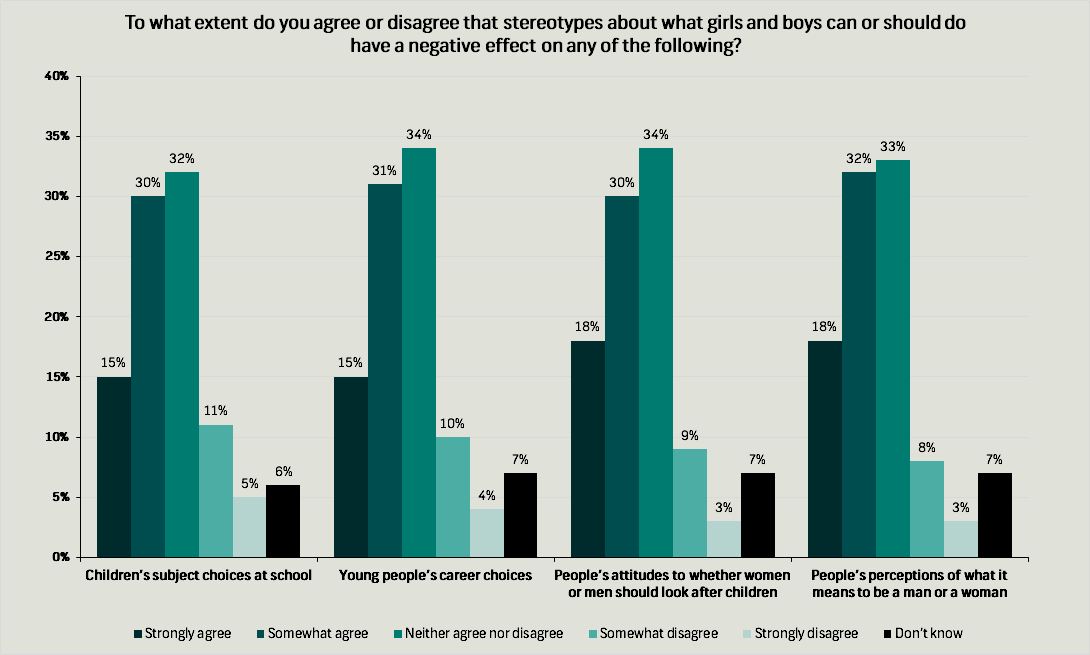 45% agreed that stereotypes about what girls and boys can or should do have a negative effect on children’s subject choices at school, 46% agreed the stereotypes negatively affected young people’s career choices, and 47% agreed they impacted people’s attitudes to whether women or men should look after children.

Respondents were asked whether they agreed or disagreed that the Government should take action to challenge gender stereotypes about what girls and boys can do. 46% agreed while only 19% disagreed. 30% said they neither agreed nor disagreed and 5% said they did not know. 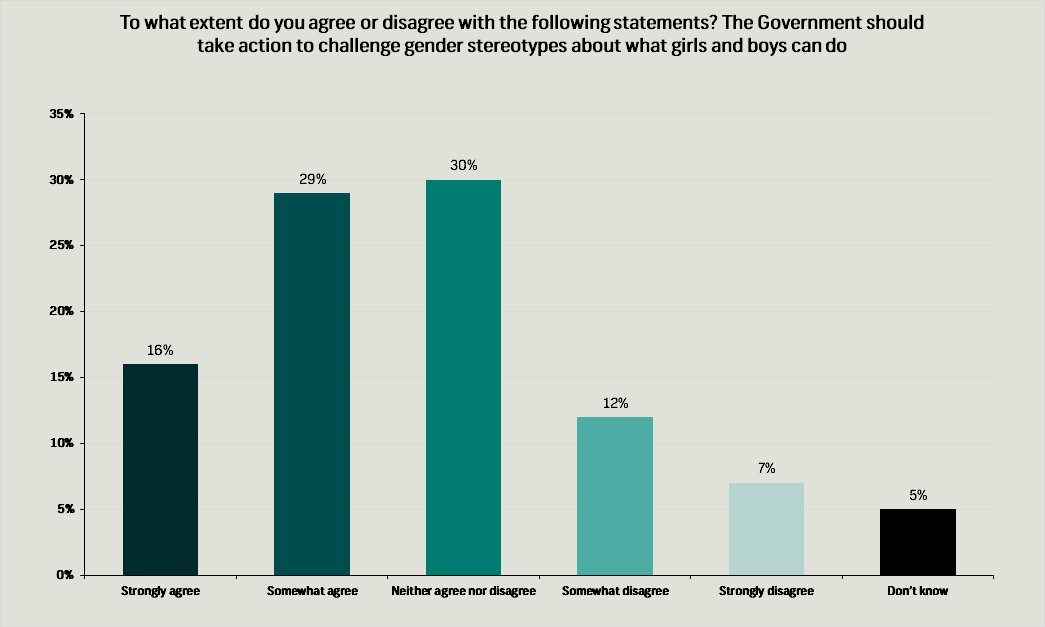 Survation polled 1018 people online aged 18 and over in the UK on behalf of the Fawcett Society.

Fieldwork was conducted between 18th-19th February 2019.