In terms of vote share, were these types of figures seen at the next General Election a Labour lead of this size would easily make Labour the largest party in the Commons with over 300 seats, albeit short of an overall majority. 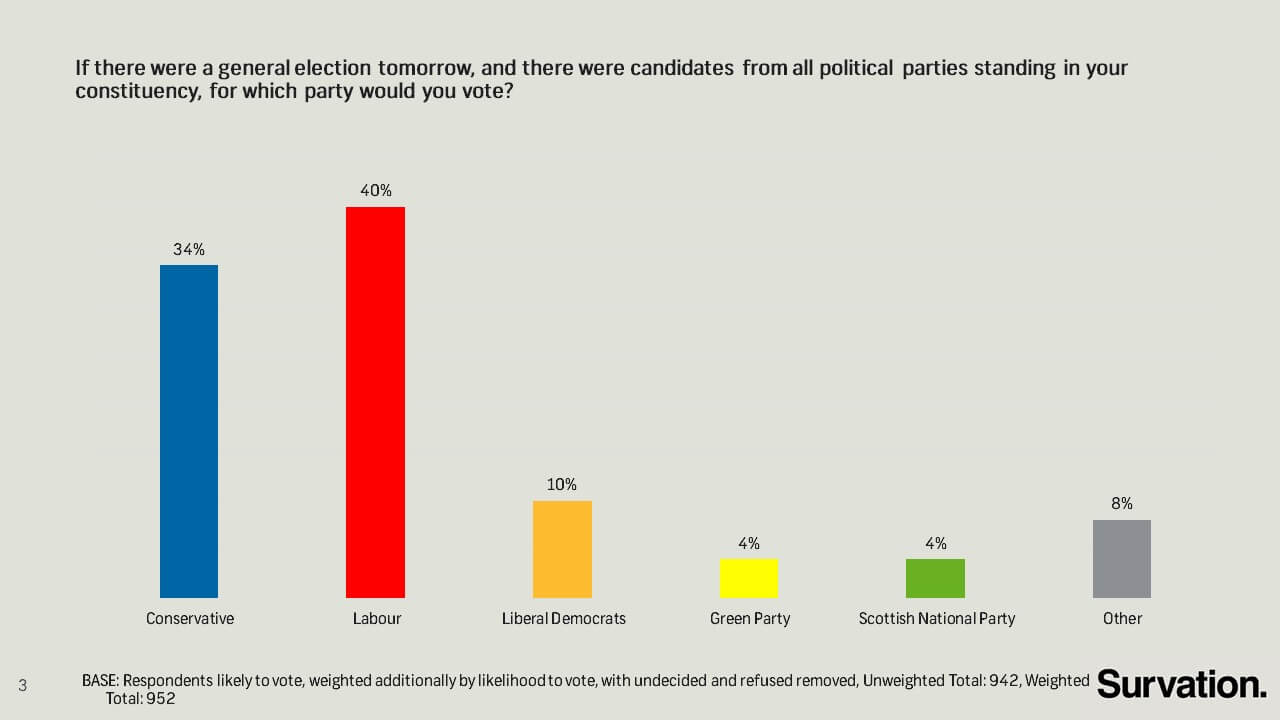 The majority of the public, including a large proportion of Conservative voters, take a negative view of the Government’s various attempts at explaining the allegations of a Christmas party taking place in Downing Street last December while many parts of the country were forbidden to gather indoors for any reason.

Boris Johnson’s own net leadership ratings have fallen by 12 points since October, with a current net rating of -23 points, while Keir Starmer’s net ratings have risen 5 points in the same time period to -2 points. 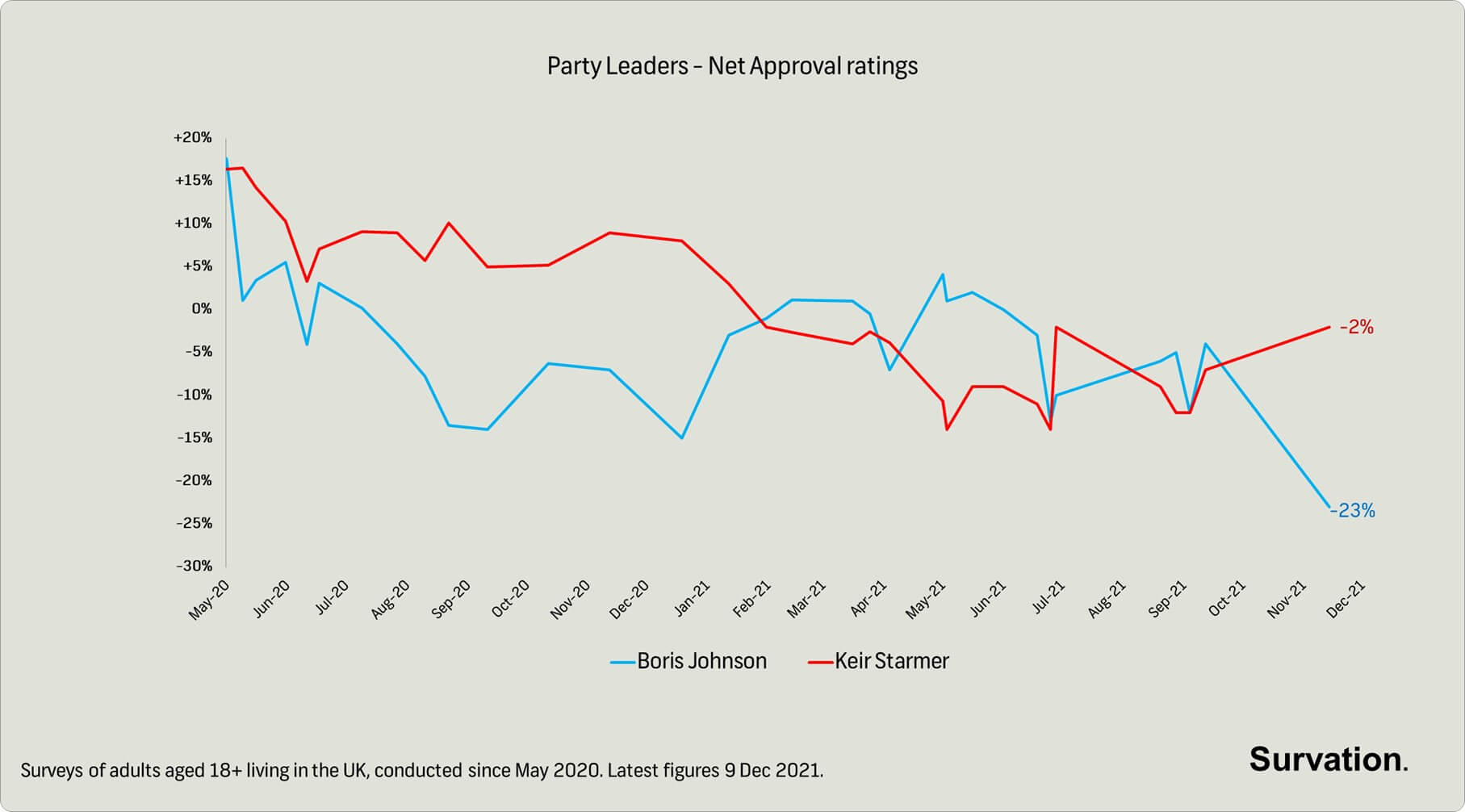 Court Of Public Opinion Rules against The Government

Data Collection Method The survey was conducted via online interview. Invitations to complete surveys were sent out to members of the panel

Full details of questions asked and responses are in the linked data tables: