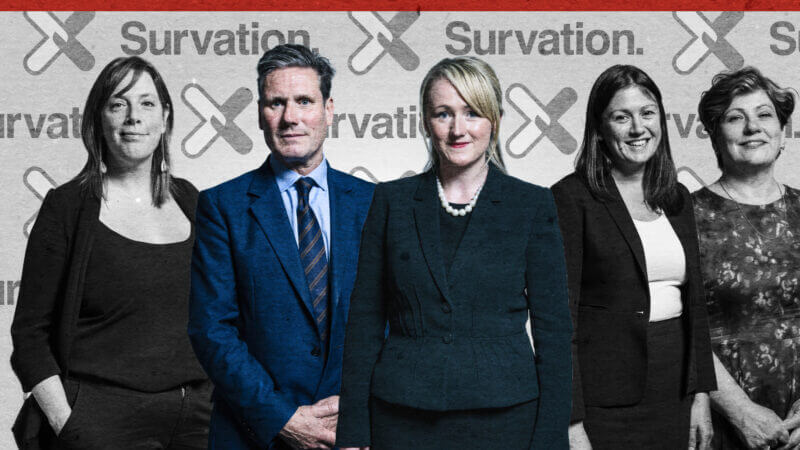 A recent poll of Labour Party members on behalf of LabourList has found that the Labour leadership race is an open contest, although the race for the deputy leadership is currently much more one-sided.

At this early stage, 34% of respondents said they were currently undecided as to which candidate they were likely to vote for in the leadership contest at this stage, with 41% saying the same for the deputy leader race.

Many candidates were less familiar to respondents (details below) and the results should be taken in that context. Labour Members are a key cohort of those eligible to participate in Labour’s Leadership Election vote. Later in the contest, polling will consider the views of Trade Union affiliated supporters and the (as yet unknown) views of newly registered supporters.

When asked to rank the standing candidates in order of preference, Rebecca Long Bailey is narrowly more popular than Keir Starmer – with 42% selecting the former and 37% the latter. No other candidate comes close on the first preference (the poll included Clive Lewis who then subsequently stood down).

(Base: Current members of the Labour Party who know the candidate they will vote for) 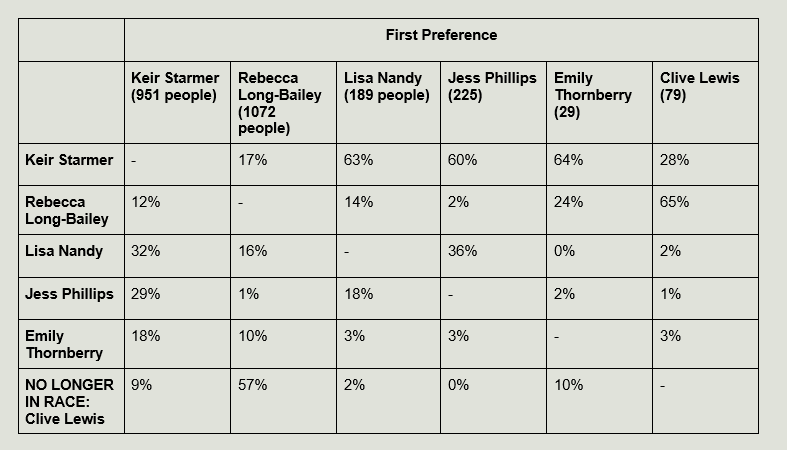 Amongst the group who said they were undecided, Keir Starmer and Rebecca Long Bailey are neck and neck with 35% ranking Starmer first and 34% doing the same for Long Bailey.

Among those who said they knew who they would vote for, only 32% said they were completely certain their preferences (10 out of 10) wouldn’t change.

In the contest for the deputy leader position, Angela Rayner is the clear favourite with 60% selecting her as their first preference, taking her above the required 50% threshold. Richard Burgon is the next most popular with 19% selecting him first and Dawn Butler is the most popular second choice with 29% selecting her second. Ian Murray has the highest percentage ranking him last (39%) followed by Burgon on 31%. The poll also included Khalid Mahmood who like Clive Lewis subsequently dropped out.

(Base: Current members of the Labour Party who know the candidate they will vote for)

The rankings of the deputy leader candidates are less fixed with 50% placing themselves between 7 and 10 on the 0-10 scale and only 18% specifically saying 10.

Respondents were asked on a 0-10 scale how familiar they were with the candidates and their policy platforms. Keir Starmer has the most well known policy platform with 77% of respondents putting 7-10 on the 0-10 familiarity scale. Emily Thornberry has the lowest percentage selecting this score (37%) but excluding Clive Lewis, Lisa Nandy has the highest percentage saying they are unfamiliar (24% selecting 0-3 on the 0-10 scale).

Knowledge of the deputy leaders’ policy platforms are lower than for the leaders. Angela Rayner has the highest familiarity rating with 67% selecting 7-10 on the 0-10 familiarity scale, Richard Burgon is second with 50%. Out of those still standing, Ian Murray and Rosena Allin-Khan are the least well known with 63% of respondents selecting 0-3 for Ian Murray and 60% for Rosena Allin-Khan. 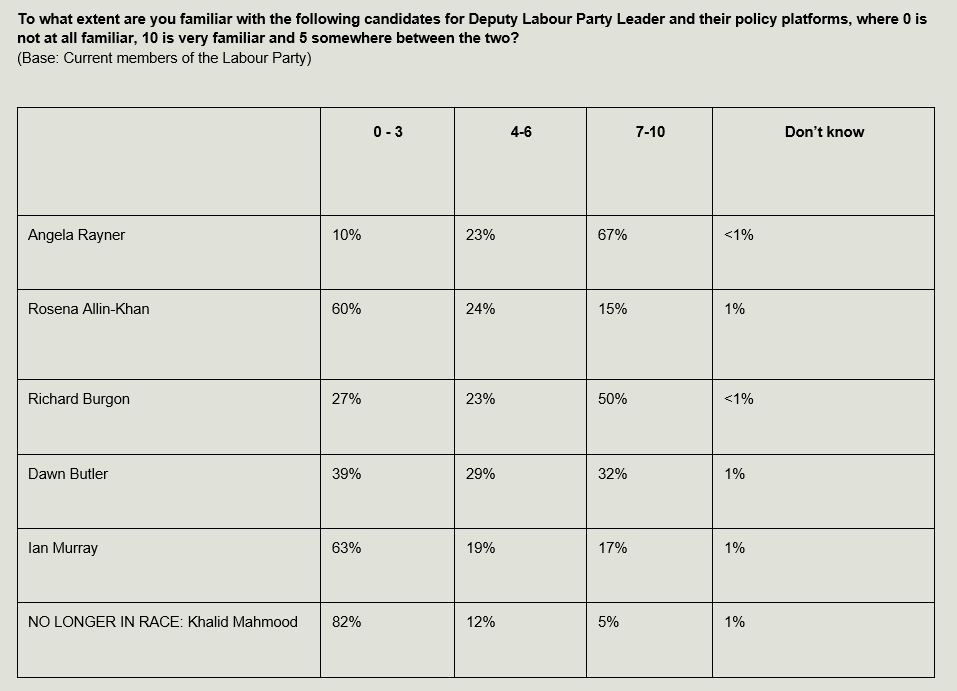 Full data tables and methodology can be viewed here and a summary presentation of this polling can be found here.