Survation conducted a constituency poll in Wakefield ahead of the by-election on 23rd June. Polling of 519 residents was conducted via telephone and online panel between 24th May and 1st June 2022.

Headline voting intention – 56% said that they would vote for Labour in the upcoming by election, with 33% saying that Conservatives would win their vote, putting Labour at a 23 point percentage lead. Reform UK are on 3% along with Independent candidate Akef Akbar, with the Lib Dems and Green Party on 2%.

The seat was won by Conservative Imran Ahmad Khan in 2019, turning the seat blue for the first time since 1932. Following his expulsion from the party and resignation, the Tories are set to lose the seat to Labour. 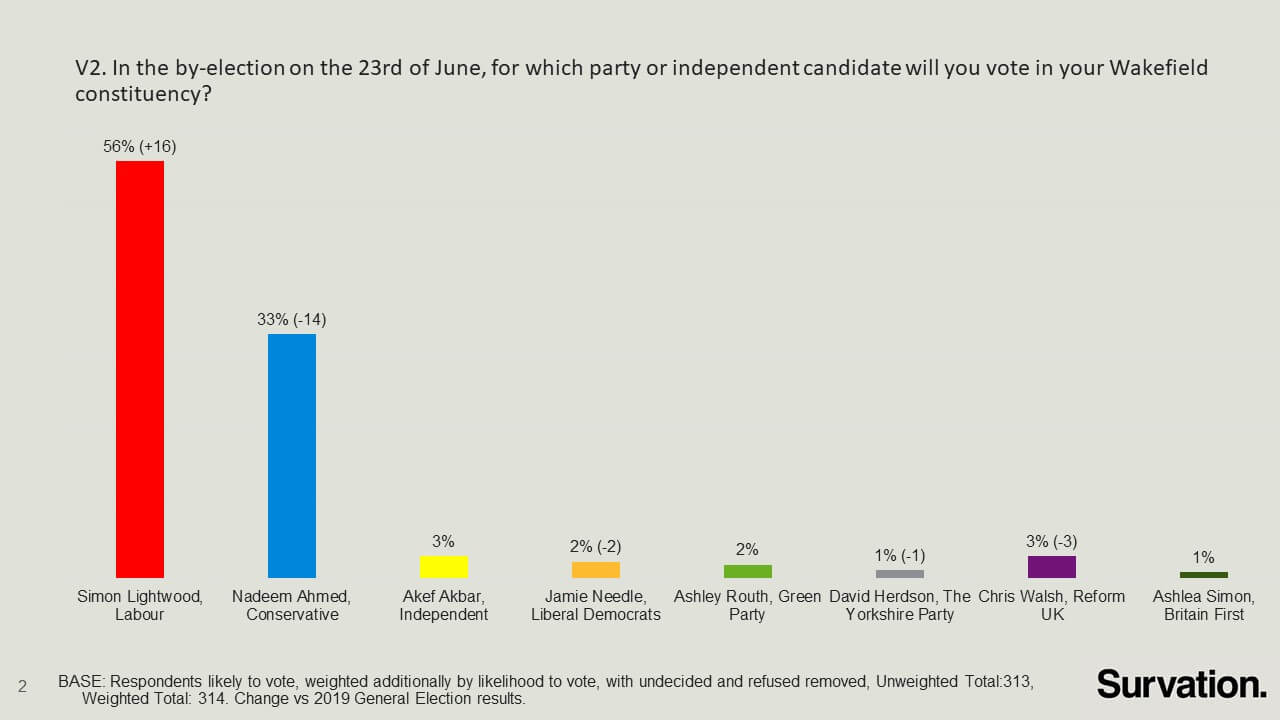 Significantly, considering Conservative voters from 2019,  the polling has 14% switching to Labour, while 18% are still undecided. And while we see vote switching from Conservative to Labour ahead of this by election, we did not interview a single voter who has switched the other way (from Labour to Conservative).

55% of respondents view Boris Johnson unfavourably including 37% of 2019 Tory voters and 47% of 2016 Leave voters, despite Johnson’s claim to have “got the big calls right” which includes “getting Brexit done”. 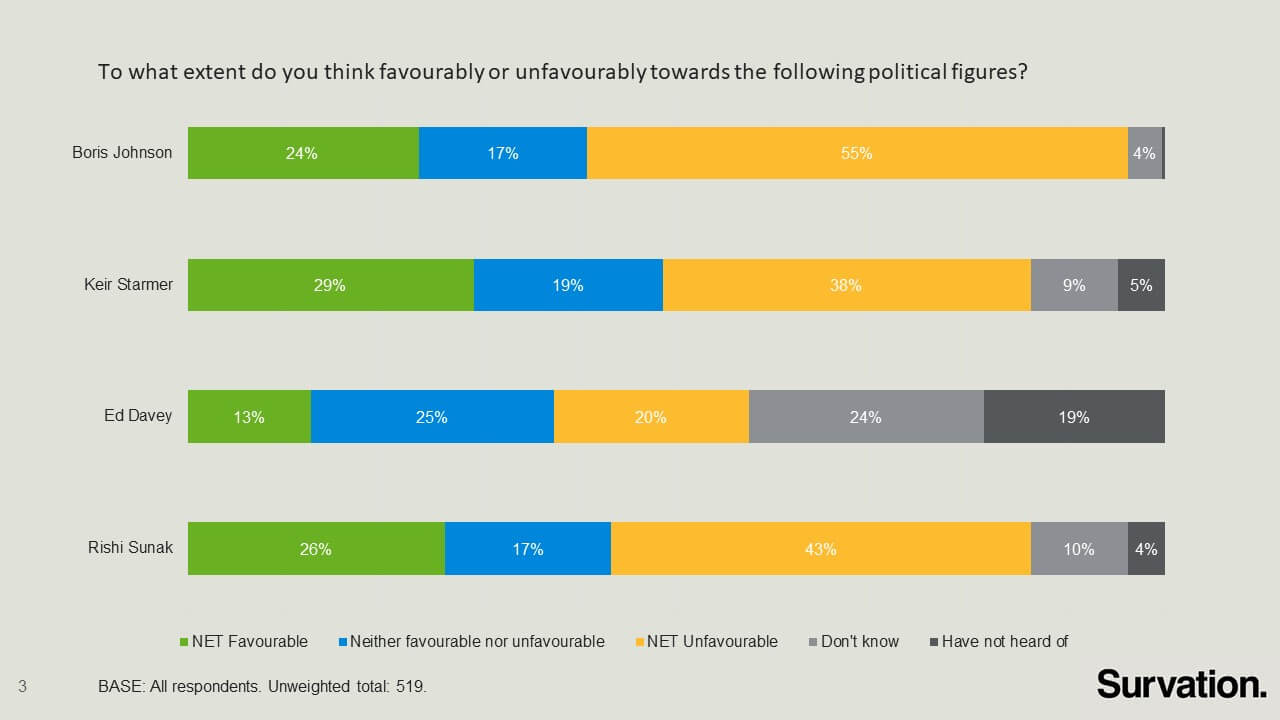 Rishi Sunak (43% unfavourable) and Keir Starmer (38%) are less unpopular than Johnson with Wakefield constituents, but both have net negative approval ratings (-17%, -8%) respectively.

51% of all respondents view the Conservative party unfavourably, with a net approval rating of -24. The party overall was seen less unfavourably than Boris Johnson. 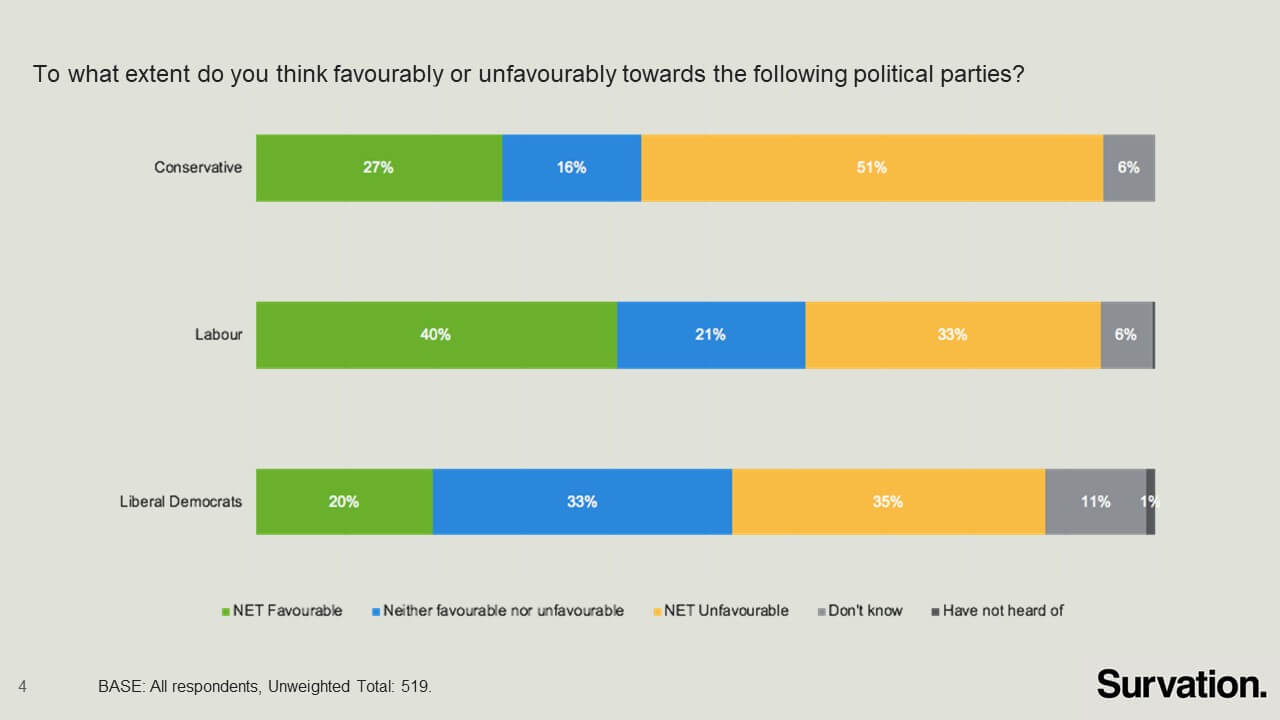 Incumbent Prime Ministers have an in-built advantage in terms of “best Prime Minister” questions, notwithstanding that,  respondents in Wakefield made it clear that they would prefer Keir Starmer as PM. 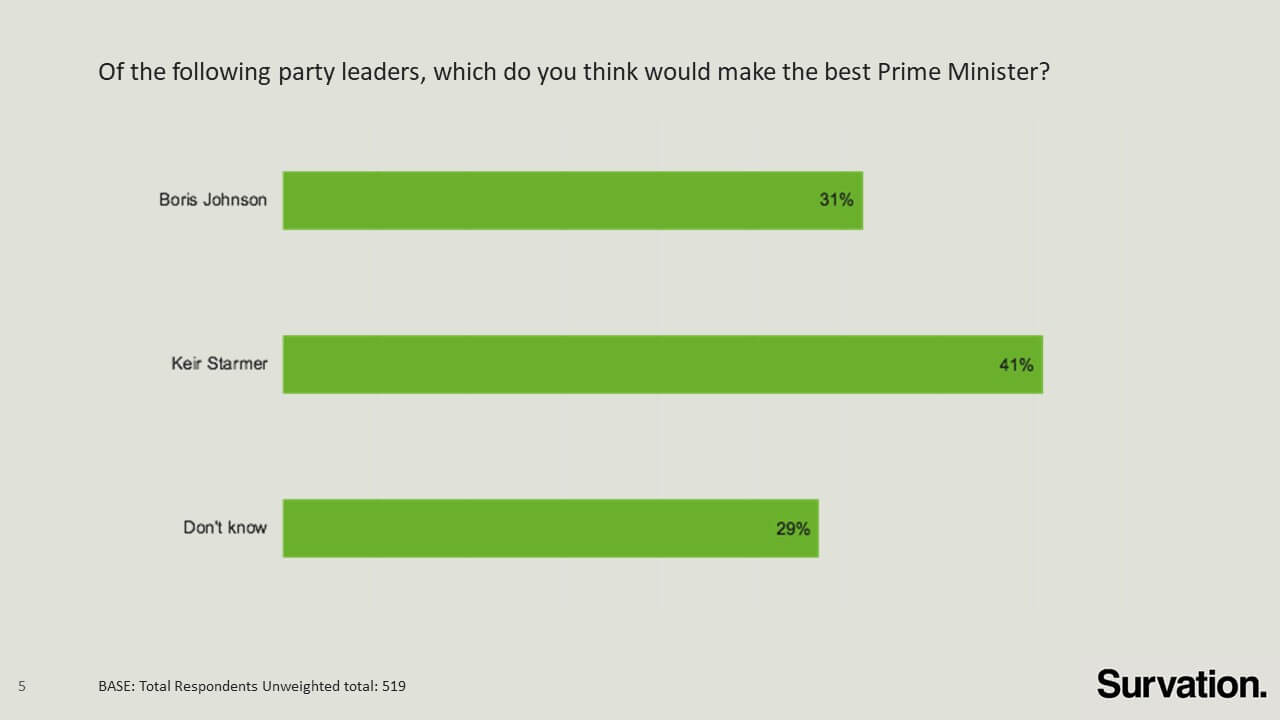 Residents in Wakefield remain concerned about the ongoing cost of living crisis. 20% said it was the number one issue that they wanted the new MP for Wakefield to focus on. The ‘Beergate’ allegations over Keir Starmer drinking a beer in a constituency office were low when deciding on how they would vote in the upcoming by-election in comparison to the NHS, increased bills and education. 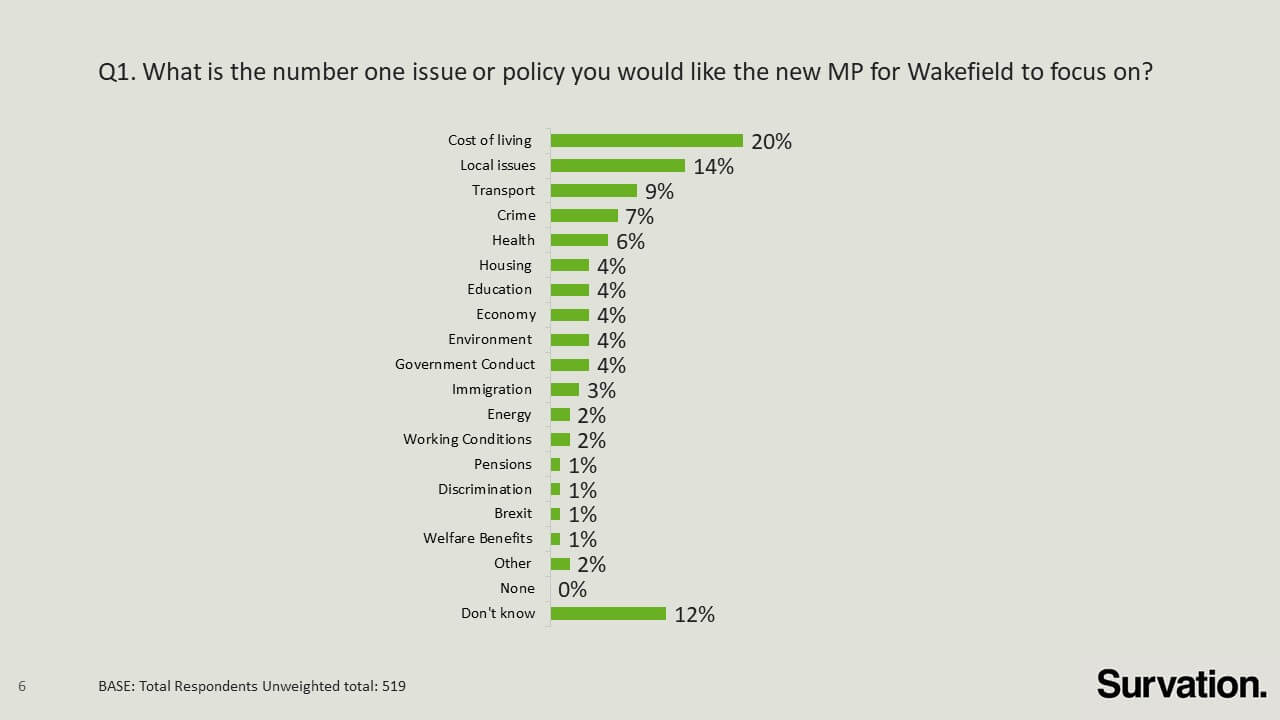 In terms of Partygate, only 13% of Wakefield voters believed that Boris Johnson told the truth, and 76% believed he lied. 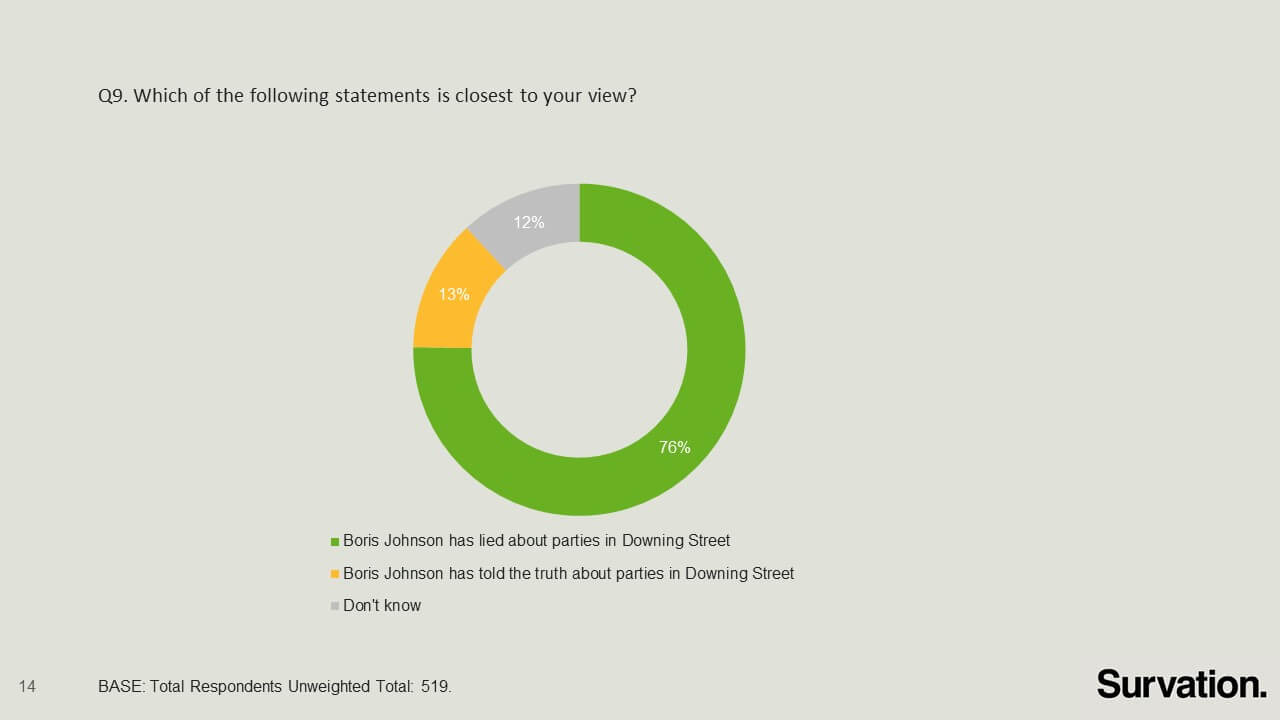 While this poll was conducted prior to the government’s announcements of new cost of living measures, 74% of respondents believed that the government was not doing enough to tackle the current price increases. 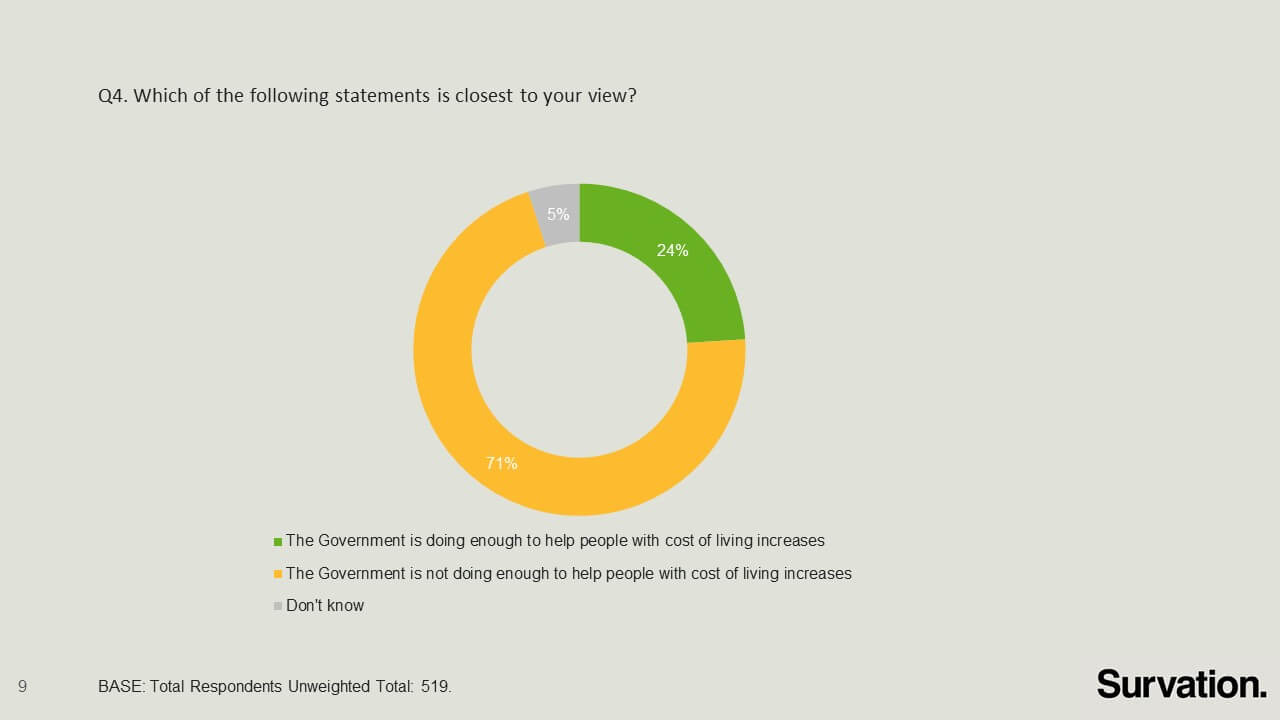 The tables for this research can be found here. Survation conducted online and telephone polling of 519 adults in Wakefield on behalf of 38 Degrees, between the 24th May and 1st June 2022.