With pressure continuing to mount for Boris Johnson amid calls to resign over lockdown parties, our latest poll for 38 Degrees shows Labour leading with 43% – their highest vote share in a Survation poll since December 2017.

Since admitting that he attended a garden party at Downing Street during the May 2020 lockdown, the Prime Minister has been called on to resign from the opposition and now from within his own party, with former Conservative minister David Davis urging Boris Johnson to go this week during PMQs.

This loss of confidence in the Prime Minister and his government is echoing throughout his base. Our polling for 38 Degrees found perceptions of the government and Boris Johnson have taken a severe hit since November among their voters. 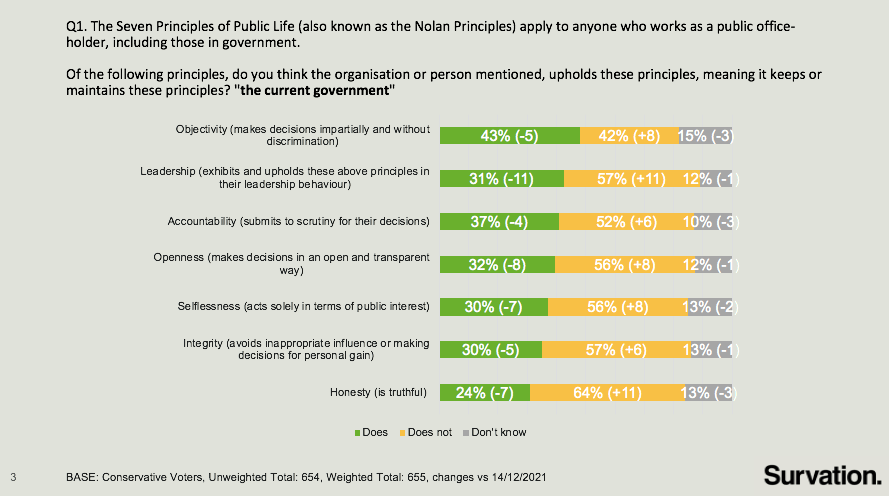 This decline in Conservative voters’ perceptions is even more dramatic for Boris Johnson himself, with 7 in 10 (68%) of them saying the Prime Minister is dishonest, a massive increase since November (43%) and December (51%).

Boris Johnson is also seen as lacking accountability and leadership among his base, with well over half (56%) of Conservative voters from 2019 believing the Prime Minister does not hold himself accountable and 6 in 10 (59%) of them believing he does not show leadership, an increase from 44% in December. 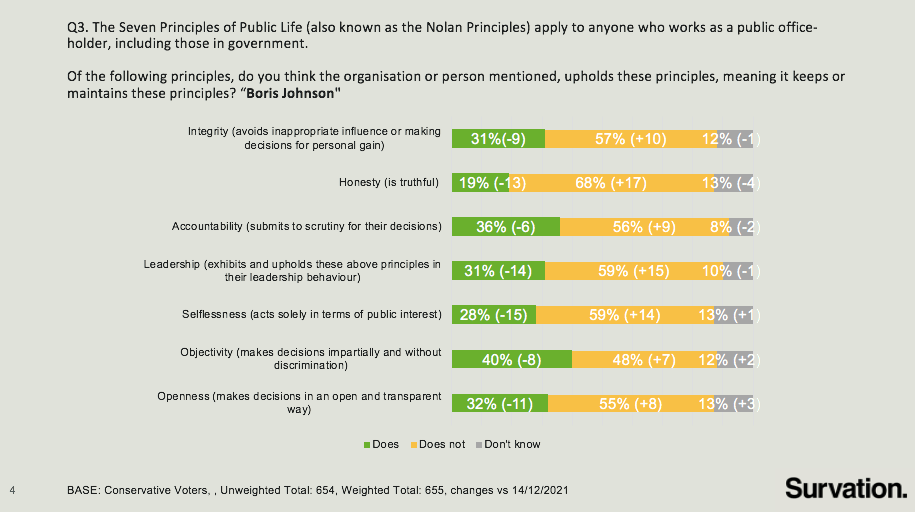 The increasingly dim view of the Prime Minister among the public including his own voters is threatening his position in the party. Boris Johnson has so far managed to resist pressure to resign while Conservative MPs have publicly announced submitting letters to trigger a vote of no confidence, yet his reliance on Sue Gray’s report as a justification to hold on to power is not translating with his base.

While the Prime Minister says we need to wait for the outcome of the report, our polling for 38 Degrees shows almost half of Conservative voters from 2019 (46%) say they do not have confidence in the government’s process for investigating these allegations. 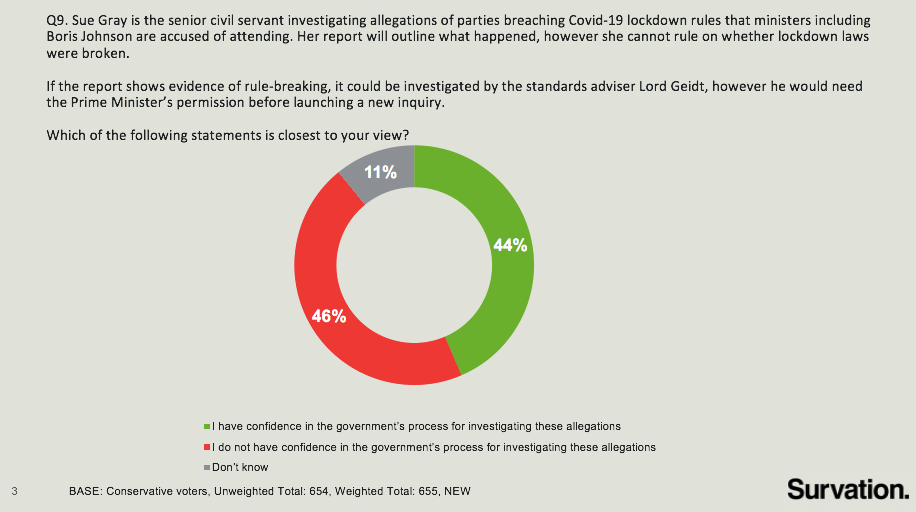 Among the general public this increases to 6 in 10 who do not have confidence in the government’s process for investigating lockdown party allegations in No.10. 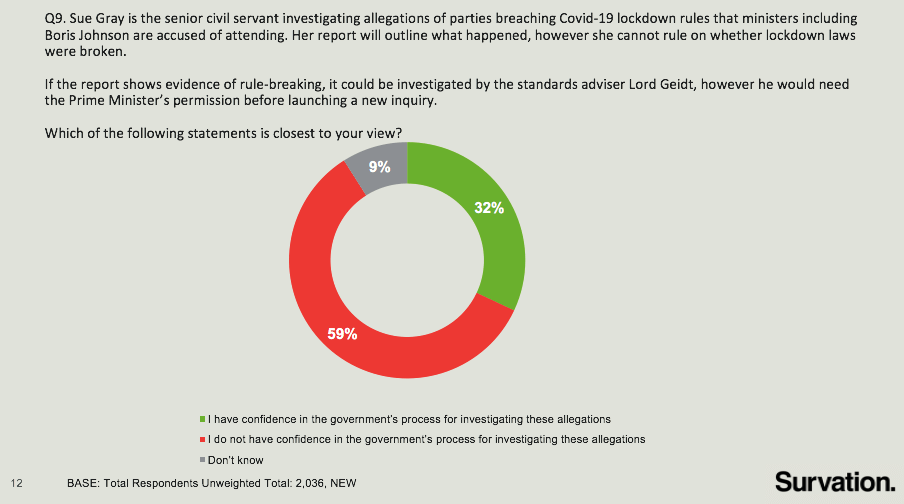 Full details and data tables including perceptions of the political parties here, here and here.