Polling conducted yesterday (29th September) of 1,329 UK adults found Labour with the largest lead over the Conservatives that Survation has recorded. Our poll found that Labour would win a 49% share of the vote, with Conservatives at 28%. 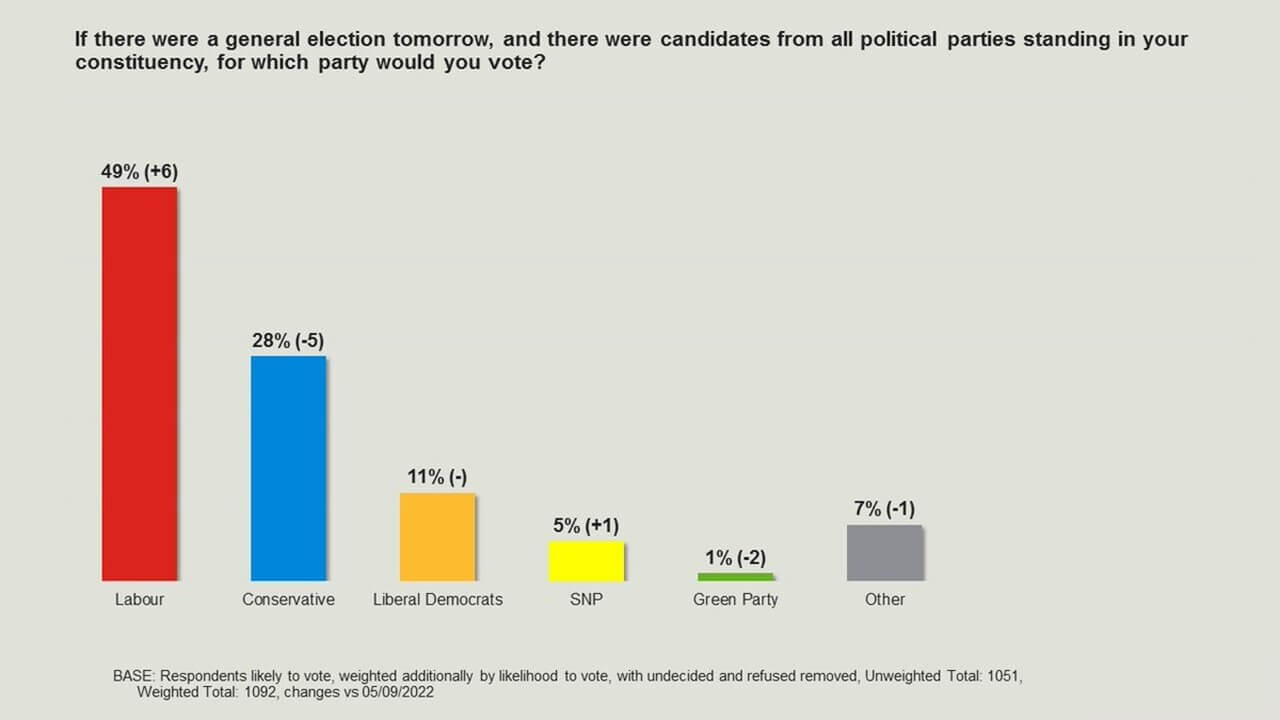 Significantly, voters who backed the Conservatives in the 2019 general election are moving to Labour. 26% of these voters who are not undecided are now saying they would now vote Labour.

Liz Truss has dropped to a net favourability rating of -32% from -25% within her first month as Prime Minister, reaching levels of unpopularity seen by Boris Johnson at the lowest point of his premiership in July. 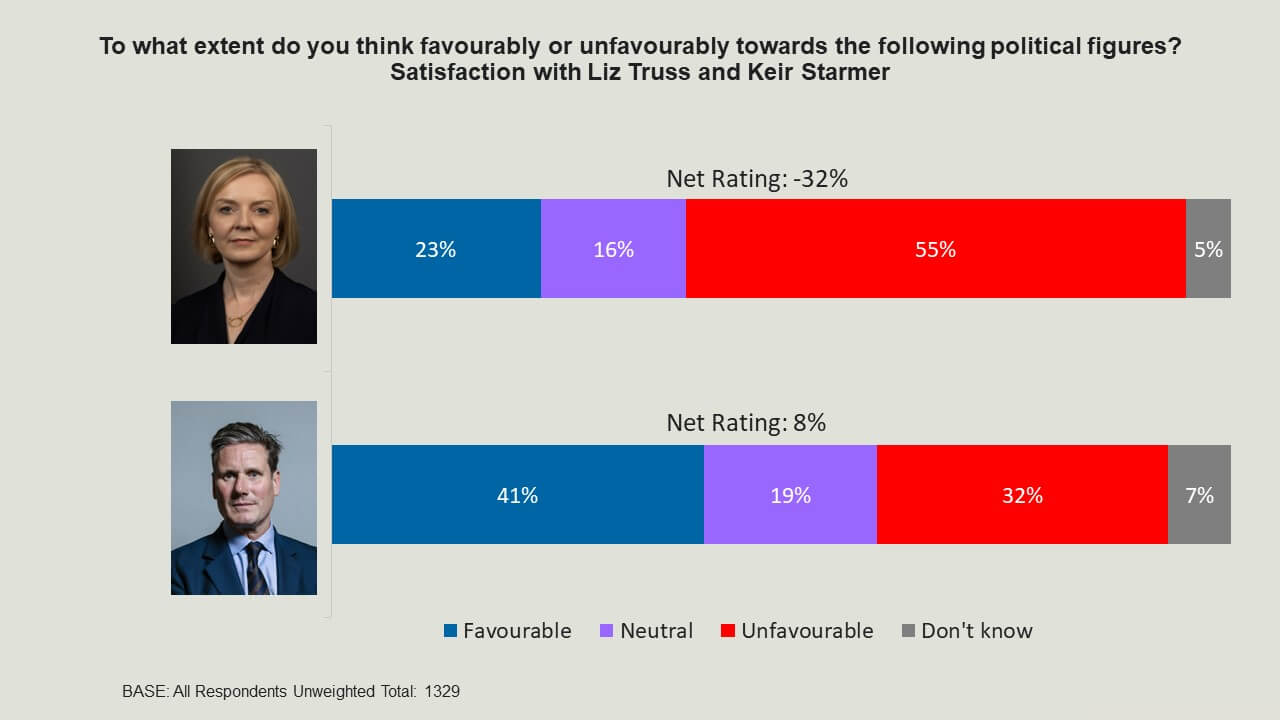 With the cost of the UK’s Sovereign Debt on the rise, causing severe disruption in the mortgage market, we asked people who they trust with the economy, with a choice between Chancellor Kwasi Kwarteng, and Labour’s shadow Chancellor, Rachel Reeves. Reeves was the clear winner with 48% of people voicing their trust in her more than Kwarteng, at 23%. 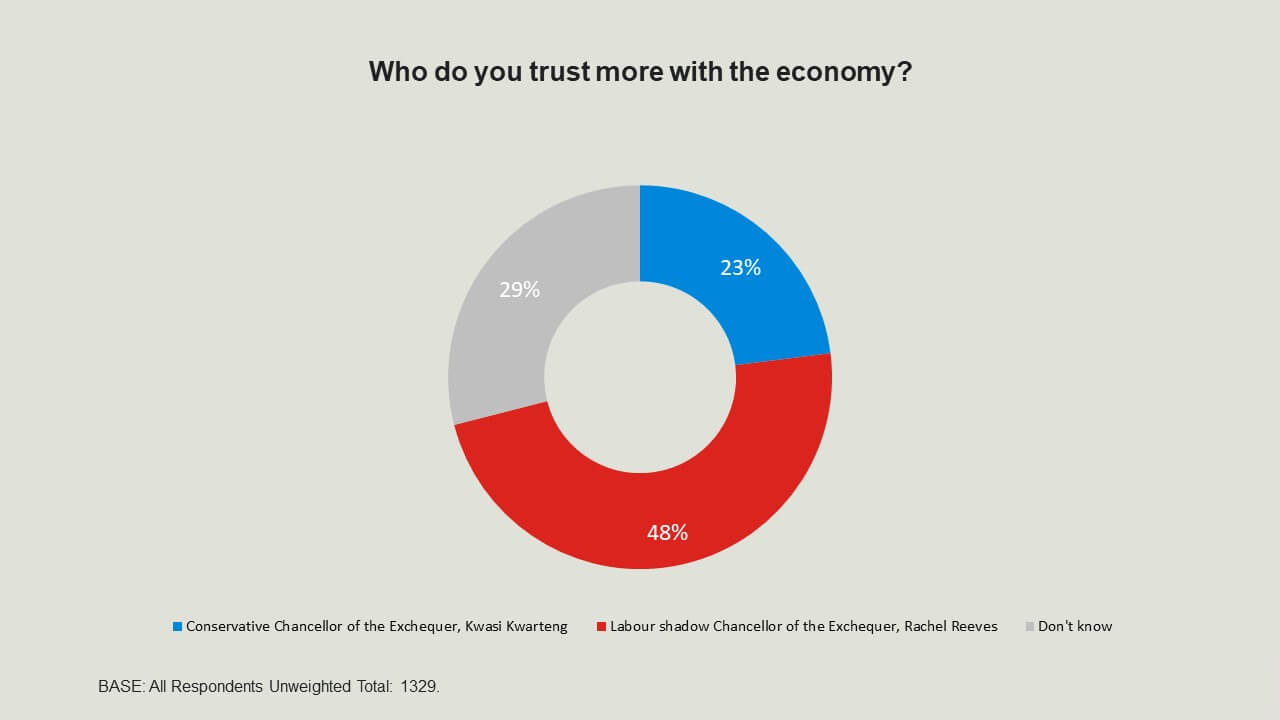 Perhaps surprisingly, even those who currently intend to vote Conservative show some distrust of Kwarteng, with 9% saying they trust Labour’s shadow Chancellor more with the economy, 26% being undecided, and only 65% trusting Kwasi Kwarteng.

When asked whether the mini budget held last week had made the UK’s economy better or worse, 65% of people asked said that they thought the economy was now worse off, versus only 11% who said the financial situation was worse off. 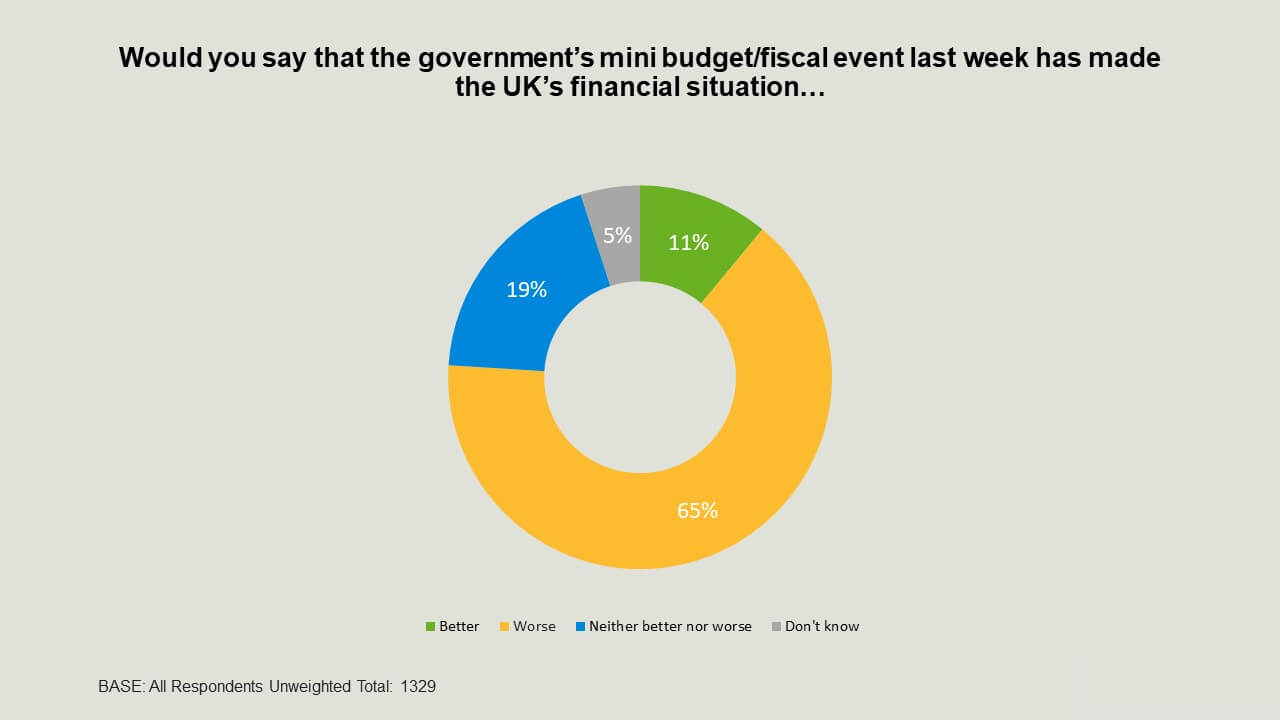 Fallout from the mini-budget has brought the Government’s approval rating to new lows, surpassing low ratings seen over “partygate”: 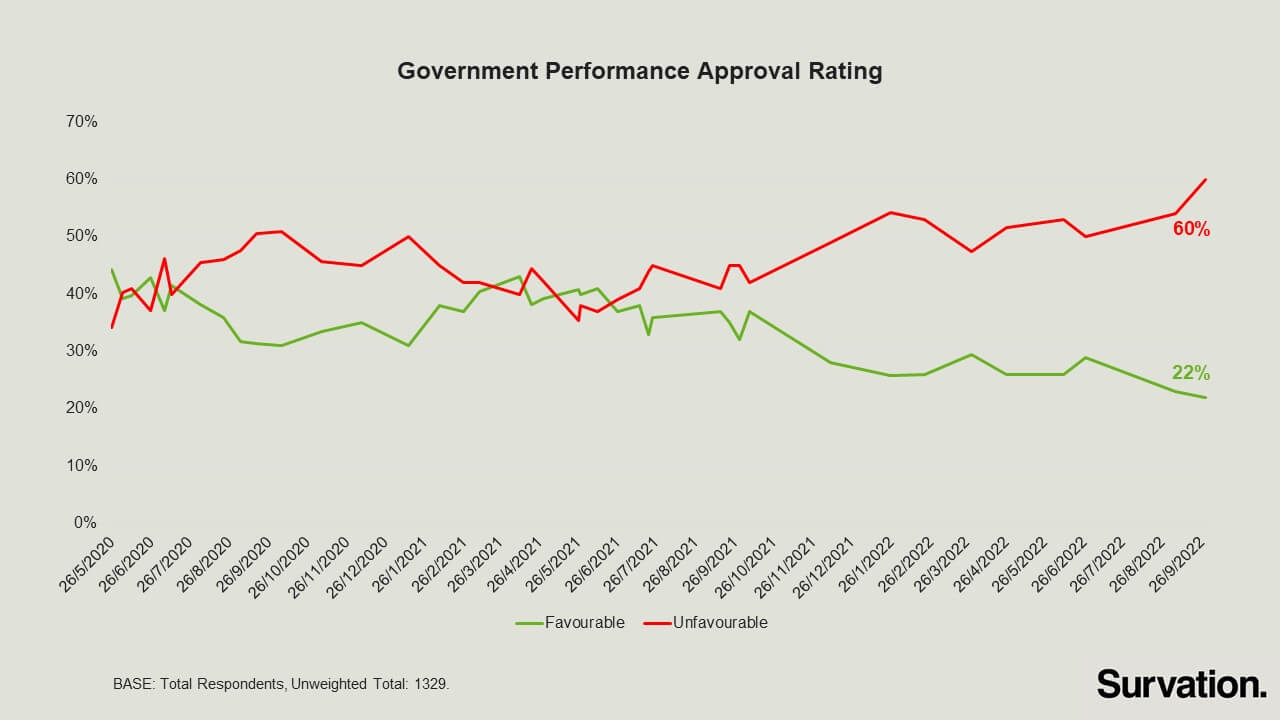 With the energy crisis showing few signs of subsiding, Labour’s policy of creating a publicly owned clean energy company proved popular, with 62% of respondents to our poll supporting this. 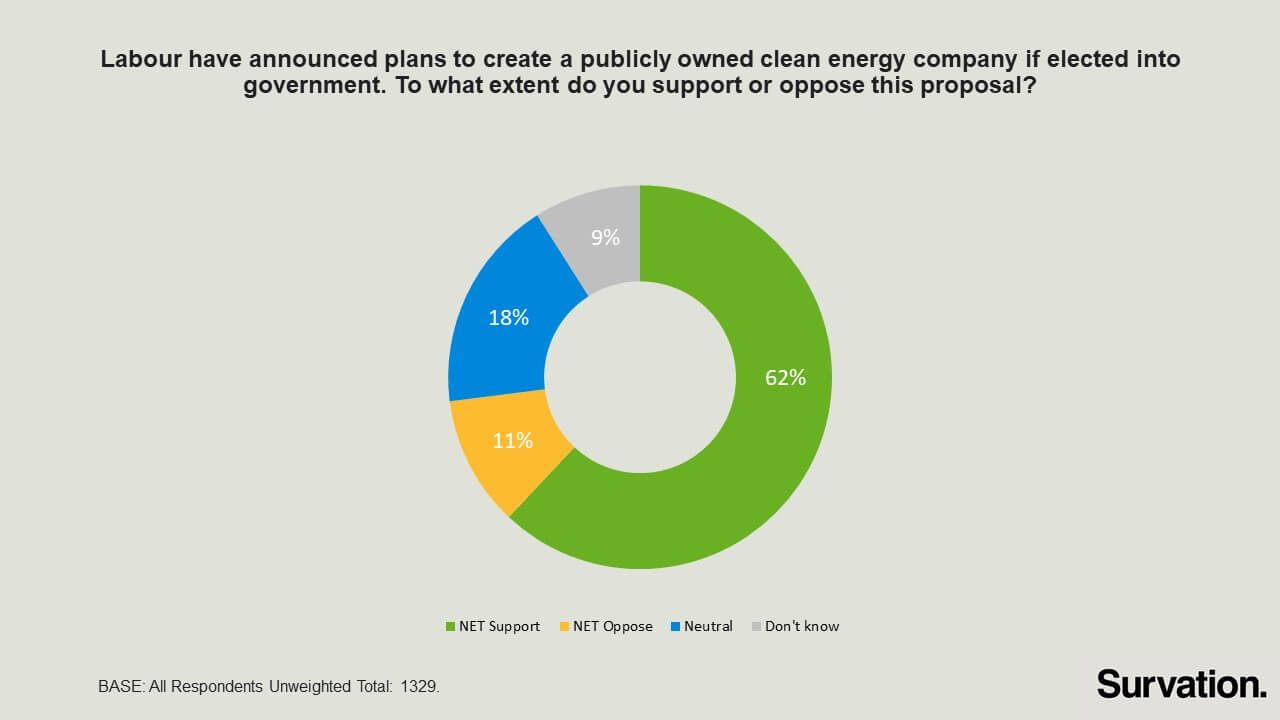 Tables for these questions and more are available here. Online interviews of 1,329 adults in the UK were conducted on 29th September 2022.