What might drive voting behaviour this year outside of bins, potholes and council tax?

Voting motivation in Local Elections is diverse, a mixture of local and national issues, regardless – this year, cost of living looms large in the public’s minds.  When we asked recently (22–26 April), what were the “most important issues facing the United Kingdom today”  these were the responses from a list of up to 5 options: 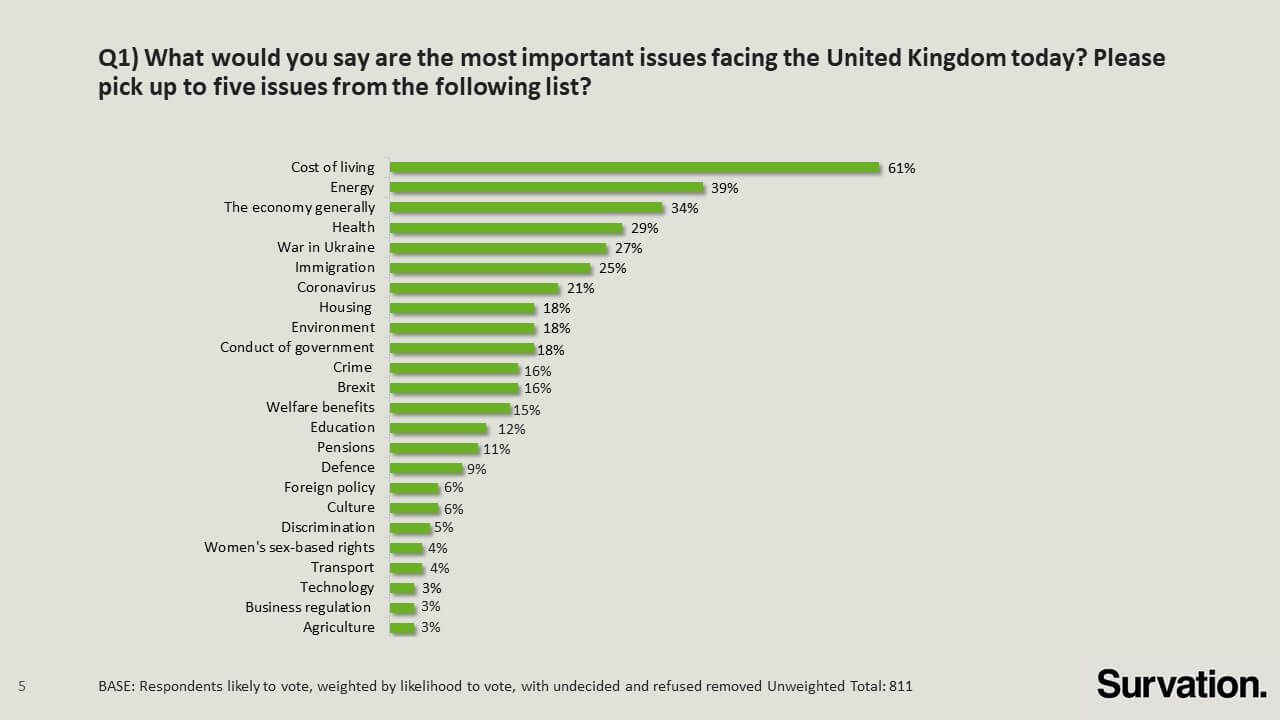 A clear majority of respondents chose cost of living (generally) as one option, with 61% choosing that issue. The next most prominent answer was the cost of living item energy (in particular) on 39% and then the economy generally (34%). Health on this measure was pushed into 4th position (29%) followed by war in Ukraine on (27%).  Issues such as Brexit and Education only appear mid table.

We have some updated Local Election figures for Scotland, based on polling conducted between 29th April and 3rd May 2022. We’ve tried in our question wording to encourage appropriate support for Independent candidates, which was over 11% in 2017 for 1st preference vote share. The new figures show that independents will win 4%, 14% and 31% of first, second and third preference votes – perhaps still lagging reality.

The new polling re-confirms that the SNP are set to be the largest party by vote share with 41% of the vote. Labour look to come in second place with 23% with the Conservative Party on 17%. This would give the SNP a near 9 point vote increase from the last local elections in 2017. The Conservatives in Scotland would be down a significant 8 points on their 2017 share, and are weak in relation to second and third preferences. Labour’s share however would have increased by 3 points for first preference vote choice. Such a gap for Labour over the Conservatives would certainly result in a higher number of council seat victories for Labour – a potential fillip for the party north of the border assuming the “leading opposition party” mantle. 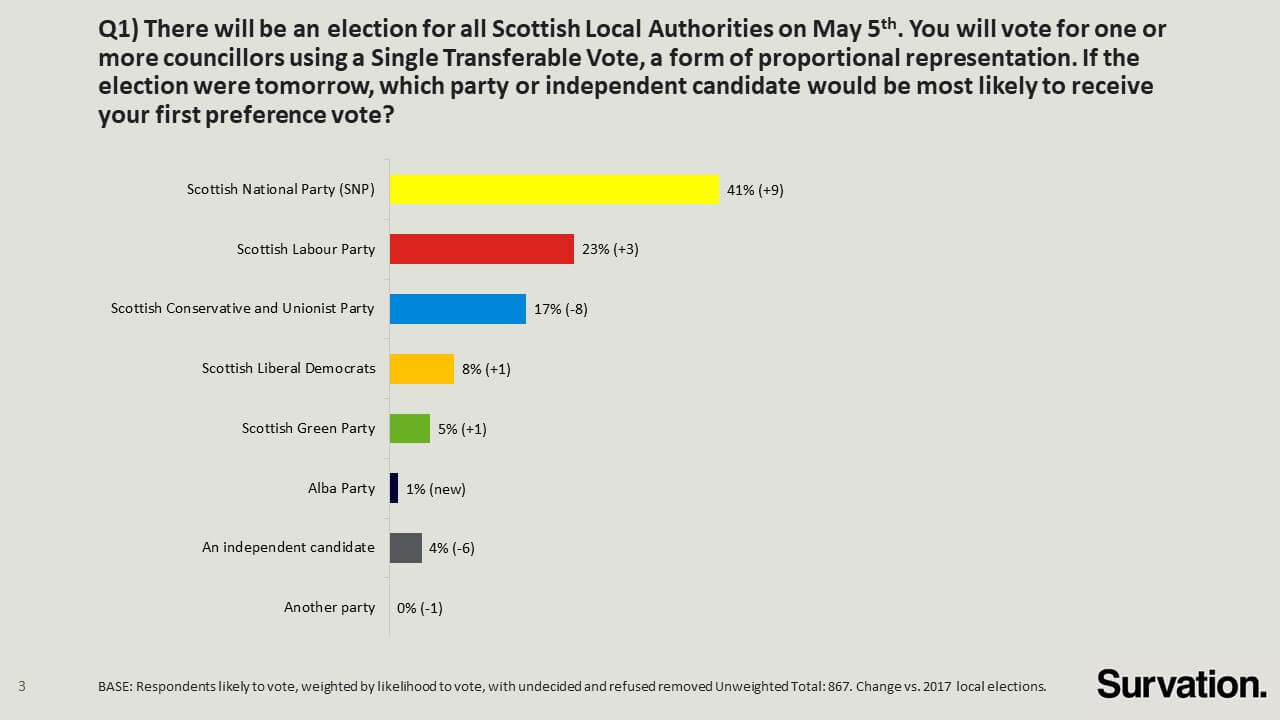 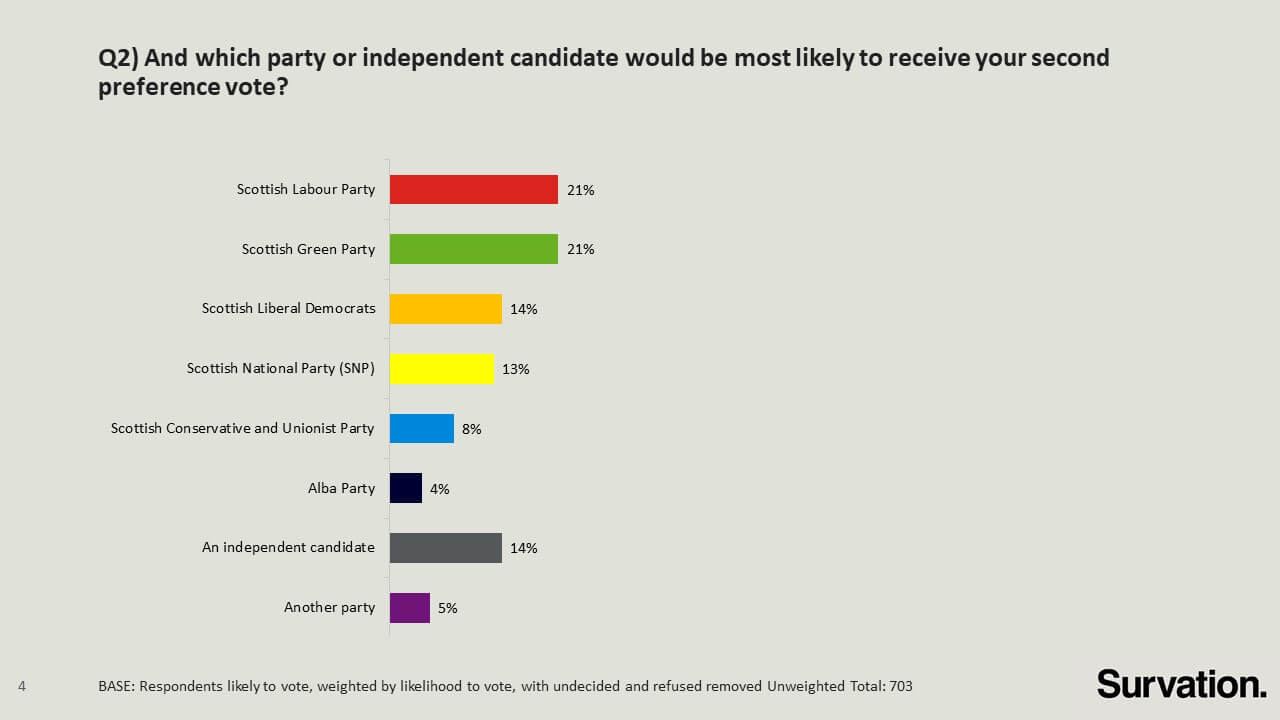 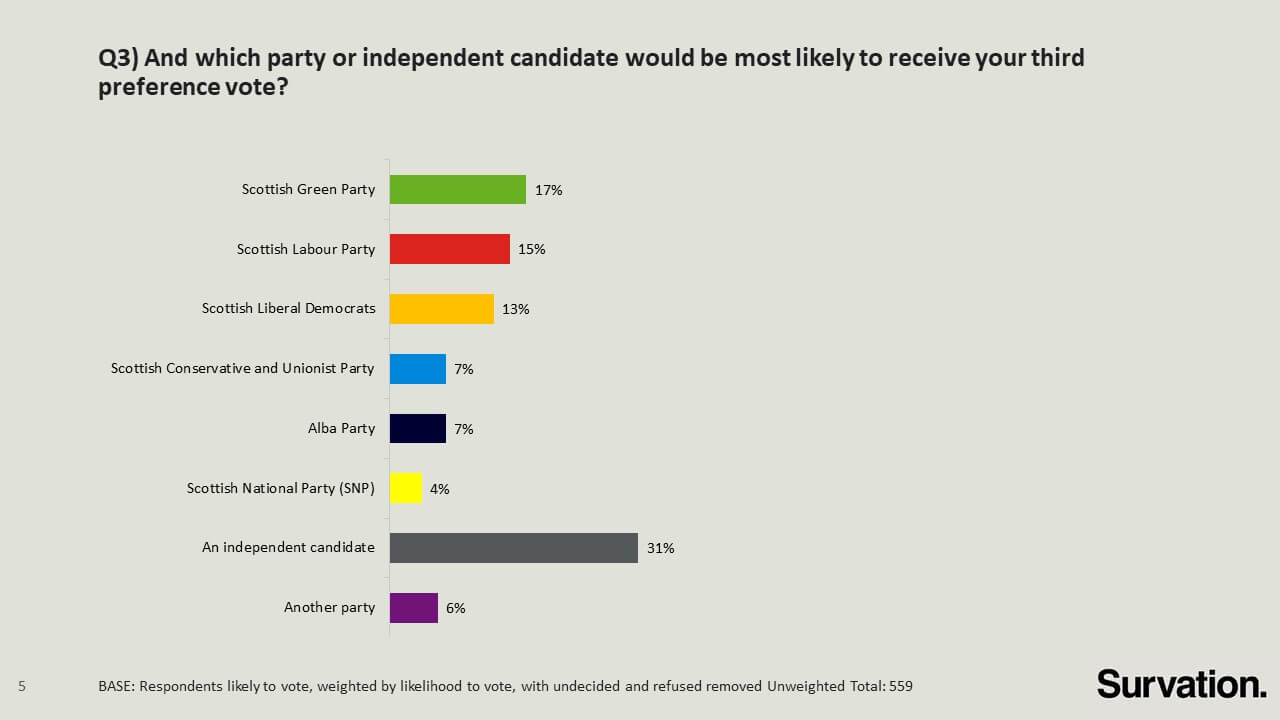 *not comparable to prior Survation estimates due to question wording.

In areas of England where there are local council elections in May 2022, our polling for Good Morning Britain has Labour on 47% of the vote, with the Conservatives at 34%. This would mean an increase of around 6 points on Labour’s prior local election vote share of 41% in these seats, last contested in 2018. The Conservatives would also have seen an increase from 2018, but by less than 2 points from 32%.

Tables for the most important issues are available here – online interviews of 2587 adults in the UK, 22–26 April 2022, on behalf of Good Morning Britain.