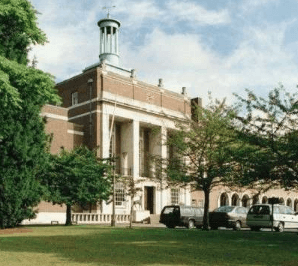 A phone poll of Hertfordshire residents, commissioned by cross-party Hertfordshire borough and district councils, has found the public opposed to plans by the County Council to form one single tier unitary authority.

With high levels of awareness of the issues locally, 79% of residents in Hertfordshire believe the county unitary proposal is the wrong approach at the wrong time. Only 15% believe now is the right time to make changes to the structure of local government. 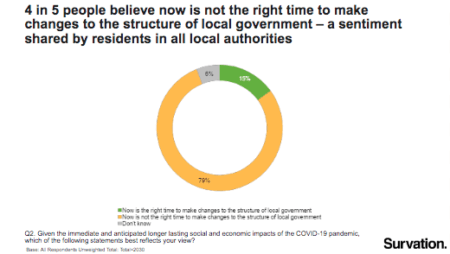 There is also strong opposition to the changes in principle, regardless of the timing, although it is clear the economic and social disruption impact of COVID-19 has heightened opposition to immediate changes. 59% are opposed to the creation of a unitary authority in principle, with 12% in favour.

There is strong support among Hertfordshire residents for the present arrangements to remain in place, with 80% believing their local area is served the current system (85% for women, 75% for men). 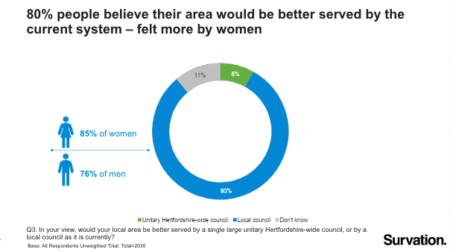 75%, including 80% of women and 71% of men, believe the quality of services, in particular, refuge collection and housing is better served with the existing local council structure. 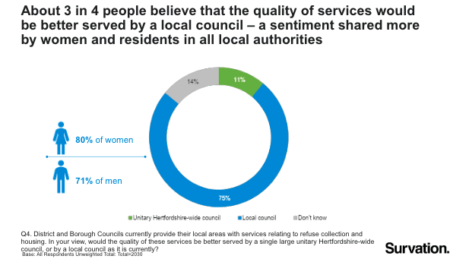 Representation is also clearly an issue reflecting the attitudes of Herts residents to the proposed changes, with 76% concerned their voices wouldn’t be heard on local issues in the event of a large single tier Unitary structure. 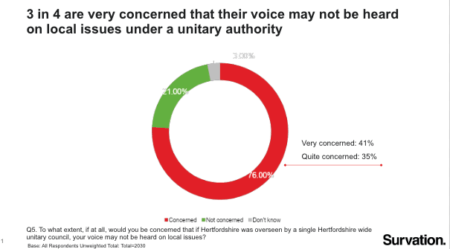