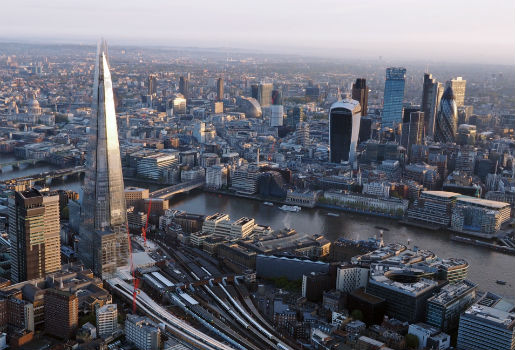 The London Mayoral Election 2016 – What role could faith and ethnicity play in the contest?

Last week, on behalf of LBC, YouGov conducted a poll that generated the headline “Only Half Of Londoners Happy With Muslim Mayor”.

There are two Muslim candidates running to be Mayor of London: Labour MP Sadiq Khan and Conservative MEP Sayeed Kamall.

The YouGov poll suggested that 55% of Londoners would be “comfortable” with a Muslim Mayor;  however 31% would be “uncomfortable”.

YouGov chairman Peter Kellner put this into some perspective (relative to age) saying, “There’s a very clear age gap here. If you ask people in their 20s, around 2/3rds are comfortable and only around 20% less comfortable.” If you look at the over 60s, then more of them are uncomfortable than comfortable. “So there is the problem for a Muslim candidate amongst older voters, but much less of a problem for younger voters.”

Older voters are of course well known to be more likely to vote than younger voters, so to what extent would this apparent finding affect outcomes at the Mayoral ballot box in 2016 – if for example, Labour’s leading British Muslim prospective candidate for Mayor, Sadiq Khan, faced off against non-Muslim Conservative front-runner candidate Zac Goldsmith?

Survation have conducted a poll of over 1000 Londoners to find out.

Firstly, we asked first preference voting intention on a party-only basis. Excluding non voters and those as yet undecided (n=720) the results were as follows: These figures are fairly uncontroversial and reflect the performance of parties in London in the May general election:

From the two parties (Labour and Conservative) whose chosen candidate (once selected) would likely then “run-off” to be the next Mayor of London we then selected Labour’s only Muslim candidate – Sadiq Khan and the current front runner candidate for the Conservatives (Zac Goldsmith) and played two recent BBC news video clips filmed on the same day of each separately discussing their opposition to Heathrow expansion, selected for balance which can be viewed here:

Playing video clips to identify candidates to respondents is useful, particularly as Zac Goldsmith and Sadiq Khan are less well known to the general public than Tessa Jowell and Diane Abbott (as can be seen from a simultaneous awareness check in the poll below).

Respondents were then asked, following the clips of Goldsmith and Khan:

Which produced a small relative increase for Sadiq Khan as the identified Labour candidate over Zac Goldsmith, the Conservative party candidate compared to their original scores in the questions prompting unnamed party candidates.

Londoners reacting to this final question which showed increased support for Khan would have awareness after these short clips that Sadiq Khan is likely a British Muslim or did not even consider faith as a meaningful judgement factor in this ethnically diverse city – so there’s little evidence that faith would hold back Sadiq Khan’s electoral fortunes; an exercise that could be repeated and tested for Conservative Sayeed Kamall MEP and a non-Muslim Labour candidate.

More interesting within this data however is how ethnic minority responders shifted views post being introduced to these potential candidates.

Looking at voting intention in the polling by ethnic group, before the video clips White British respondents split 42% to an unnamed Conservative candidate and 34% to an unnamed Labour candidate.

After the video clips, now naming Sadiq Khan and Zac Goldsmith as Mayoral candidates for their parties head to head, both get a boost – 45% to Goldsmith, 40% to Khan. Khan gained 6% to Goldsmith’s 2%.

Post the naming and video introductions though, this grouping breaks 71% Khan (+15) and 23% (-9) Goldsmith, showing a very sizable swing toward Khan amongst this group – the largest broad ethnic grouping in London, representing 18.5% of the mayoral electorate.

As the Conservative and Labour parties consider candidate options for Mayor, “ethnic minority voters” – what actually amounts to 40% of London’s Mayoral electorate could be key.

The expected Conservative candidate choice – the likeable MP for Richmond Park Zac Goldsmith, should not be underestimated, his campaign will be well financed and run by the architect of Boris Johnson’s consecutive victories in a majority Labour voting city – Lynton Crosby.

Were Goldsmith to be seen likely to be the Conservative’s choice for Mayor, Labour would be well advised to consider Sadiq Khan’s ability to cross traditional political lines in reaching out to Conservative supporting ethnic minorities– of whom a record one million voted Conservative nationally at the General election in May.

Final tables for this poll can be found here.

To find out more about Survation’s services, and how you can conduct telephone polls, face to face research, focus groups or online polls for your research needs, please visit our services page.