Majorities in UK, Brazil and South Africa believe people with obesity are likely to face discrimination

81% of respondents in the UK, 89% in South Africa and 86% in Brazil agree that “people with obesity are viewed negatively because of their weight”. 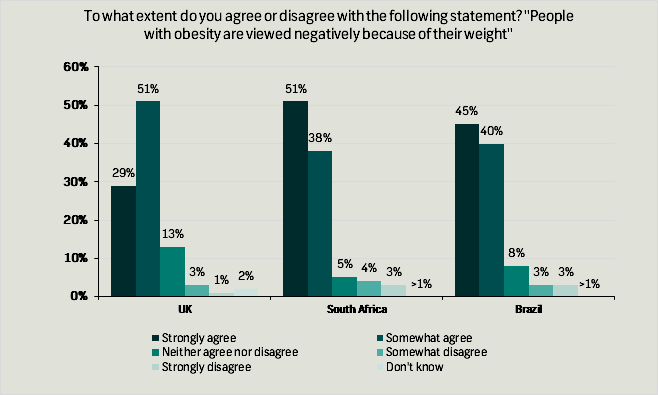 In all but Brazil being overweight was seen to be the most likely reason, out of the options available, for someone to be discriminated against. In the UK 62% of respondents believed people were likely to discriminate against someone because they are overweight, in South Africa this was 84% and 85% in Brazil. 60% of respondents in the UK believed that people were likely to discriminate against someone for their ethnic background and 56% believed the same about someone for their sexual orientation. This was 75% and 78% in South Africa and 69% and 86% in Brazil respectively. 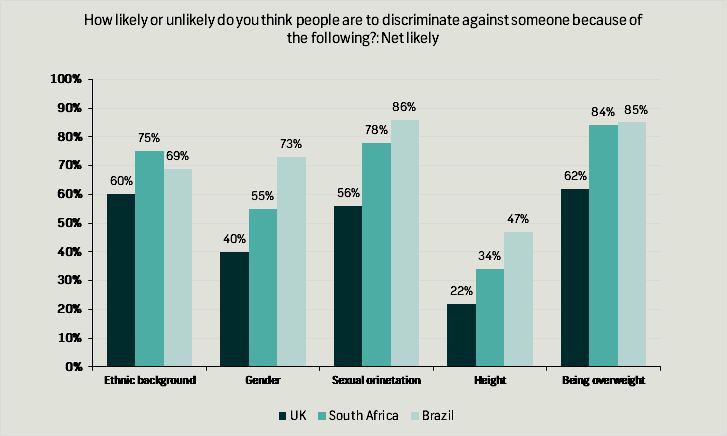 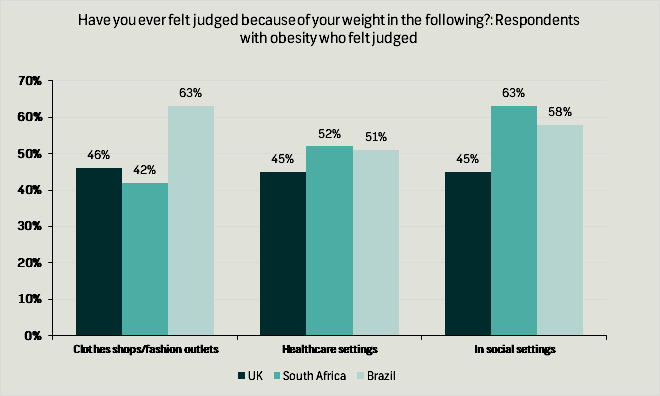 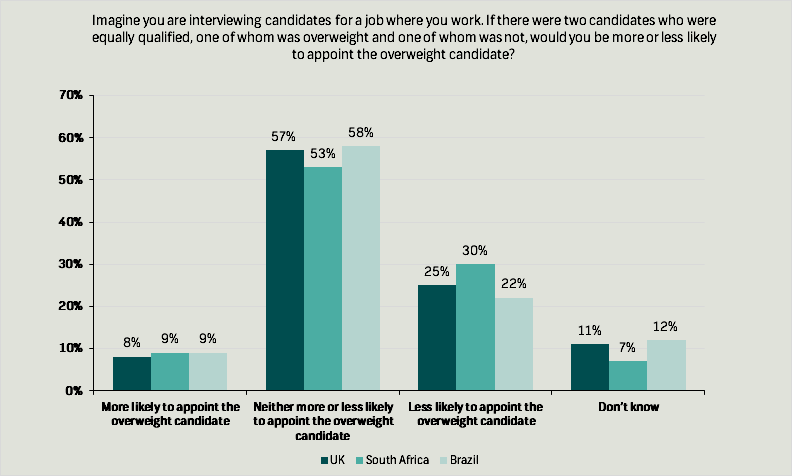 Similar to the above findings, 46% of respondents with obesity in both Brazil and South Africa have felt judged because of their weight at their work.

Survation surveyed 1105 adults 18+ in Brazil all online. Fieldwork was between 20th-22nd September 2018. Data tables and methodology are available here.