Currently the bus market in Greater Manchester is deregulated, meaning that private bus companies set the fares, routes, timetables and ticketing structure. The 2017 Bus Services Act allows combined authorities like Greater Manchester to re-regulate their bus networks which would mean that local authorities would set the fares and routes, with private companies competing to provide the actual service. Respondents were asked whether they agreed or disagreed that the network should be re-regulated, three quarters (76%) agreed and only 5% disagreed. The remaining respondents said they neither agreed nor disagreed or that they did not know. 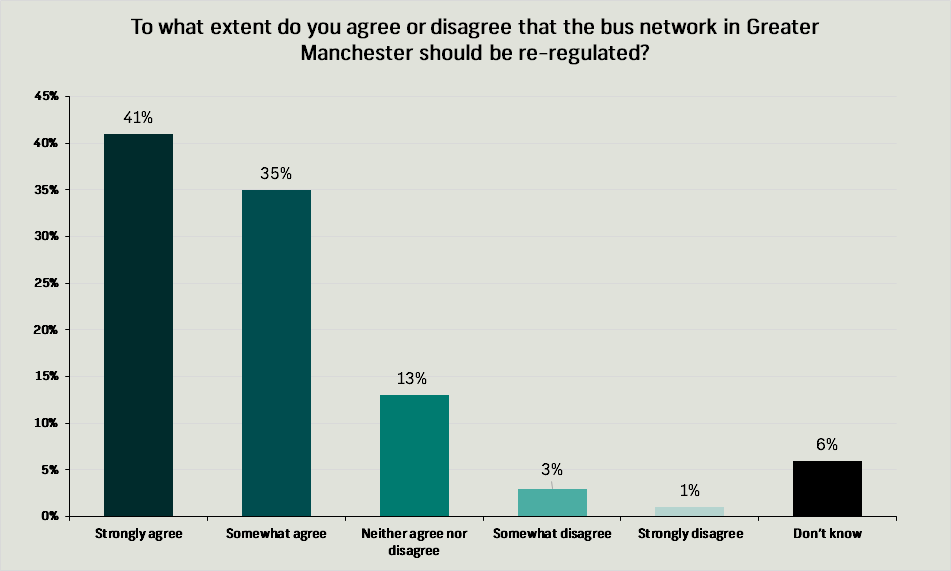 A majority of respondents (82%) also agreed that local authorities should have more control over bus services in Greater Manchester as they provide public money for the bus network, for example through subsidies for certain services. 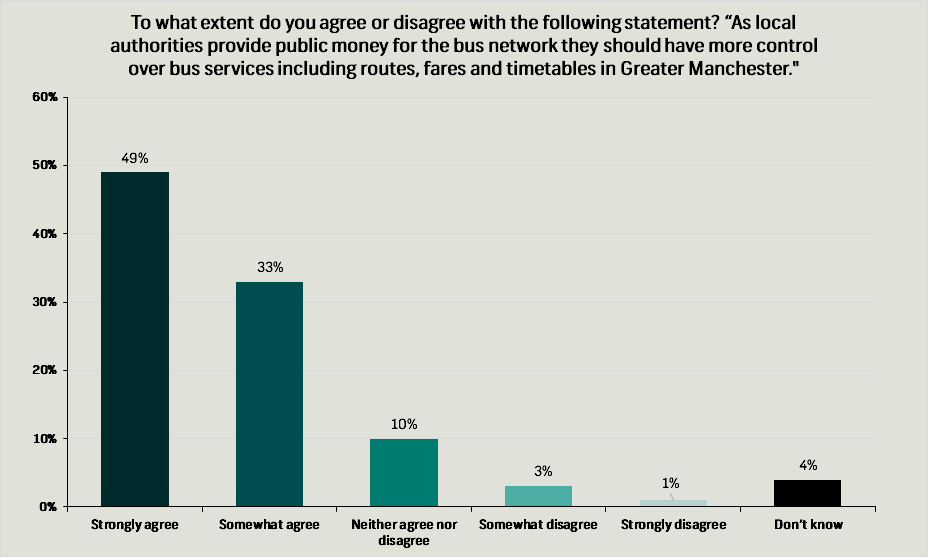 The introduction of pay as you go area-wide ticketing with an automatic daily cap on spend on buses in Greater Manchester was widely supported by respondents. 80% said they supported this to some extent with only 4% saying they were opposed. The remaining 16% said neither or don’t know. 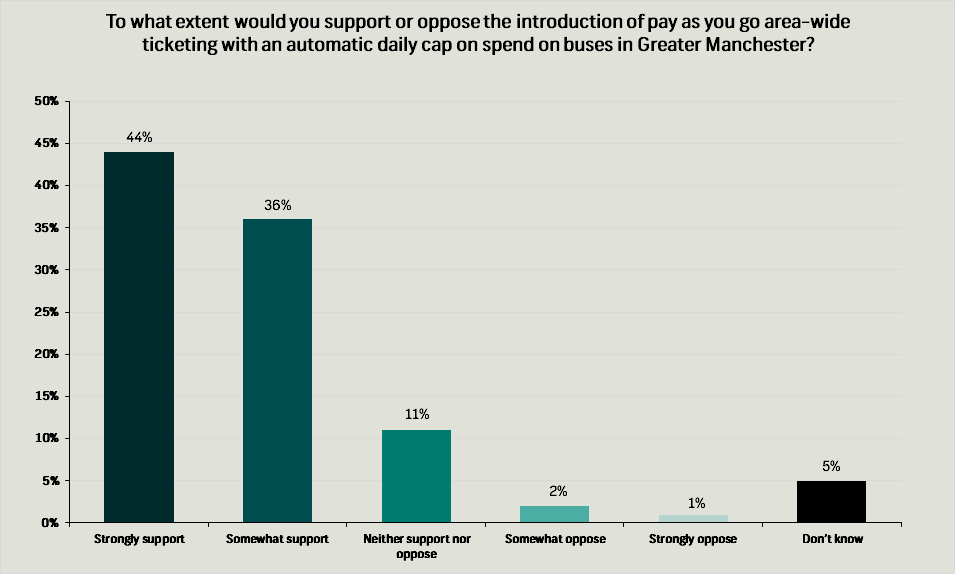