Survation carried out polling in the day leading up to Friday’s first day of strike action by the postal and communications workers union, the CWU,  and find that a majority of the public believe the strike action is justified. 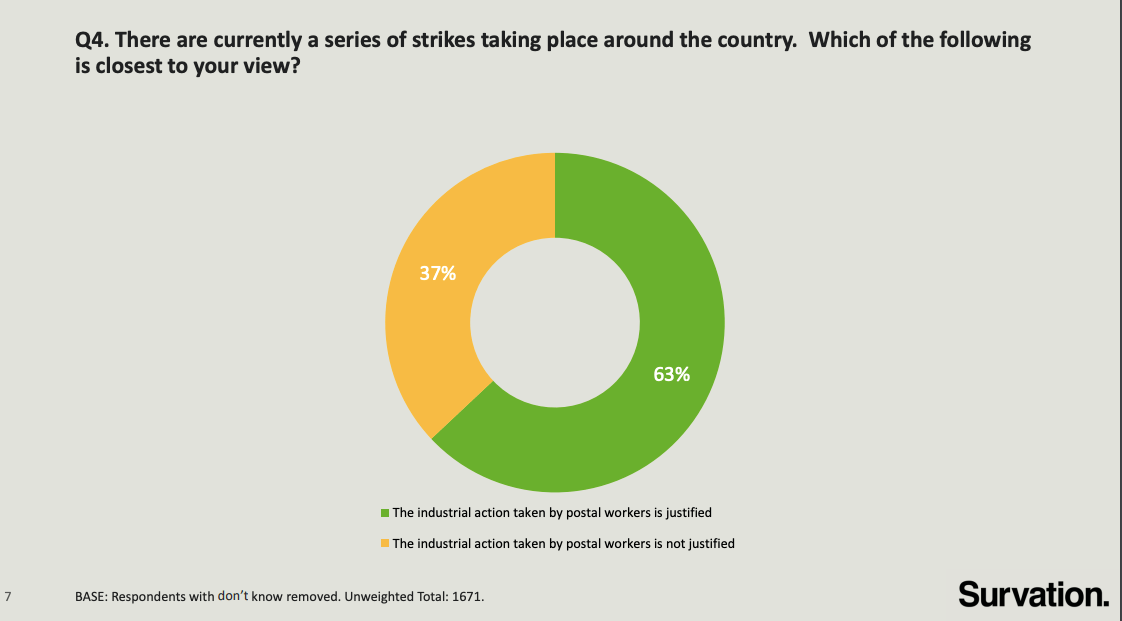 In line with other polling we’ve conducted recently, a majority of the public, 63%,  believes Royal Mail should be run in the public sector, with 18% thinking it should be run by the private sector, as it is now. 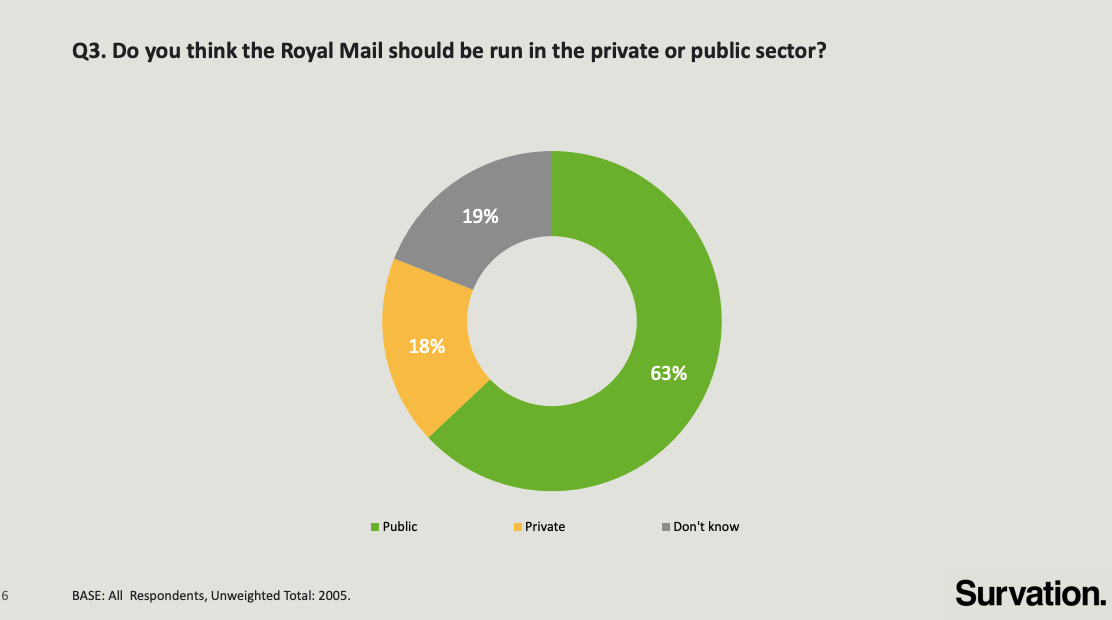 We asked the public whether they would support a pay cap so that the maximum pay levels of senior directors and chief executives is no more than 10 times the wage of an average worker. The pay cap idea is supported by 72% of the public and opposed by 17%. 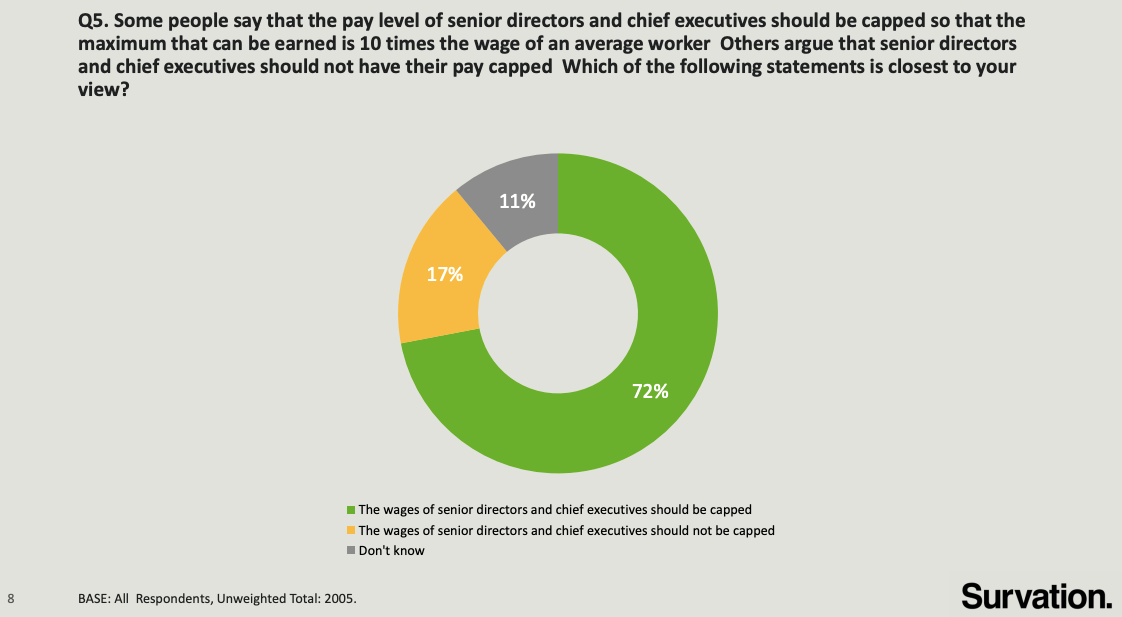 A majority of people, 62%, support the idea that workers should be able to hold votes of no confidence in their senior directors and chief executives, with 21% opposing the idea. 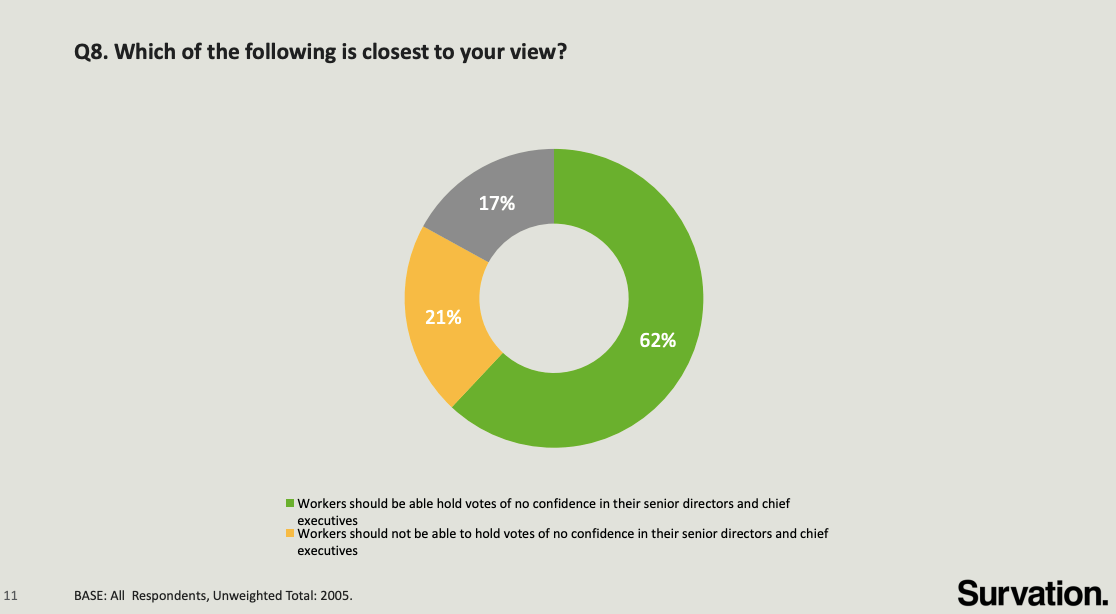 The survey was conducted via online interview.