Recent polling by Survation on behalf of the Scotch Whisky Association has found that a majority of Scottish adults surveyed feel that the UK Government should do more to help the Scotch whisky industry, and that 7 out of 10 believe that the tax on Scotch Whisky in the UK should be at least as competitive as the EU average.

In particular those who voted SNP in 2017 believe that the UK Government should do more with three quarters (76%) selecting this option. Comparatively 38% of all respondents believed the UK government was doing enough and 5% felt it should do less. 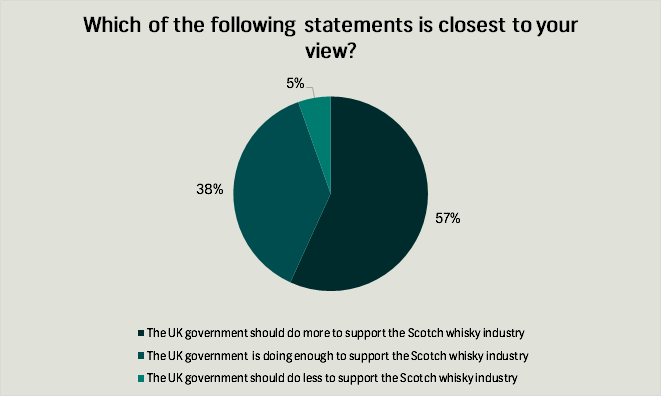 71% of respondents agreed to some extent that, as the UK’s trading relationship with EU countries changes as it leaves the EU, tax on Scotch Whisky in the UK should be at least as competitive as the EU average tax on spirits. Currently spirits, including Scotch Whisky, are taxed 76% higher in the UK than the EU average. This enjoys majority support across party lines. 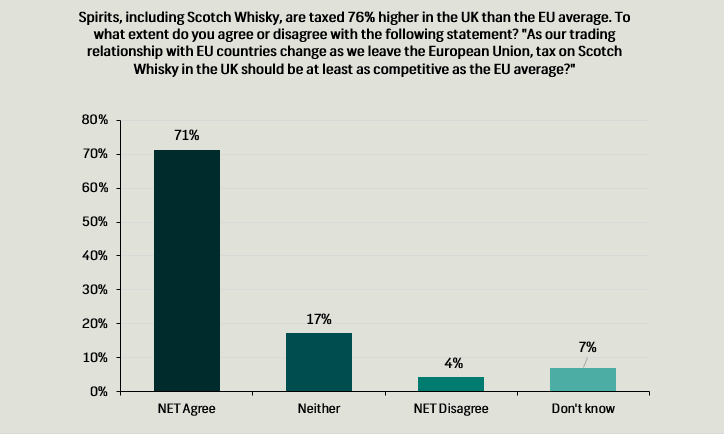 To find out more about Survation’s services,  please visit our services page.