New polling for CND by Survation has found a majority of the public, by 59% to 19%, support Britain signing up the UN Treaty on the Prohibition of Nuclear Weapons. 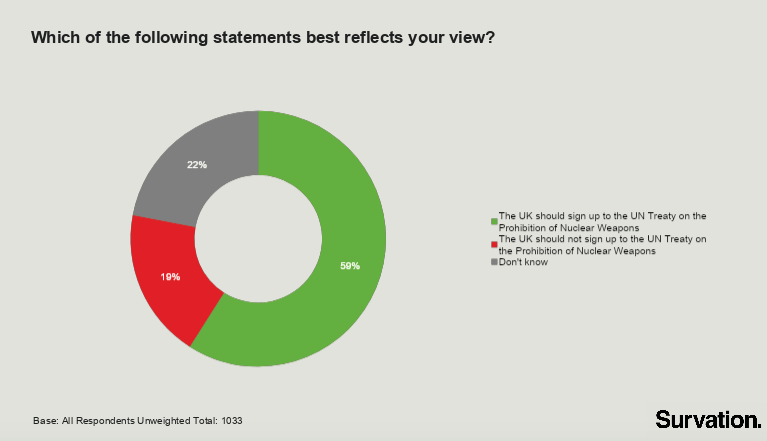 The public supports a total global ban on nuclear weapons by 77%, with 7% opposed and 13 neither opposing or supporting. 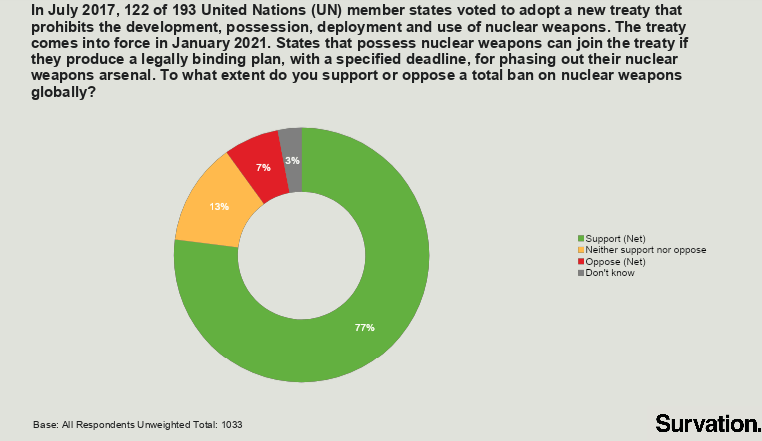 Fieldwork was conducted via online panel on 12th-13th January 2021.