More local say, parks, and fix the roads- the view of people in ‘left behind’ areas

A new telephone poll of people in 225 ‘left behind’ wards in England finds that when it comes to investment in their local communities, their priorities are spending on community facilities such as parks and services for younger people over larger scale infrastructure projects.

They are more satisfied with their local areas than you might expect and the single factor they like least about their areas, is the state of the roads and pavements. Although there is currently little participation in voluntary community work, people in these areas clearly state they would like more of a say in how local resources are spent.

Overall, 69% of people in the ‘left behind’ areas we polled are very or fairly satisfied with their local areas opposed to 20% who are dissatisfied. 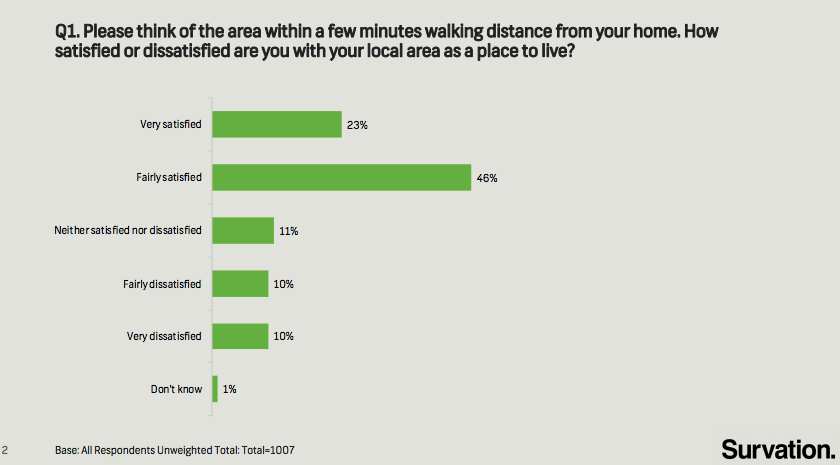 The poor conditions of roads or pavements and litter and graffiti are identified as being a greater reason for what people don’t like about their local areas above issues around access to health services or the quality of schools. 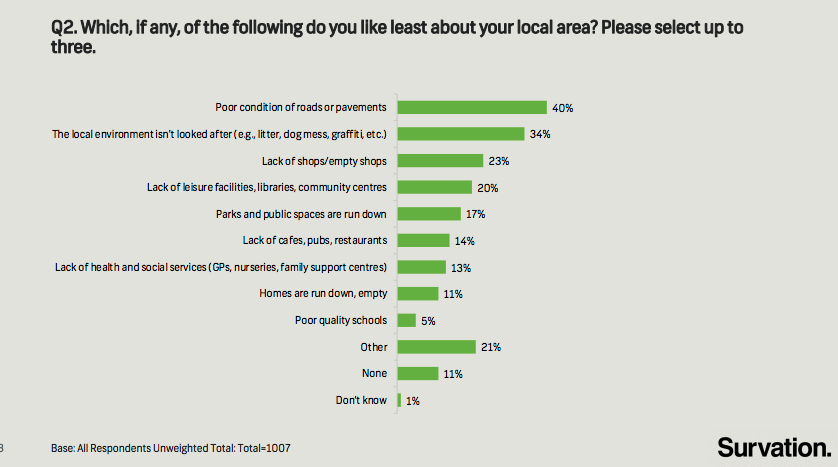 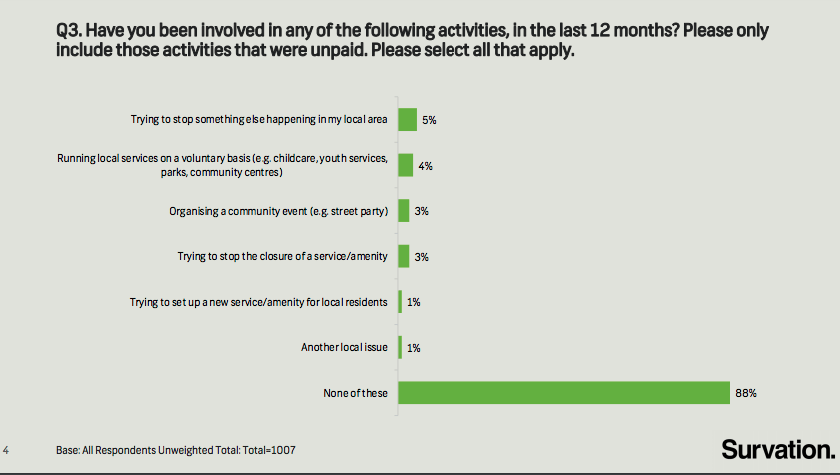 However, 61% agree that local people getting involved in their local community can really change the way their area is run, with 20% disagreeing. 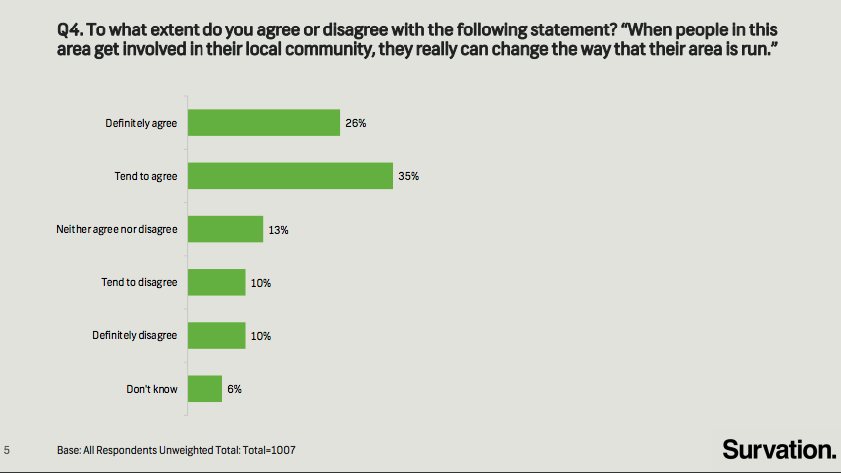 By 59% to 37%, people would like more of a say over how money gets spent in their local areas. 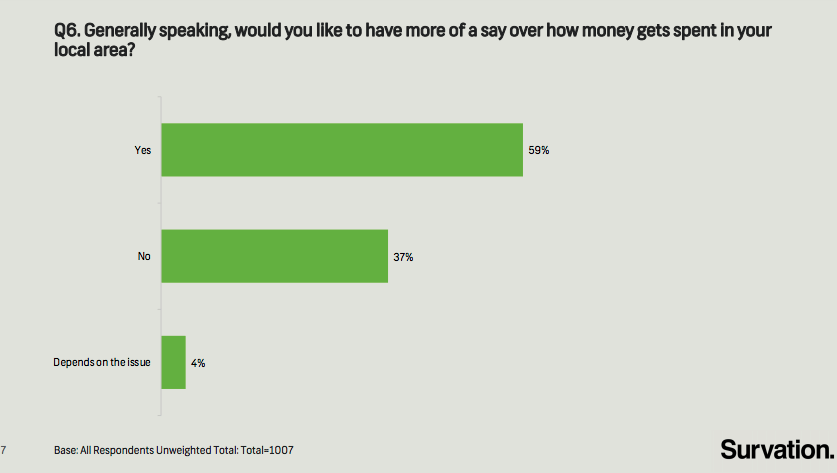 39% believe their local areas gets less than its fair share of resources compared to other areas nearby, 41% about thee same, and only 4% believe their area gets more. 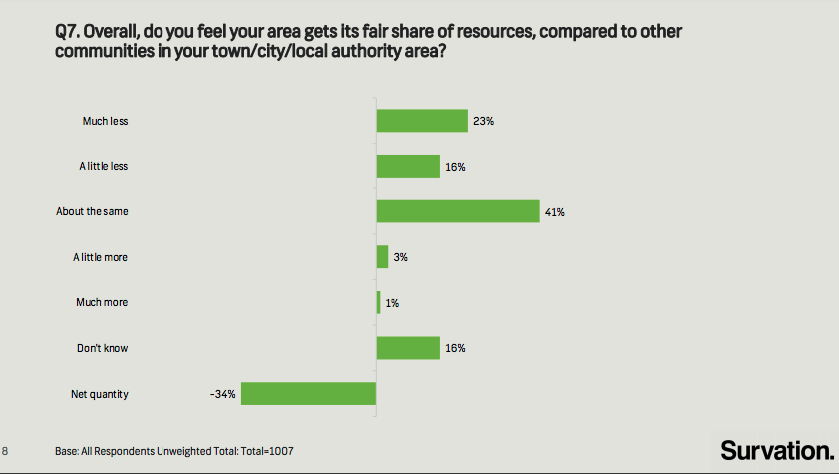 Of those, who said their area gets less resources, the most, 66%, said they were missing out on community facilities,  leisure and sports facilities (58%) and jobs (53%). 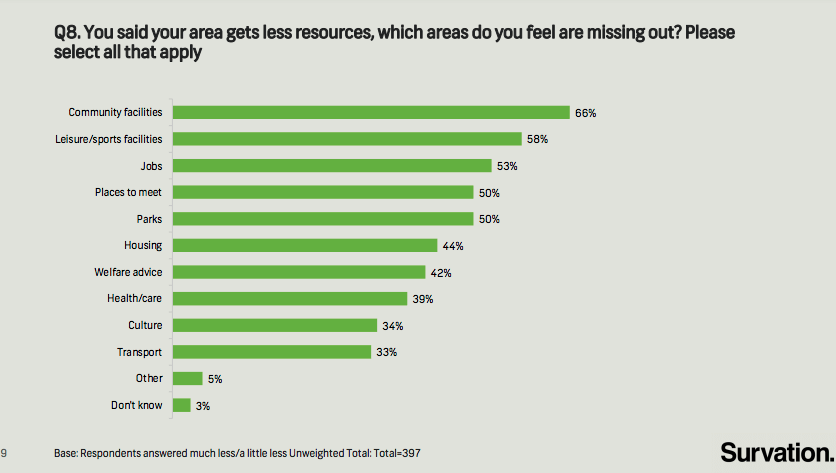 A far higher number of people would like to see a local investment fund spent on projects for young people (78%) ,and projects to tackle mental and physical health issues (78%) than larger scale infrastructure projects such as internet coverage (42%) and public transport (40%).

A large majority, 58% believe local people should lead decisions about how how a local investment fund should be spent. with only 2% believing it should be the central government. 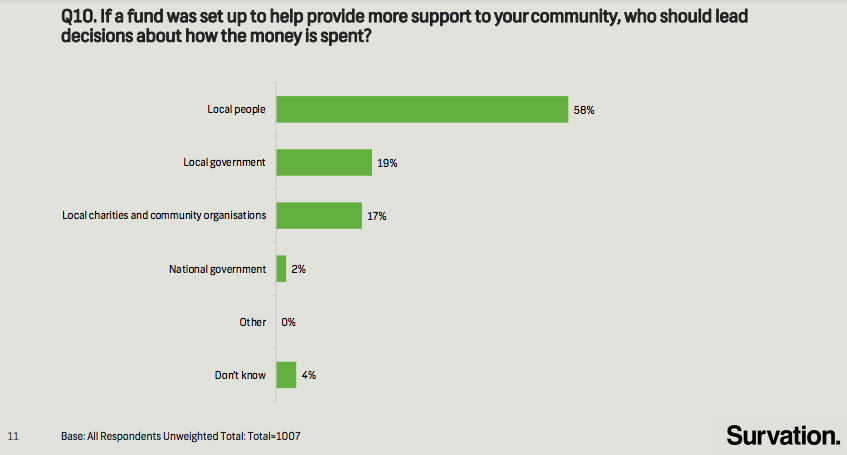