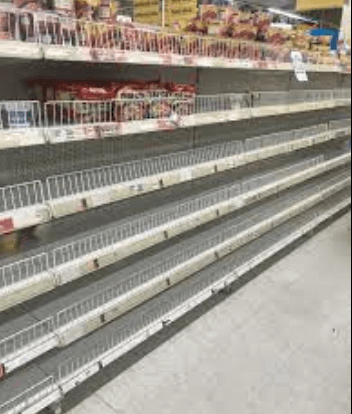 New polling for Unite the Unite finds a majority of the public have noticed supermarket food shortages and believe employers should pay truck driver more.

68% of the public have noticed empty supermarket shelves in recent weeks, to 28% who say they haven’t noticed. 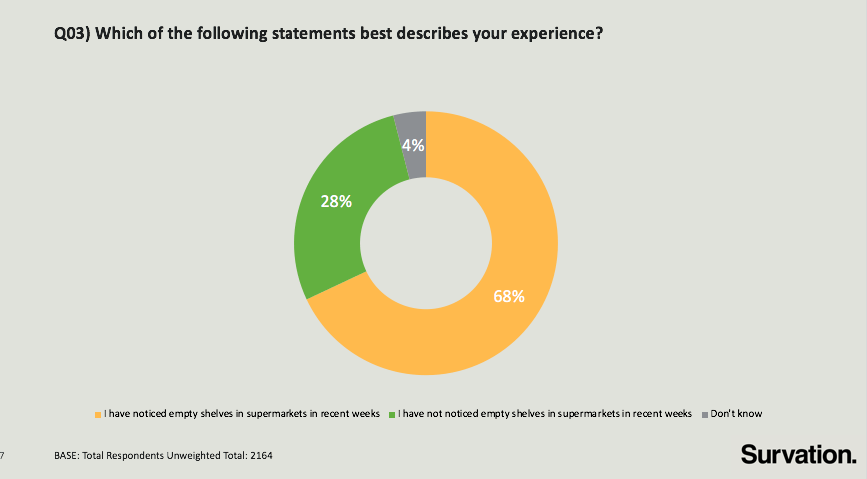 When asked who they hold most responsible for shortages, the largest number, 48%, named the Government, with supermarkets and the truck drivers themselves only held responsible by 14%. 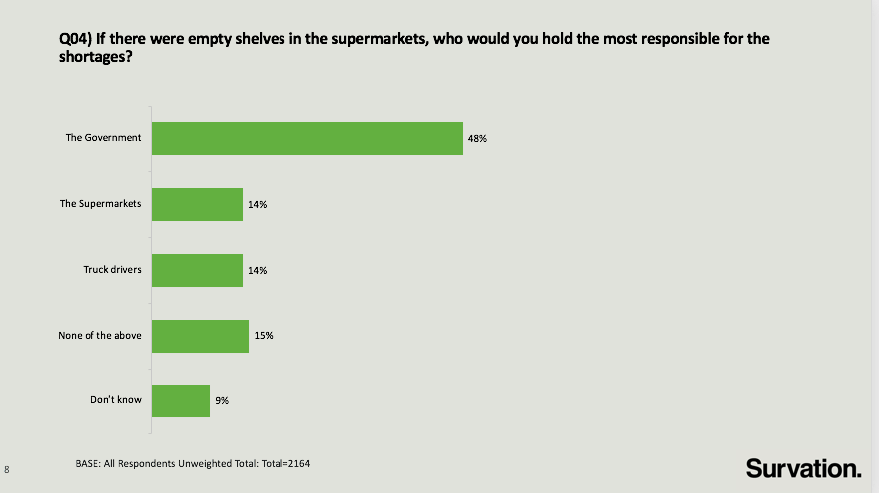 The public believes a combination of factors, COVID-19 (73%),  Brexit (70%) and low pay (57%) are all significant factors in the shortages being seen in supermarkets. 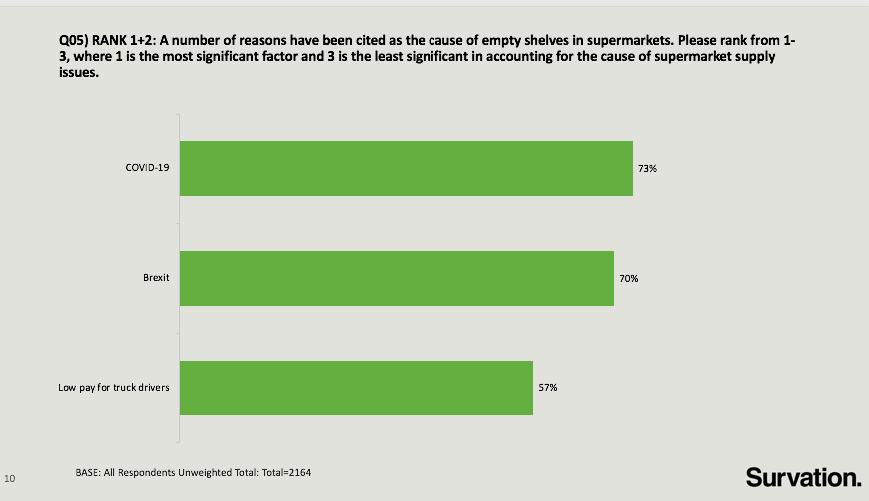 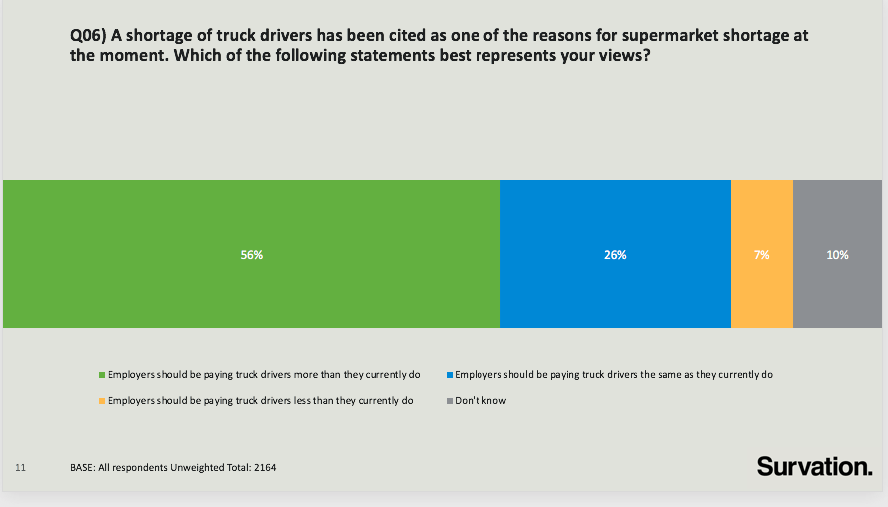