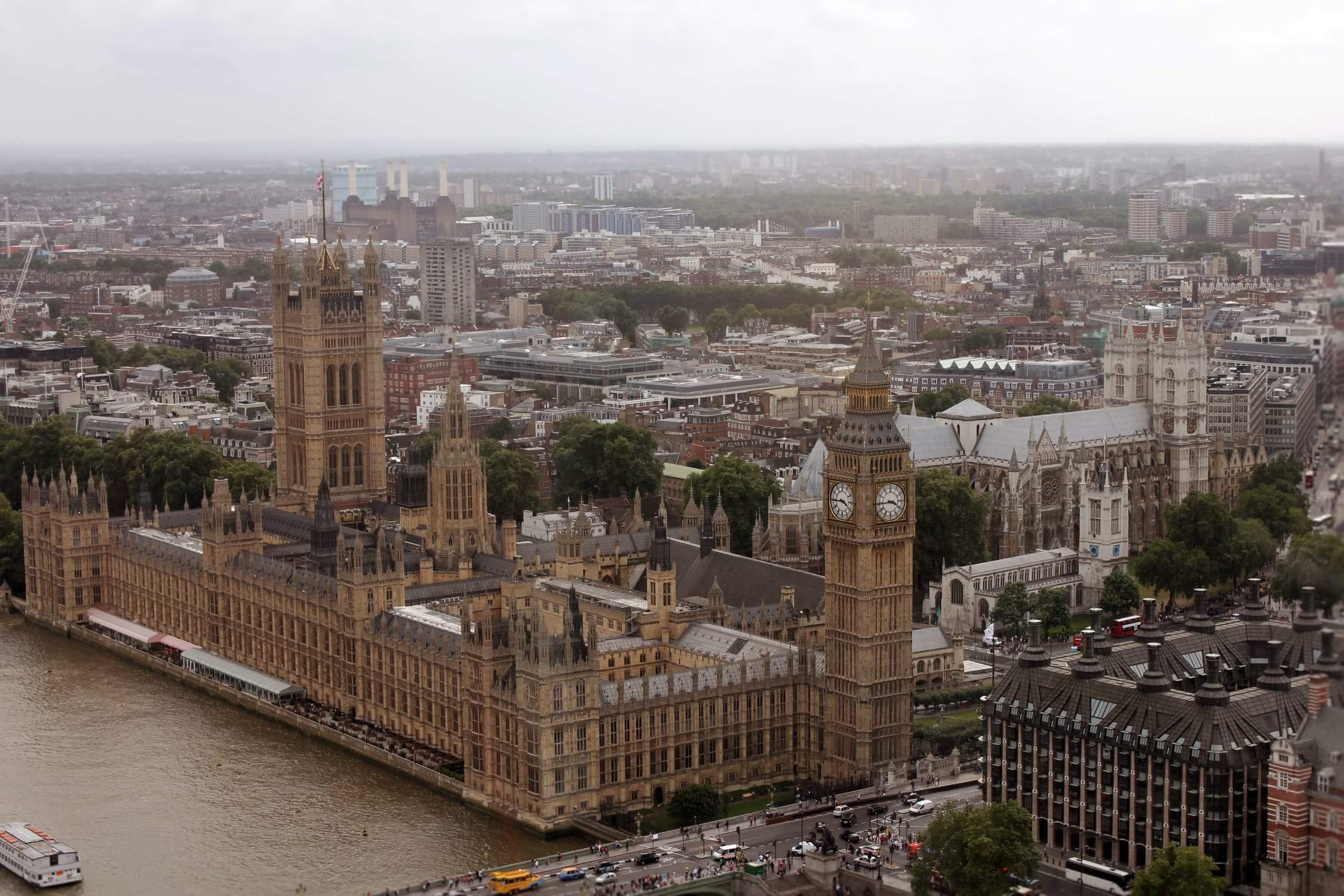 Labour have maintained their recently gained polling lead over the Conservatives at 39%, with the latter polling at 32%, a new low for the party in any Survation polling conducted since Boris Johnson became leader in July 2019. 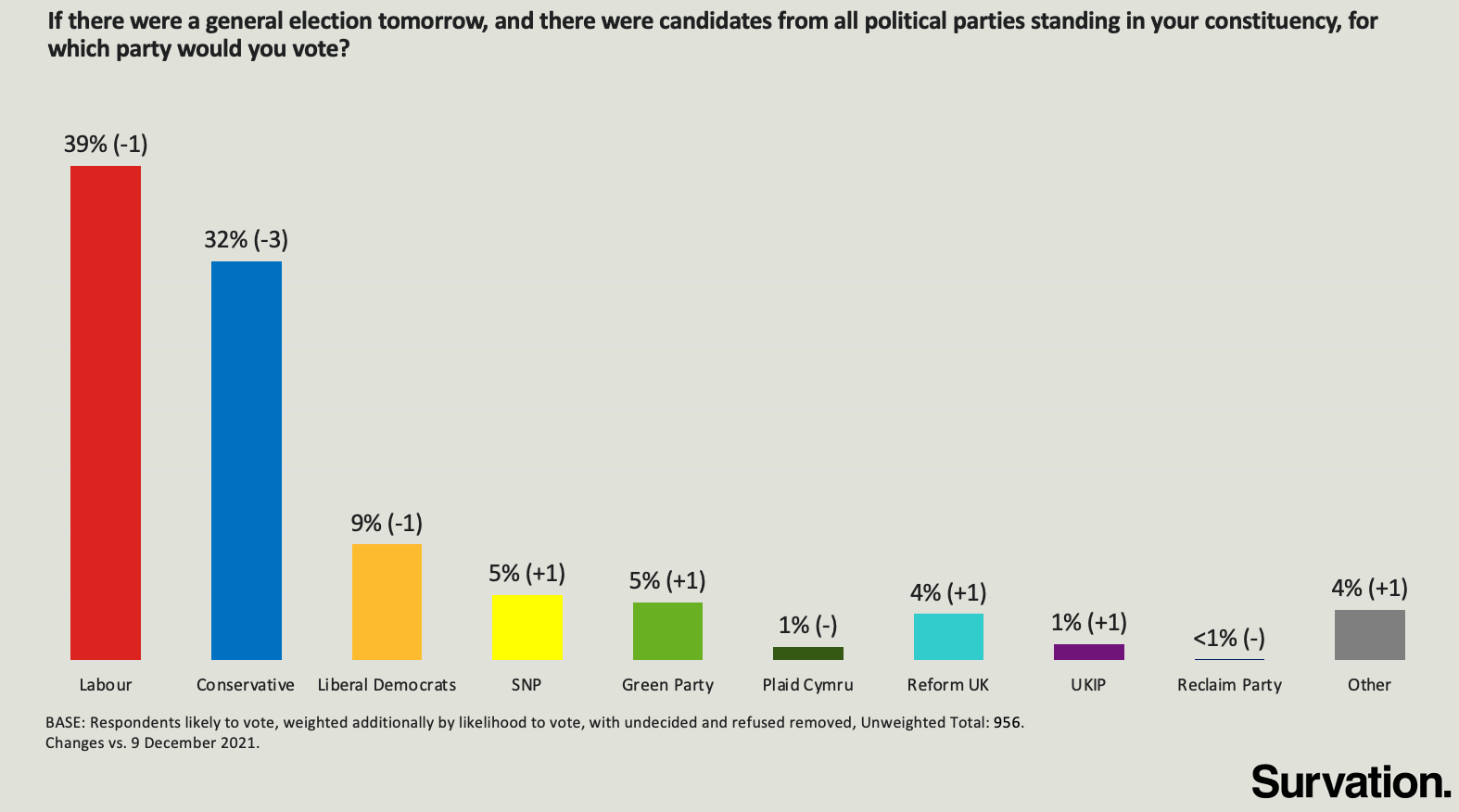 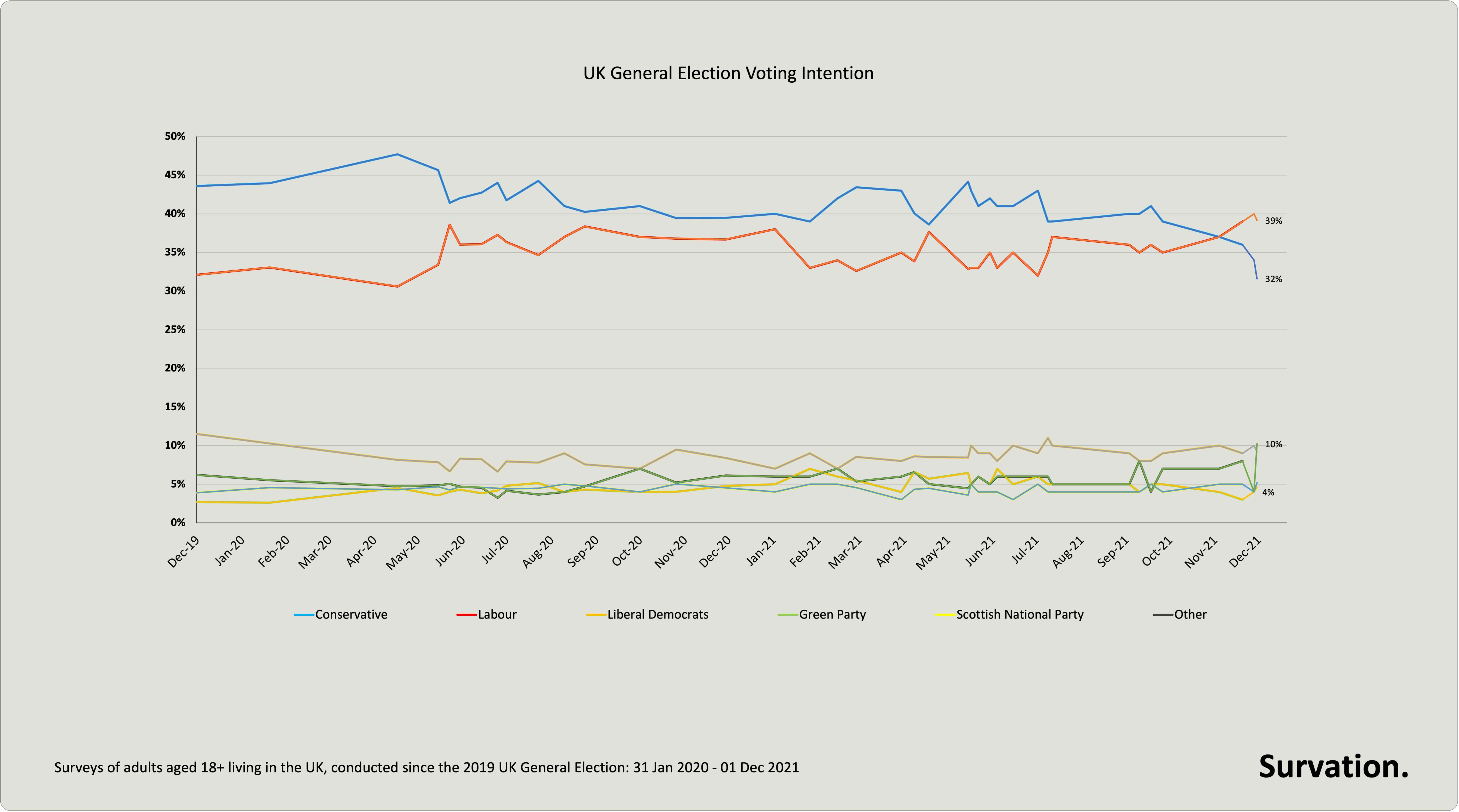 Similarly, the perceived performance of the Government, and favourability of the Conservative Party, and Boris Johnson continue to show declines amongst the public, whereas the Labour Party’s and Keir Starmer’s ratings have seen improvement. 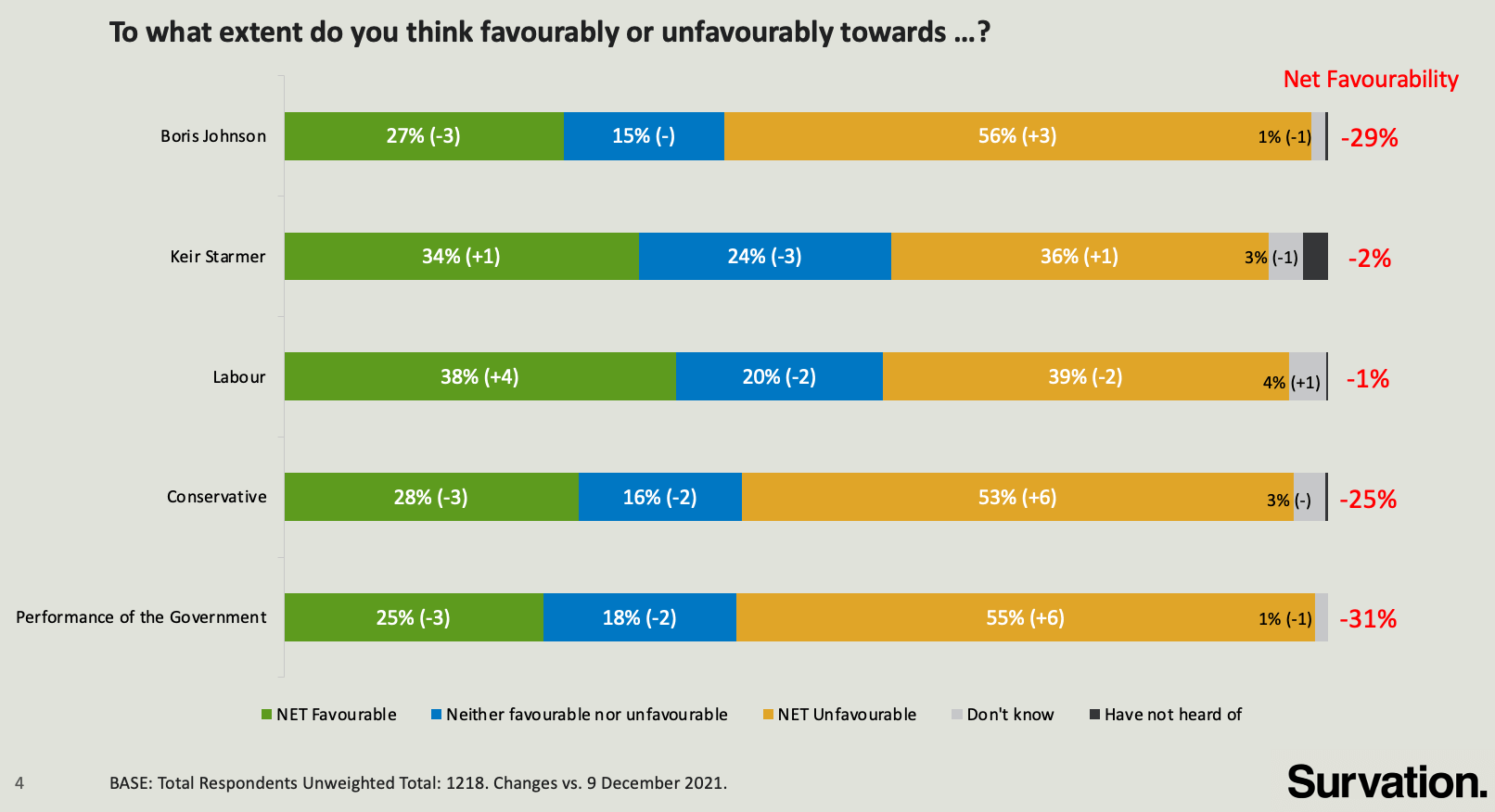 The numbers of those who believe that Starmer would make the best PM also continue to rise, at 39%, with Johnson polling at only 30% backing his position. The number of those who are uncertain regarding either of the leaders’ capability to lead is also increasing. It must be noted that this is the first time that Starmer has become the preferred candidate since 6th October 2020. 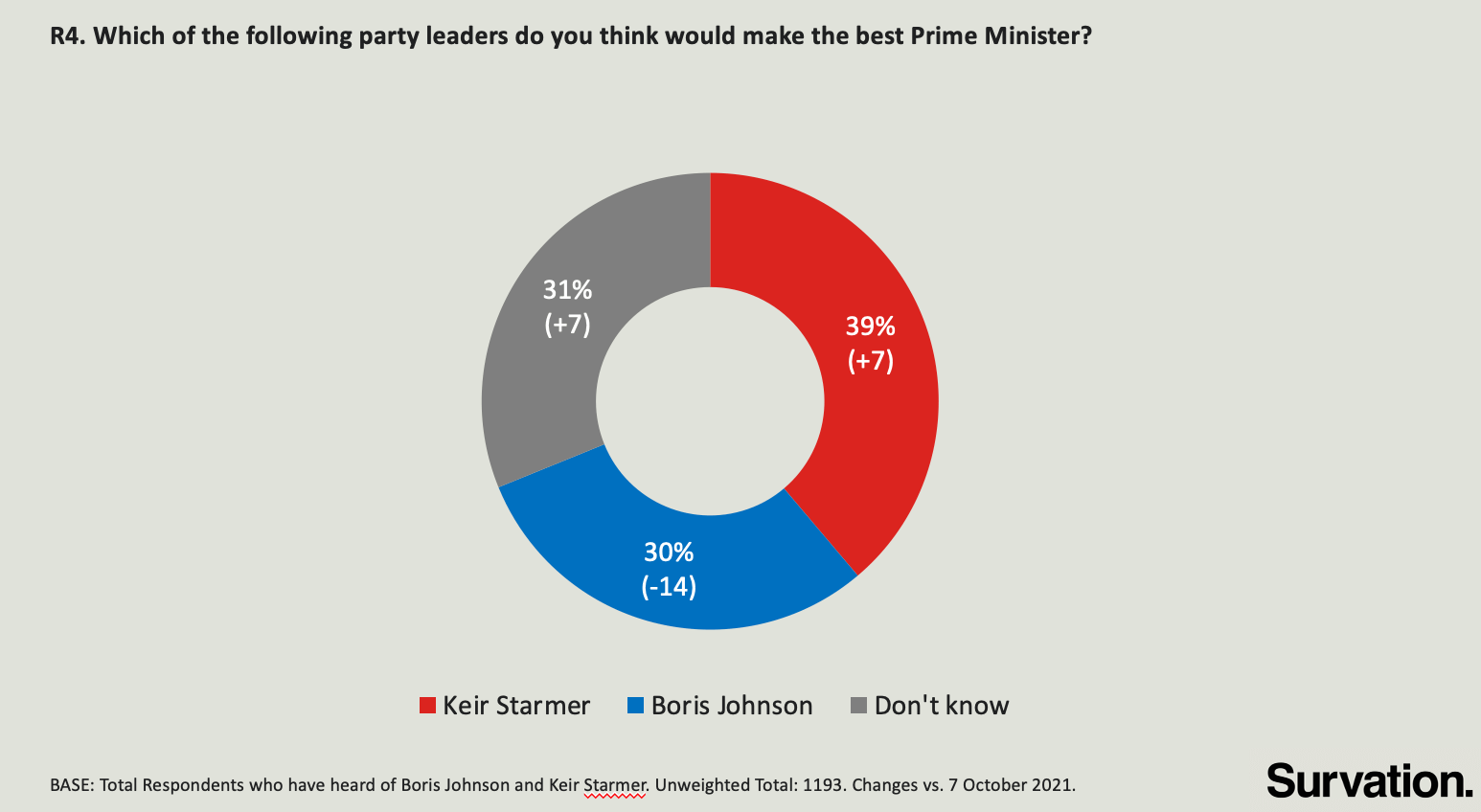 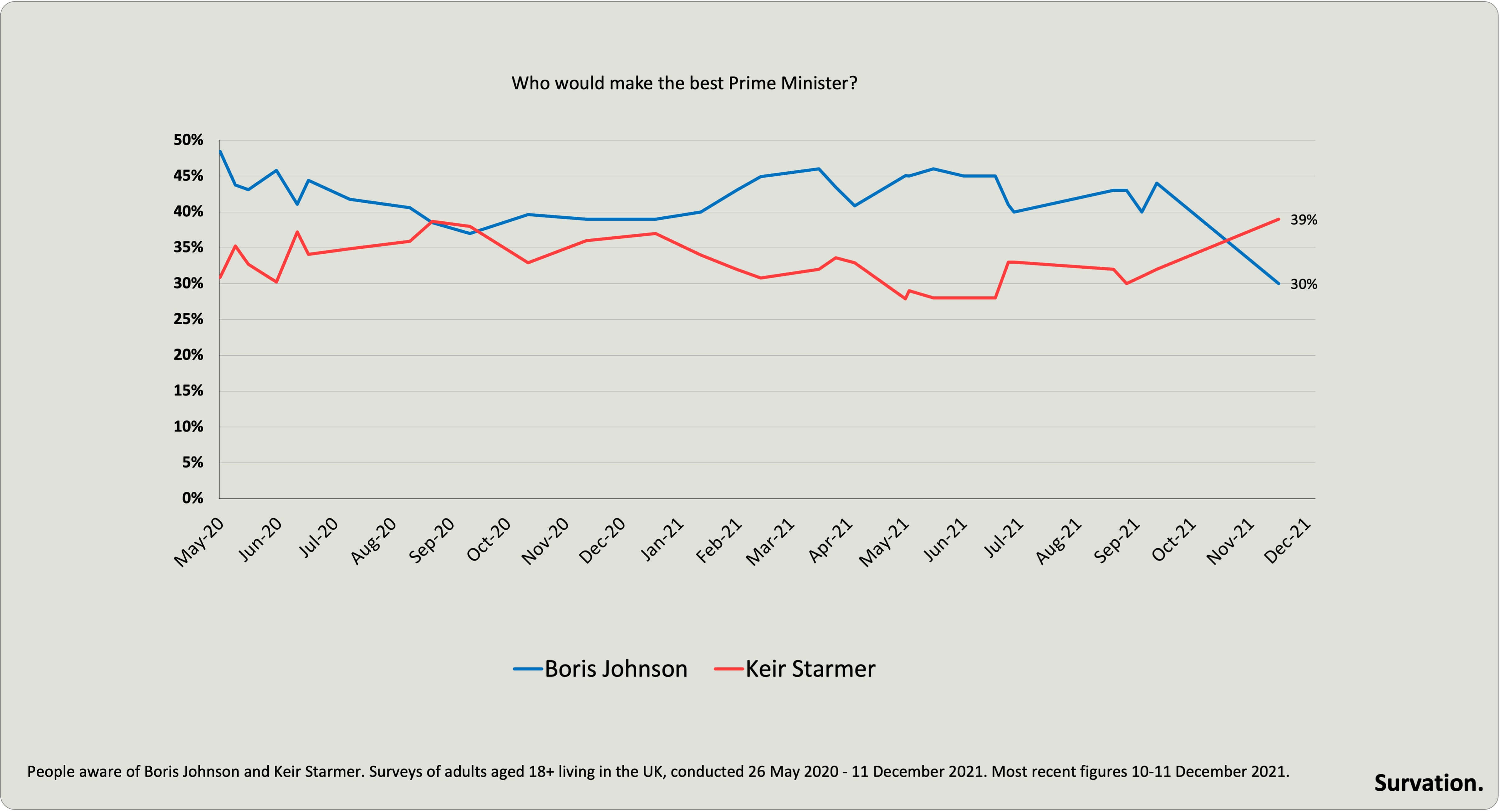 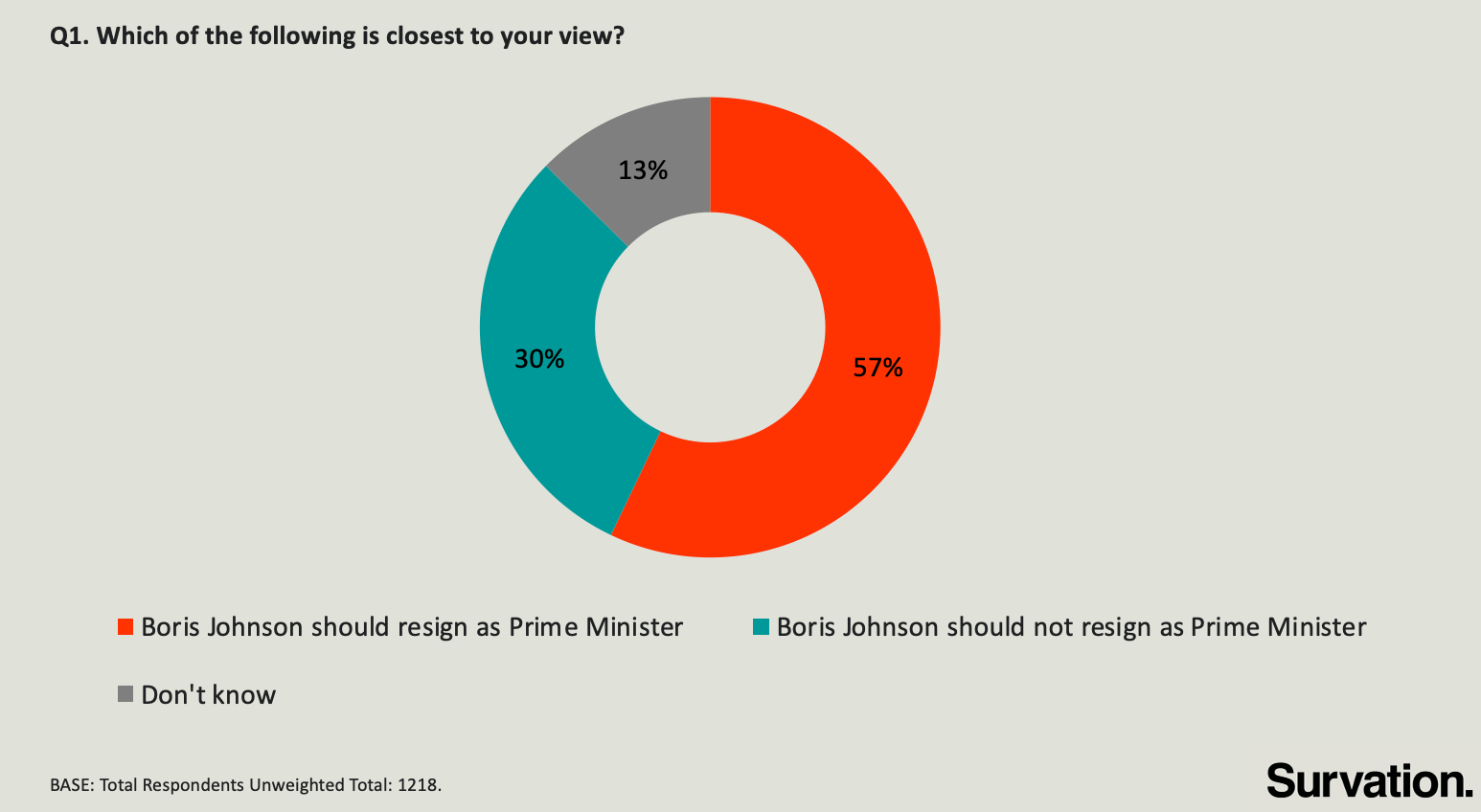 Under the scenario of Boris Johnson resigning, we asked the public who they prefer to see replace Johnson as Conservative leader and PM. While a third of the respondents (34%) said they did not know, Rishi Sunak is the most popular choice as a replacement, with 24% of respondents choosing the Chancellor. No other candidate stands out particularly for the public on this question. 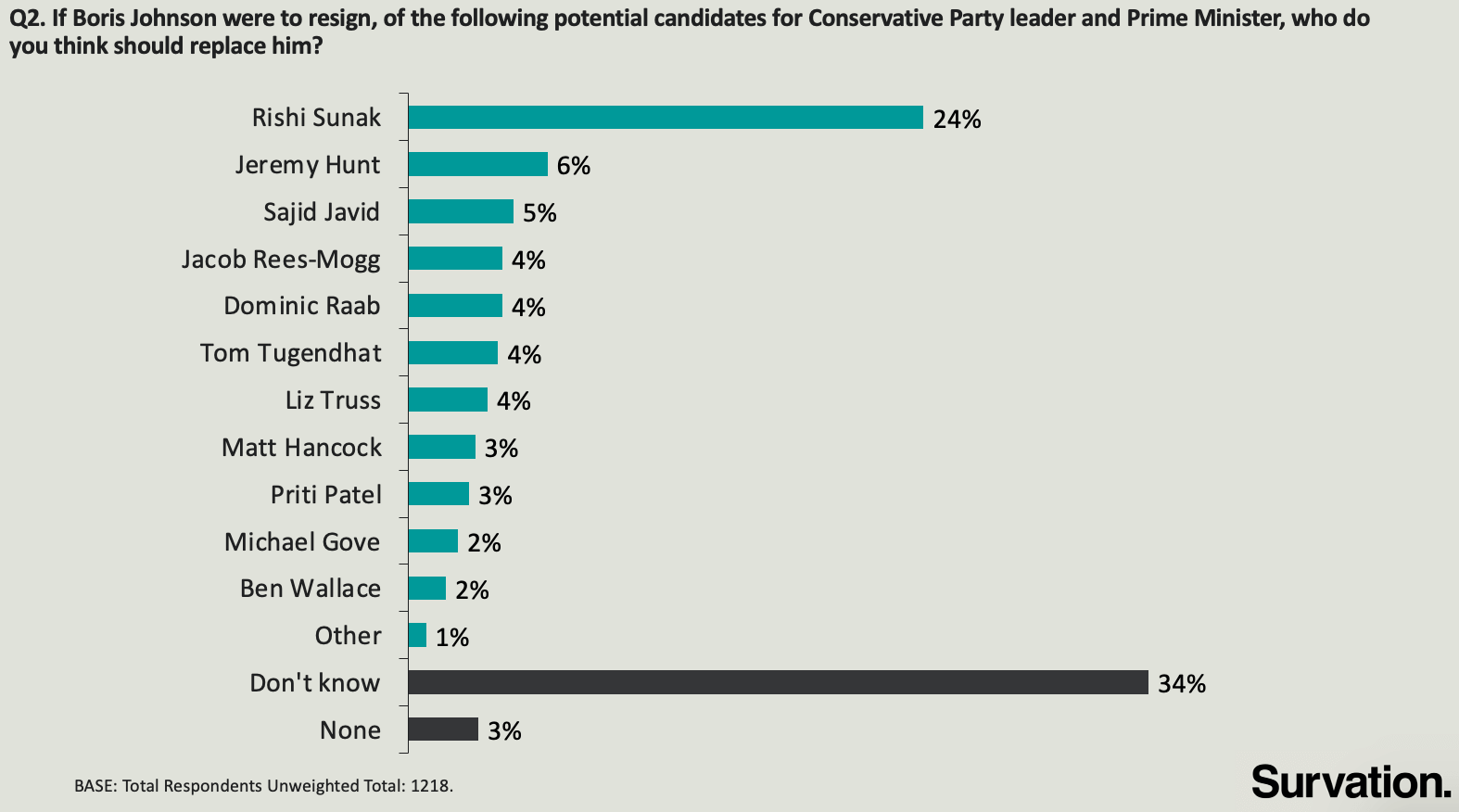 Survation is a member of the British Polling Council and abides by its rules. Data tables for these questions and responses can be found here.