A recent poll on behalf of the Scottish Refugee Council of people living in Scotland aged 18+ has surveyed attitudes to refugees.

It found that 69% of those surveyed agreed that ‘refugees are ordinary people just like us’ with only 13% disagreeing. The remaining respondents said they neither agreed nor disagreed, or they did not know. 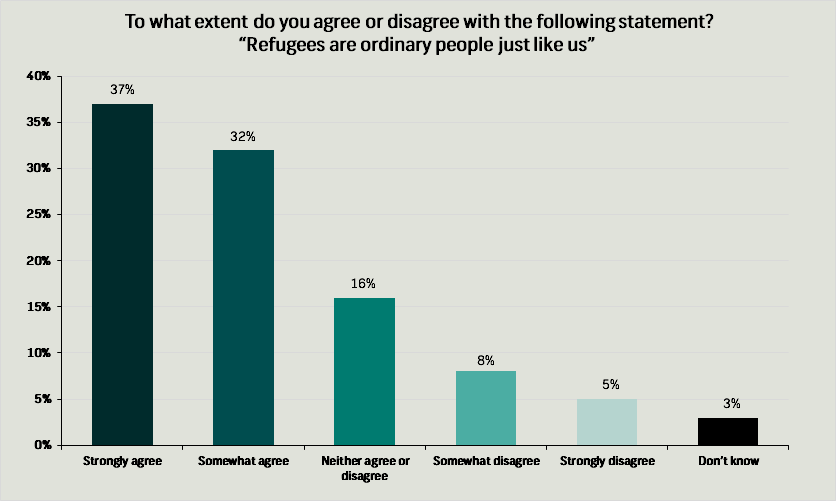 There was also considerable agreement that ‘people from a refugee background help Scotland to be a more vibrant place to live’ with 44% agreeing. Only 19% disagreed, 28% said neither and 8% said don’t know. 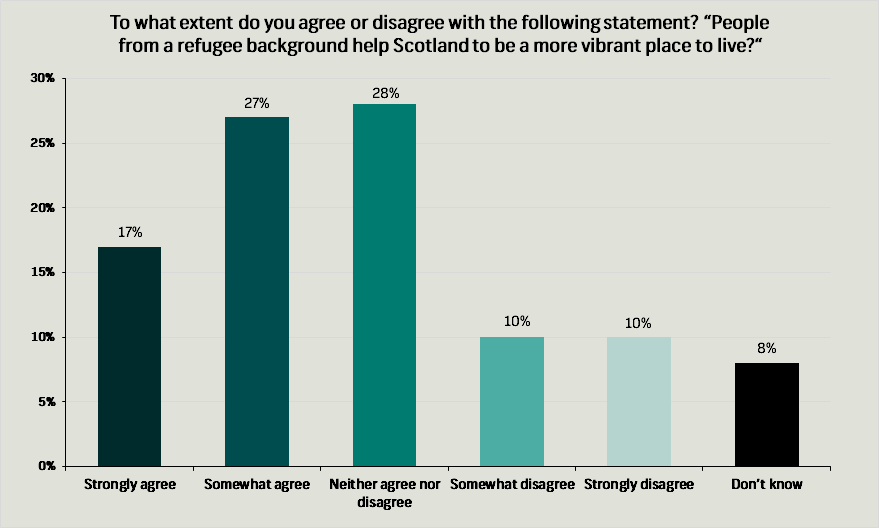 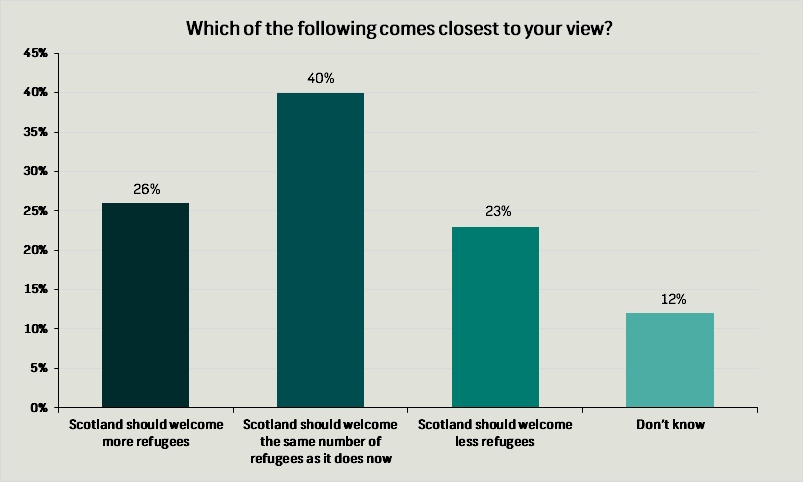 When asked how well they felt certain institutions had supported refugees, nearly two thirds (61%) believed that charities in Scotland had done well while 58% felt the same for the Scottish Government and 52% for Scottish local authorities. 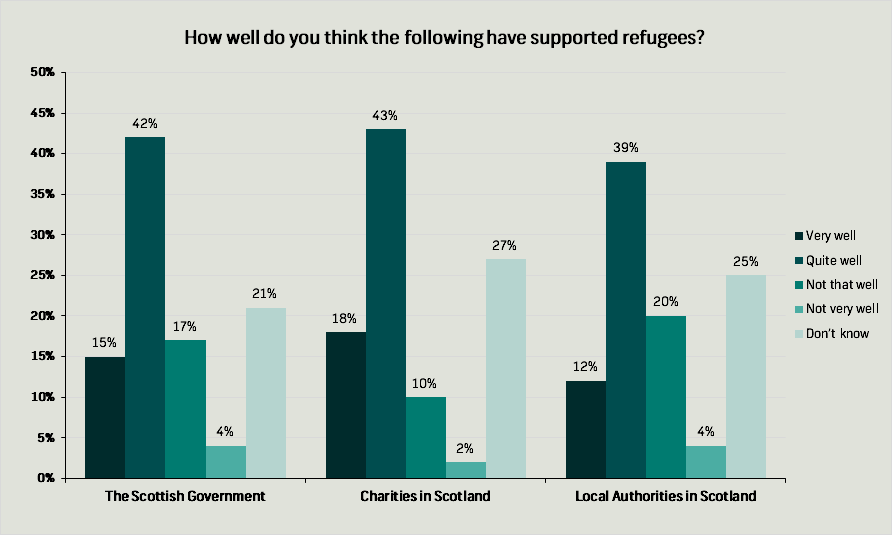 Survation polled 1000 people online aged 18 and over in Scotland on behalf of the Scottish Refugee Council.

Fieldwork was conducted between 1st and 4th March 2019.