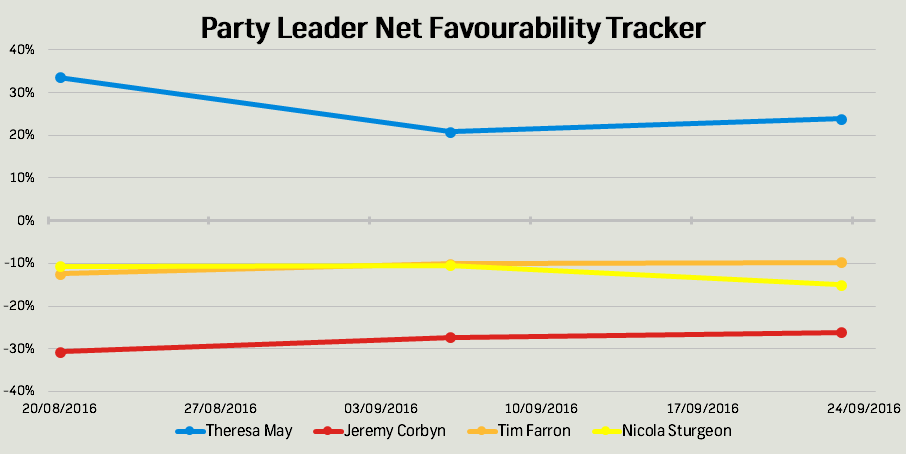 Ahead of her inaugural party conference as Conservative Leader, the latest in a new series of Survation omnibus polls continues to show Prime Minister Theresa May as the most favourable party leader, with a slight increase (+3) on her rating since the last poll.

Mrs May’s positive rating of +24 continues to compare favourably to Jeremy Corbyn’s -26, although fieldwork was conducted before the Labour Leader was re-elected and gave his leadership speech at his own party’s conference in Liverpool. Theresa May’s cabinet colleagues also continue to rate relatively well among those polled when compared with other politicians: Foreign Secretary Boris Johnson has a positive rating (+9) and Chancellor Philip Hammond (-3) and Home Secretary Amber Rudd (-6) have only a single-figure negative rating.

To enquire about adding questions to Survation’s UK or Scottish Omnibuses please email online@survation.com or call 0203 818 9661.