New research on behalf of the Fawcett Society to coincide with Equal Pay Day on the 10th November reveals that three fifths (61%) of workers would be uncomfortable asking a colleague about how much they earn. 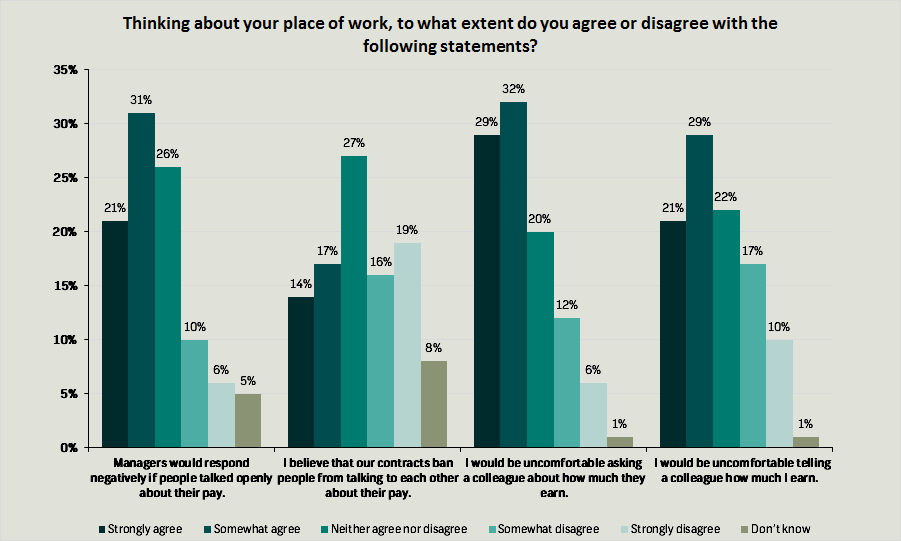 52% of workers surveyed said their managers would respond negatively if people talked openly about their pay, while nearly a third (31%) of respondents believed their contracts banned people from talking to each other about their pay which could explain the high percentage saying they would be uncomfortable asking a colleague.

When asked whether it was true or false that it was illegal to pay a woman less than a man if they are doing equal work, a third of respondents (34%) either said this was false or that they did not know. This despite it being nearly 50 years since the Equal Pay Act. 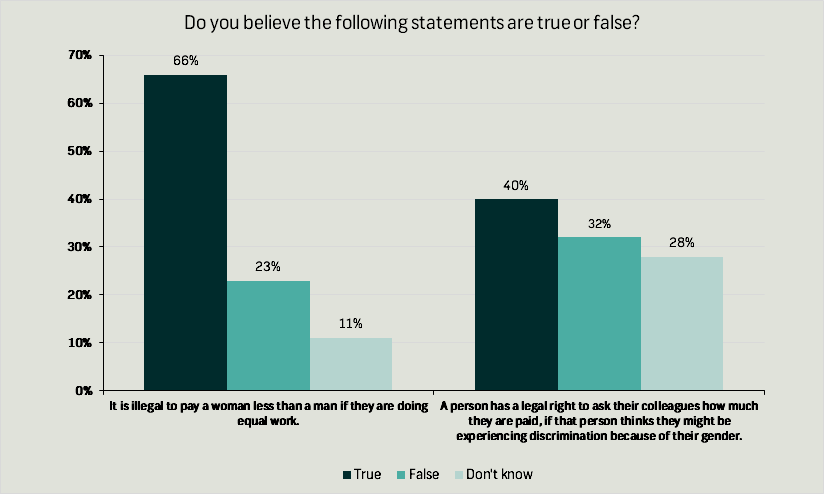 The majority of respondents (60%) were also unaware that it was true that a person has a legal right to ask their colleagues how much they are paid, if that person thinks they might be experiencing discrimination because of their gender. 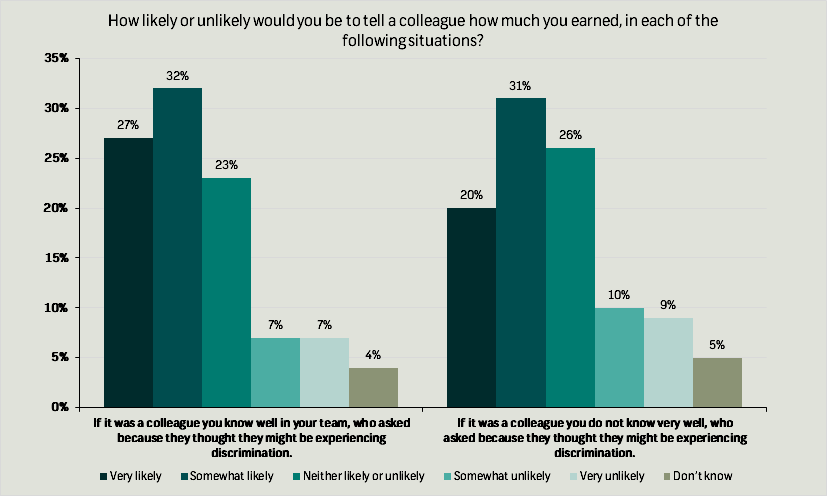