On behalf of the Mail on Sunday, Survation is the first polling company to conduct an opinion poll based on the new EU Referendum question wording after its recommendation by the Electoral Commission and approval by the Prime Minister.

Conducted online over the 3rd – 4th of September, Survation asked respondents the new proposed ballot paper question and asked them how they would vote if the referendum was held today. Full data tables are available here.

Excluding undecided voters, the results were:

Remain a member of the European Union 49%*

For reference, Survation’s most recent EU referendum poll, conducted between 29th June and 6th July using the same methodology and a similar but not identical question wording with a 5000 sample size (ex undecided voters) produced a 54% “Yes” (remain) and a 45% No (leave) result.

While these results are within the margin of error (a statistical tie) for this sample size (1,004), and this being just one poll, this is the first time Survation have shown a lead for “out” since November 2014, (with similar question wording) and is +6% for out/leave  since our last polling


There was net approval to the change in question wording (from those with a view) on the new Electoral Commission question recommendation.

Previously the government was planning to ask the referendum question “Should the United Kingdom remain a member of the European Union?”, with the answer options a simple “Yes” or “No”. 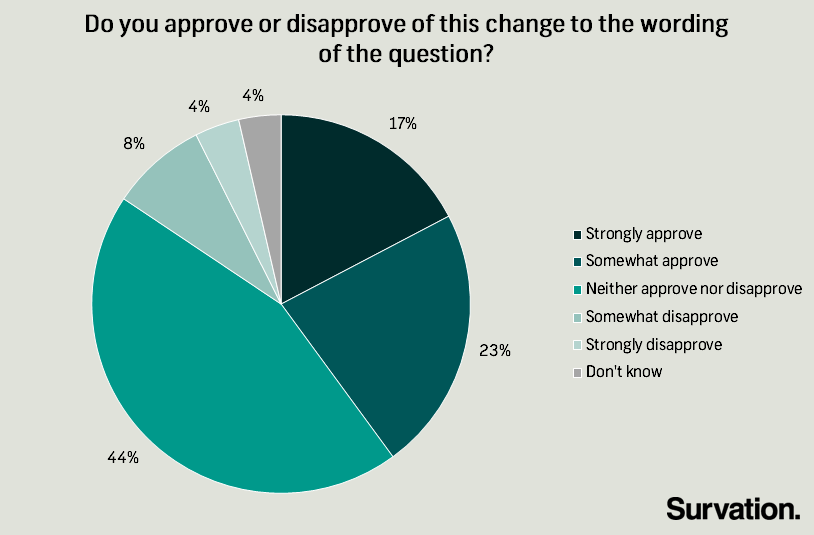 The follow on questions in the poll were mainly on the the topic of the current migration debate that has featured widely in the media, showing strong concern around the issue.

Finally, one question demonstrated that a significant minority of “remain” voters would consider changing their minds and voting to leave the EU should the migration crisis worsen. 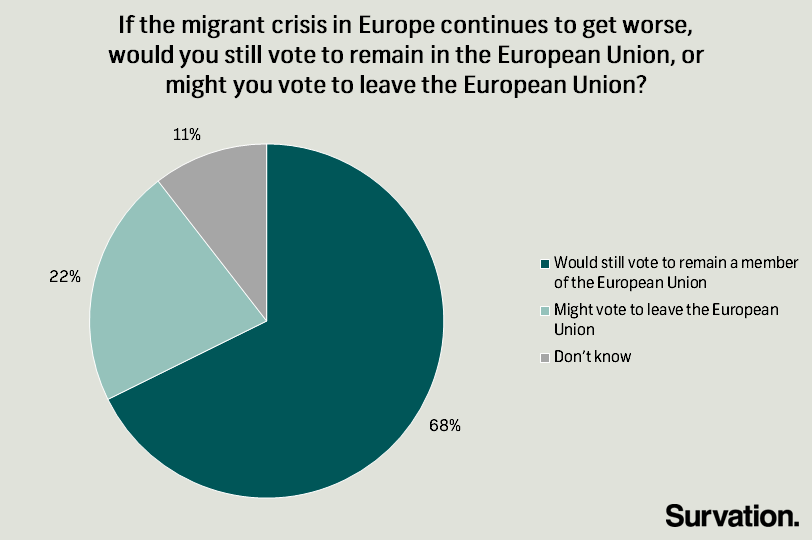 About Survation
Survation conduct telephone, online and in-person market research, as well as strategy & advisory research for well-known brands & organisations. Survation are members of the British Polling Council and abide by it’s rules.
You can sign up to our press release list clicking here.
Follow Survation on Twitter:
@Survation – Our Main Account
@DamianSurvation – Personal commentary from our Chief Executive
More about the services Survation provide can be found here. For press enquiries, please call 0203 142 7642 or email enquiry@survation.com
Survation Ltd Registered in England & Wales Number 07143509