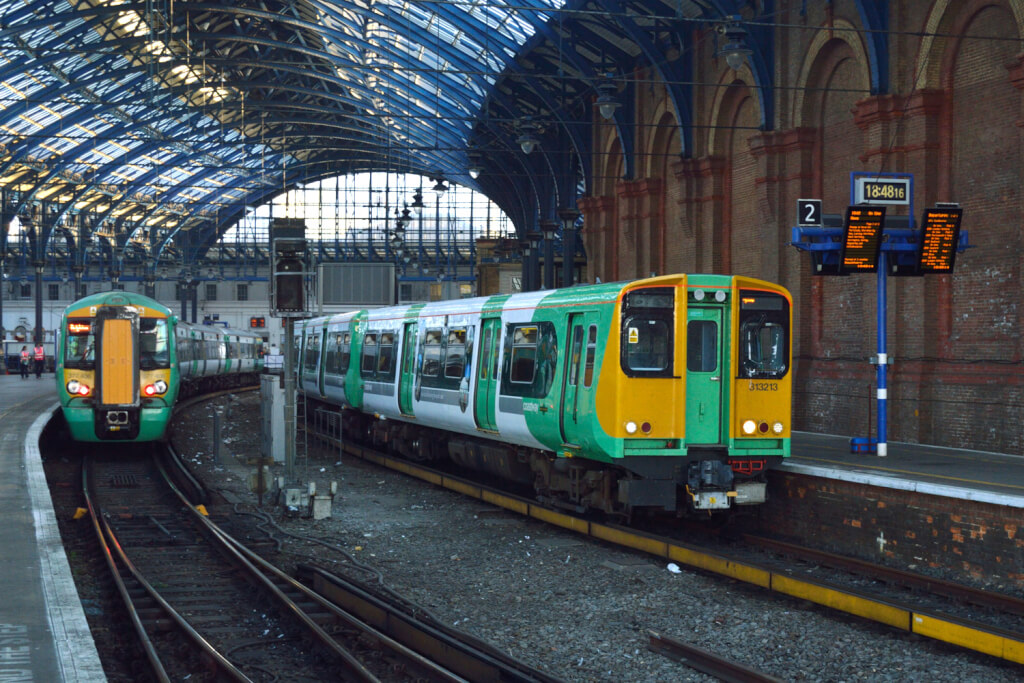 A new survey of people aged 18+ living in the UK on behalf of We Own It has explored attitudes towards the railways and how they should be run.

The poll found there was little support for the current system of privatisation with only 23% polled believing privatisation to be a success and 43% believing it to be a failure. Only 23% of respondents agreed that private train operating companies have the best interests of passengers at heart compared to 44% who disagreed. 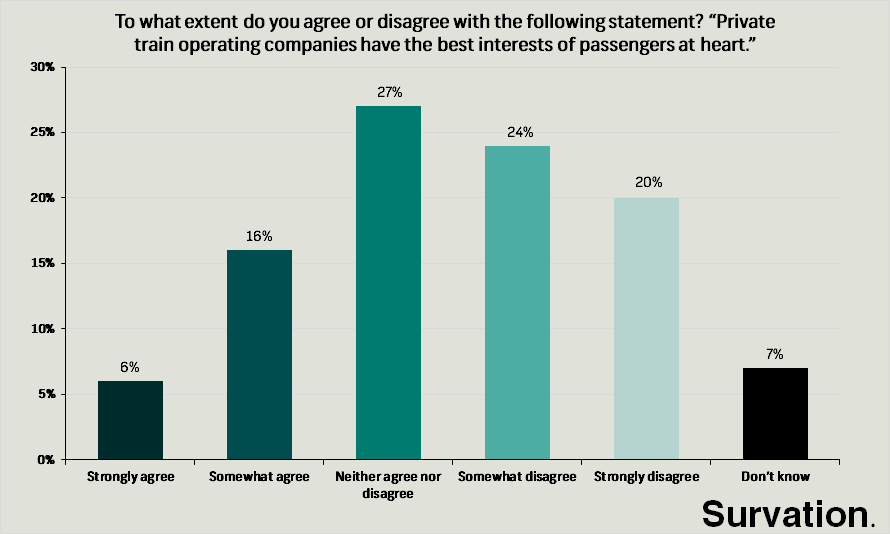 When asked if they thought the railways should be run in the public or private sector, 56% said the former and only 19% the latter. The remaining 24% said they did not know how it should be run. There was considerable belief that nationalisation would show some improvements compared to privatisation – 45% of those surveyed said fares would be cheaper and 51% said passengers would get better value for money. 19% said it would be more expensive and 14% said it would be worse value. 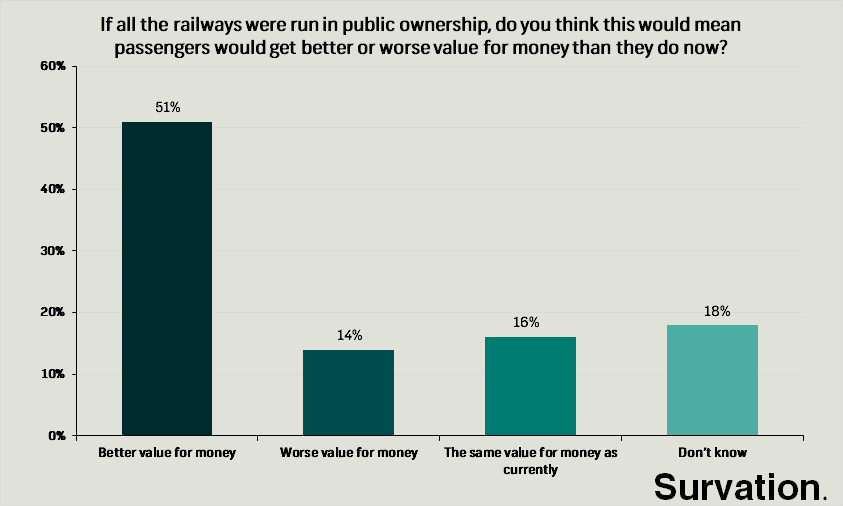 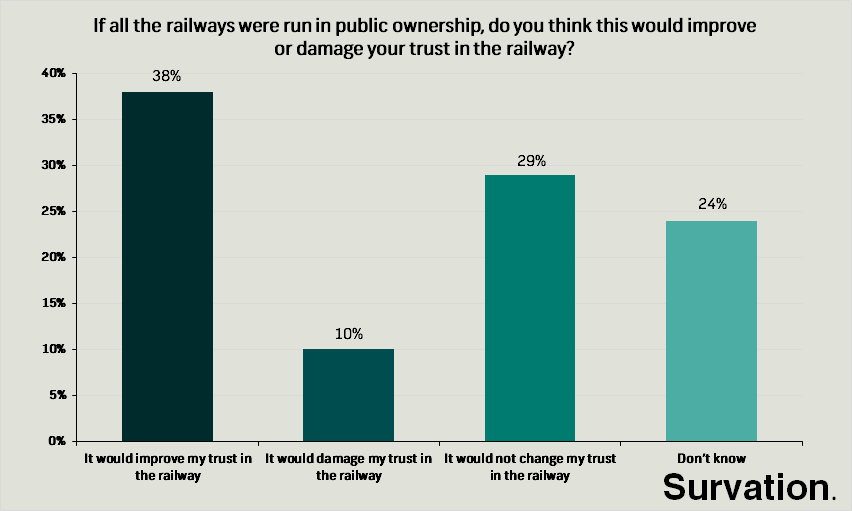 Survation polled 1002 people online aged 18 and over in the UK on behalf of We Own It.