New polling: Sorting out waiting lists is public’s top priority for the NHS

Survation has carried out research throughout the pandemic,  tracking attitudes, where people are receiving information from about COVID-19, and who they trust with this information.

This latest research was carried out for the NHS Communicate conference organised by NHS Confederation and NHS Providers.

The fieldwork was taken on 6th -8th of September 2021, and we interviewed 1014 adults, aged 18 online across the UK by online panel.

The public priority is to reduce the waiting list backlog and invest in the NHS.

The move towards online and phone consultation with health professionals during the pandemic is broadly supported by the public but they don’t want it to be the default option and want a mix of face to face and online/phone in the future.

The vast majority of the public have received direct (eg letters, emails) and indirect (eg TV, internet news) information from the NHS during the pandemic, and this has significantly increased through the course of the past year and half.

There are high levels of trust in the information received from the NHS during the pandemic, but there is a variation of trust levels, with the oldest trusting NHS information the most and younger and more marginalised people the least.

When the public was asked to rank their most important priorities, tackling the waiting lists that have been built up during the pandemic and investing more money in the NHS were the highest priorities.

The strength of feeling on tackling waiting lists rises the older you are.

The most popular for 18-25 year olds is investing more money in the NHS.

Online/phone vs face to face consultation

The highest number of people, 43%, said online and phone appointments are a good idea but not for every appointment, but with only 16% answering that ‘we should do more of it’. More than a fifth of the public only want face to face appointments.

This group which are opposed (22%) to online and phone appointments is more male than female, in the 55-64 age group, lower earners/lower educational background, and more likely to be Conservative than Labour voters.

The highest cohort –  people that think it’s a good idea but not for every appointment – are more likely to be older, higher earners, with an equal split of Conservative and Labour voters. 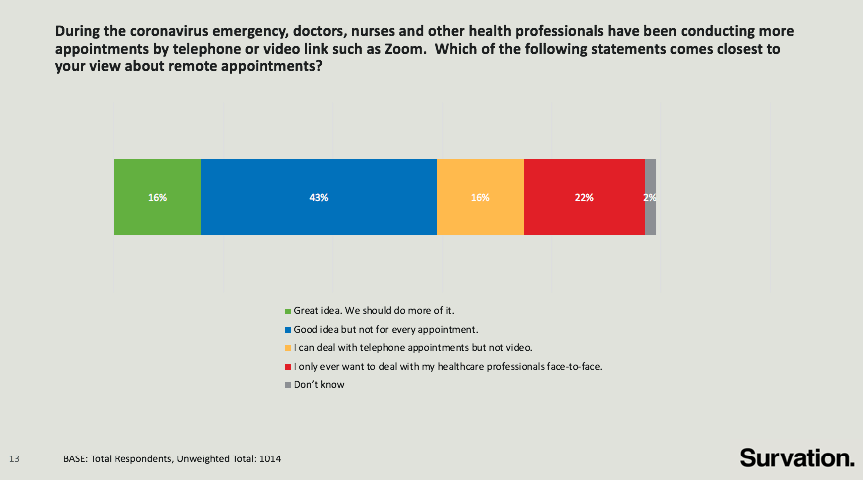 The NHS and the Government (and devolved governments/administrations) are the most common sources of information for people during the pandemic. Since the start of the pandemic in March 2020, there has been a 13% increase to 83% of the public who recall receiving information about COVID-19 from the NHS.

However, of the 14% who haven’t recalled receiving information from the NHS, it is disproportionately more among young people, lowest earners, unpaid volunteers or the unemployed and highest for those unable to work due to long term illness and disability. 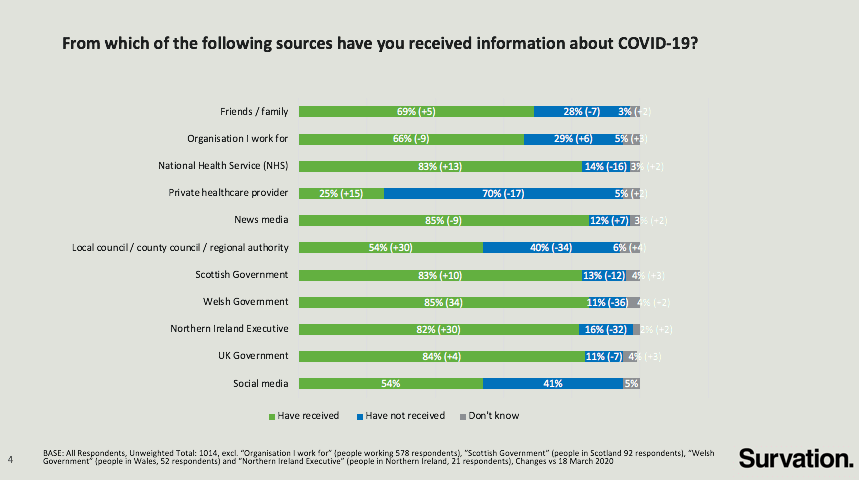 Who do the public trust with information about COVID-19?

The NHS has the highest trust rating with COVID information, with 31% completely trusting it, and 49% with good trust. By contrast only 8% have complete trust in information from the UK Government but 48% with a good level of trust.

Lower trust ratings for the NHS are evident the younger you are and lower earners but with no difference in how you vote. 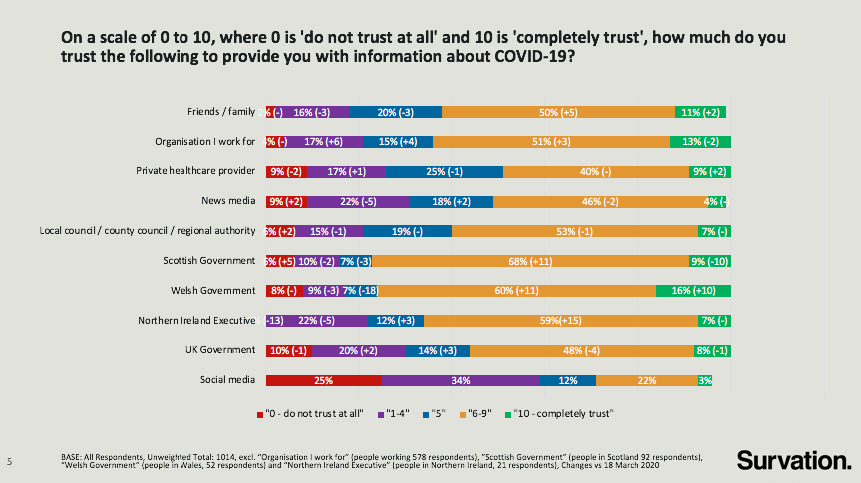 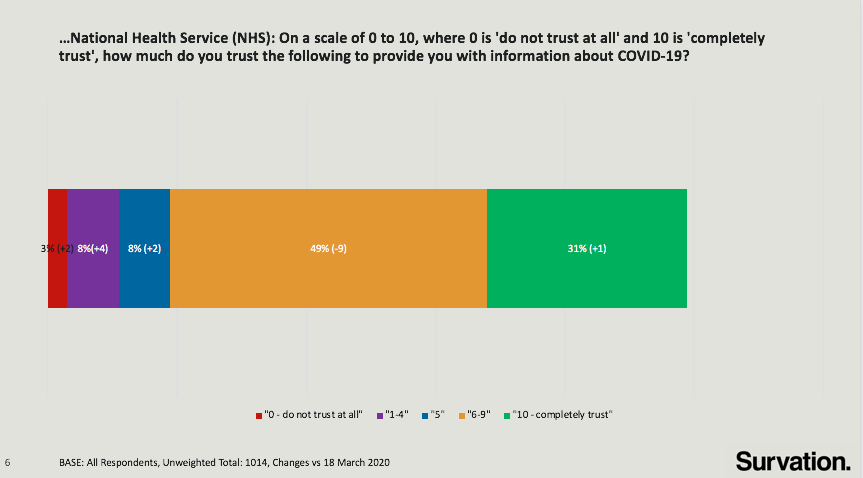 How do people receive information from the NHS

But of the people more reliant on social media, younger people at 40% (as opposed to average of 25%), also significantly higher number for unemployed and people not working due to illness or disability. 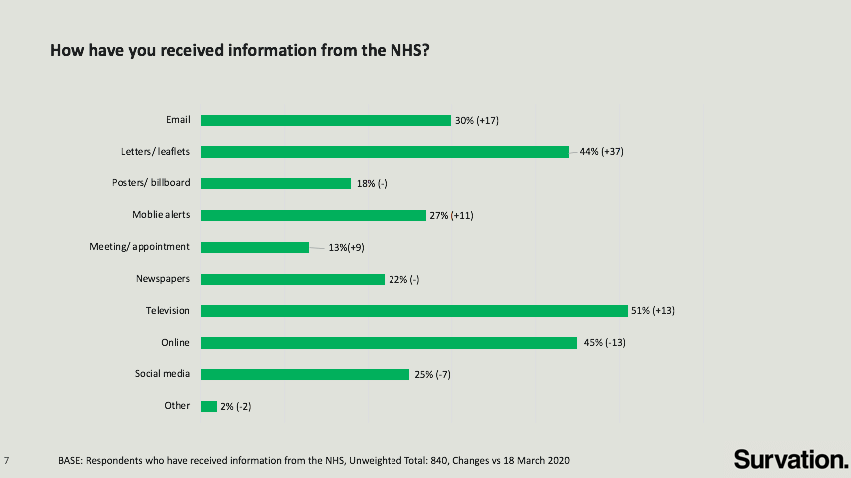 Some learning for NHS communicators from this research

The rapid rise in concern about waiting lists reflects some unease about how much is perceived to have been put on hold during pandemic. Support for the NHS has been high and consistent during the pandemic.

Support for online/phone consultation is to an extent conditional and public don’t want it as default option in the future.

There has been a significant rise in people receiving direct and indirect communications from the NHS in the past year and trust levels in this information remains very high.

But NHS communications to the younger and most marginalised is more of a challenge, there is less trust, and more information they receive is filtered through a social media prism.