The Conservative lead over Labour has been narrowing steadily in the past 2 weeks: 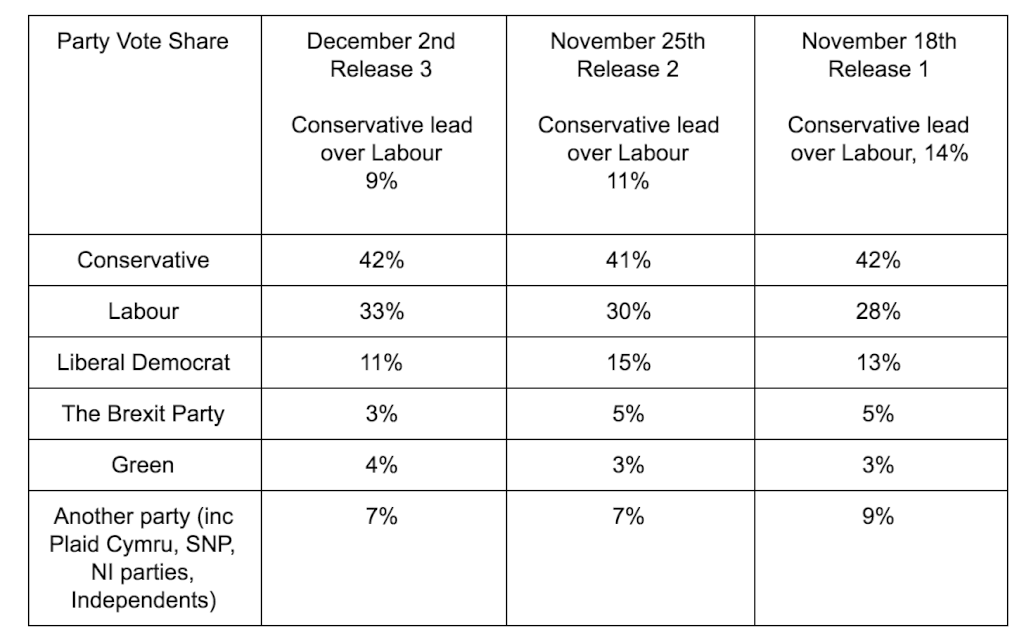 But why is Labour doing better?

There are some findings from this series we have picked up, which may be linked to tactical voting or the firming of decisions that are now being made about actual vote intention vs a person’s preferred vote choice.

Labour is doing better in our polling among 2016 Remain Voters: 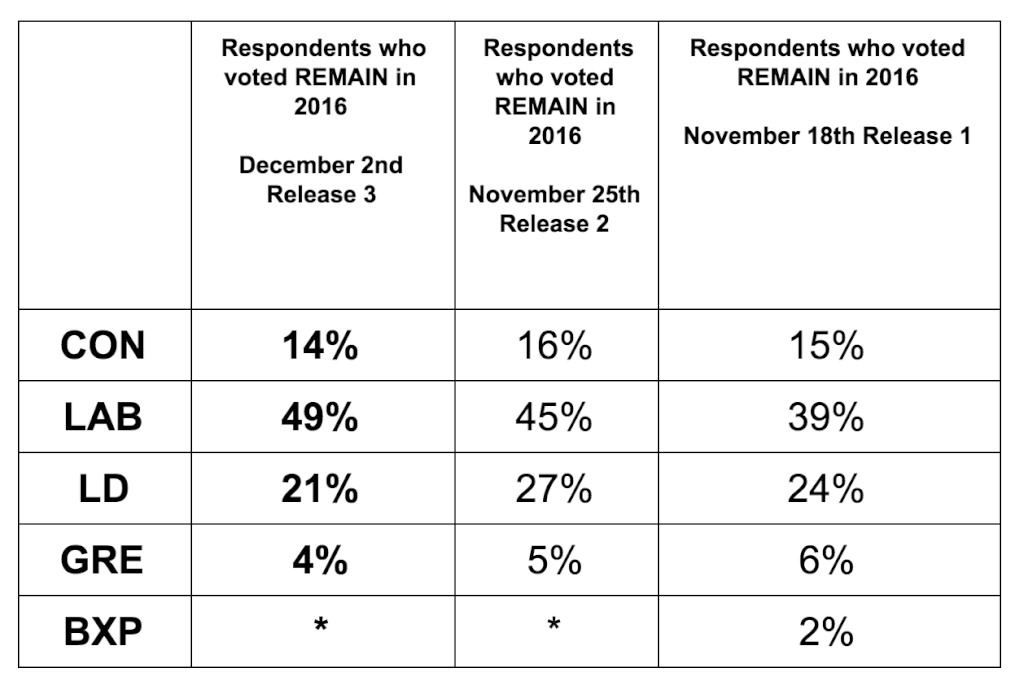 Almost half of respondents who voted remain in 2016 currently stating a vote choice now say they will vote Labour which is  +10 over 2 weeks ago.

No such increase (small numbers but likely declines) has been observed for LDs or GRE,  so this is some evidence of remain voters switching to Labour, potentially tactically.

15% of Remain 2016 voters currently say they are undecided who to vote for this election (nb 11% of leave voters say this also) The importance of this factor is not clear and may be of no significance and undecided can be a proxy for “would not vote”.

The importance of Brexit in deciding vote choice?

We ask each week:

What would you say is the number one issue for you when it comes to deciding your vote? (This question is unprompted, which is important).

This week’s data showed fewer respondents saying something relating to Brexit, although it remains of high importance to the Conservative base.

This could be an important aspect to monitor due to the Conservative campaign’s singular focus on making Brexit the number one election message.

The graphic below shows the top response of 1065 persons*. Crossbreak of current voting intention and 2016 EU Referendum Vote.

*Top 3 most mentioned issues across the whole sample only.

Which of the following party leaders do you think would make the best Prime Minister?

If you are interested in commissioning research or to learn more about Survation’s research capabilities, please contact Harry Mason on 020 3818 96612 or John Gibb on 020 3818 9661 email researchteam@survation.com or visit our services page.