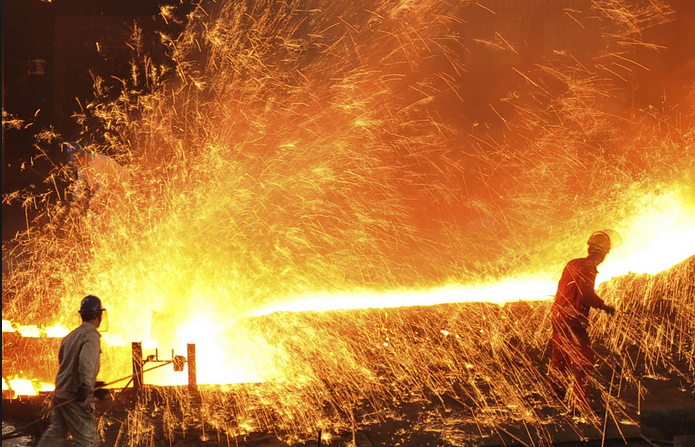 On behalf of UNITE, Survation polled attitudes to the state of the UK steel industry,  the sharp fall in global steel pricing and the resulting UK job losses. Full tables are available here. 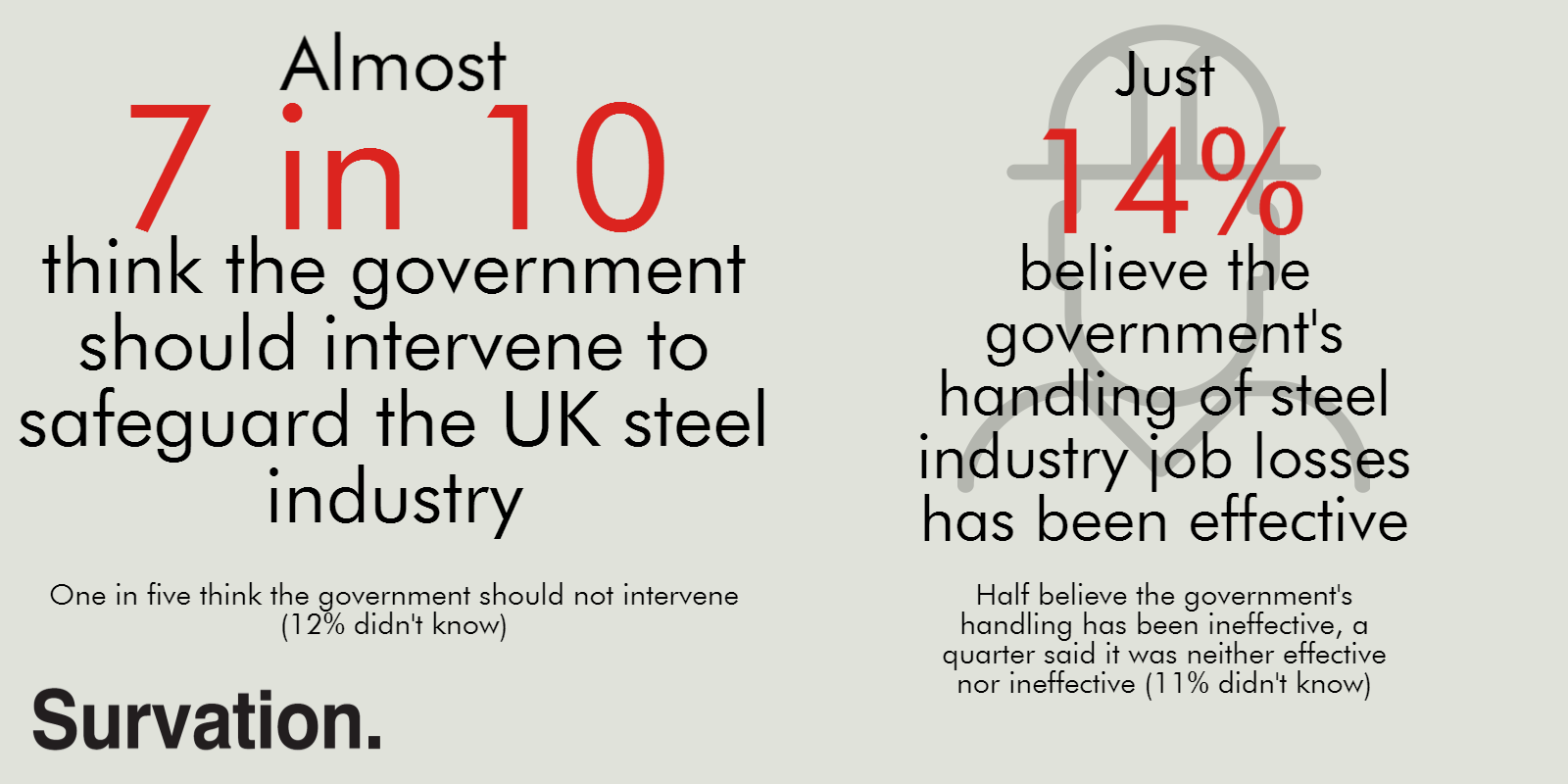 Looking at the North more specifically, while (58%) of all regions told Survation the recent loss of jobs in the north and Scotland undermined the government’s commitment to creating a “Northern Powerhouse” vs 22% saying it did not, this figure rose to 68% in the North and Scotland when job losses are being felt.

Do the public think the government would be more supportive if the job losses affected an industry based mainly in London and the South East of England?

45% of the public thought the government would be more, with just under a third (32%) saying the government’s response would be no different wherever the affected industry was based. In the North of England itself these figures were 54% and 10%  respectively. 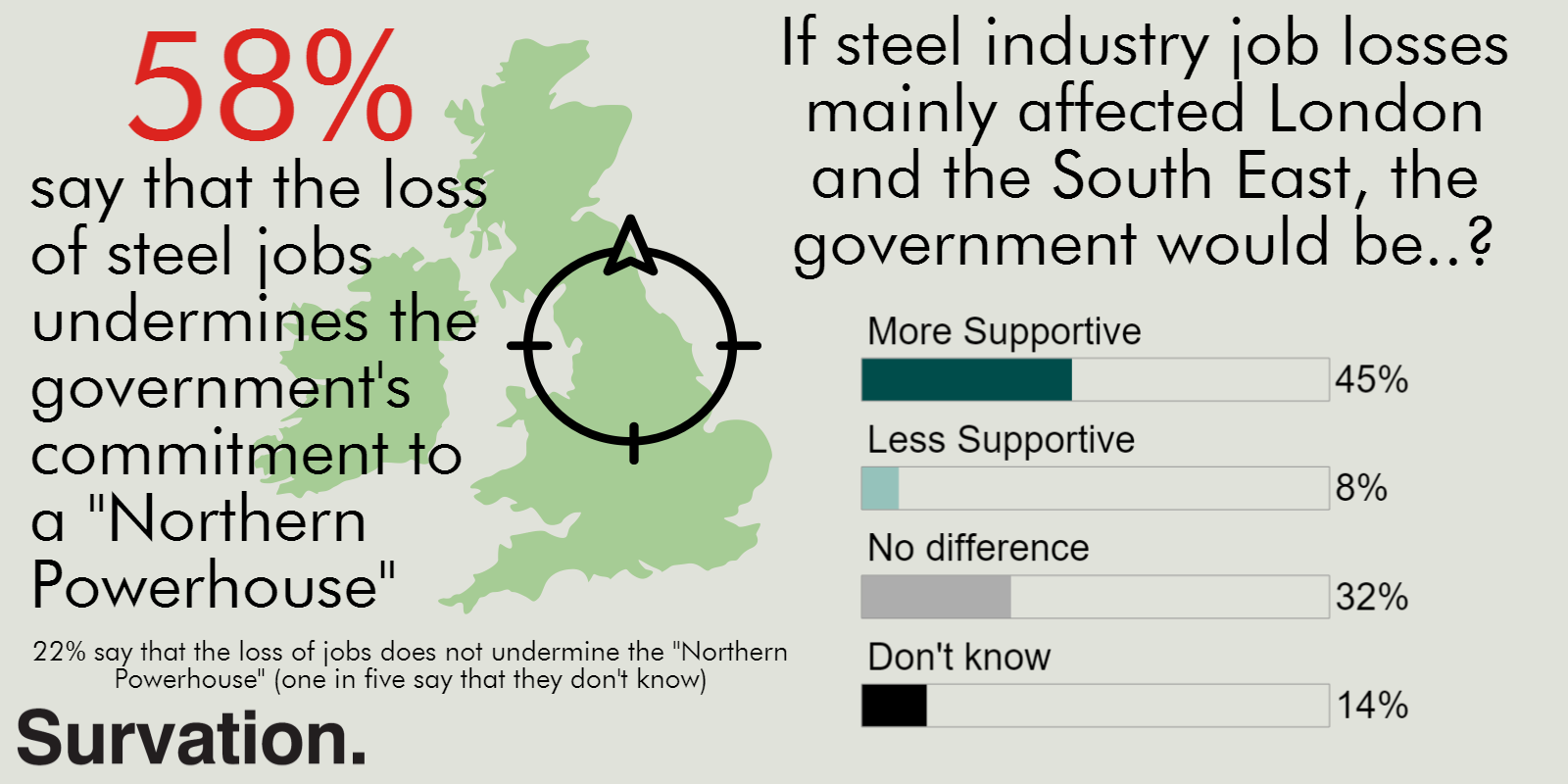 Are 11 Consecutive Quarters Of GDP Growth Cutting Through To Perception? Stark Regional Differences.


More broadly, half of the public do not feel that the economy is recovering in their local area despite eleven consecutive quarters of GDP growth, with only a third (36%) saying that they feel an economic recovery locally and 14% saying that they don’t know.

While employment statistics show improvement in UK job numbers, less than a third  of those polled in all regions (29%) felt that there are enough “good-quality” jobs for people in their local area, with three-in-five (59%) saying that there are not enough good-quality, local jobs, 12% not knowing.

Wales, Scotland and the North of England showed the largest perception gap in this question – London alone stands out for majority perception of the  availability work so described:

More about the services Survation provide can be found here. For press enquiries, please call 0203 142 7642 or email enquiry@survation.com