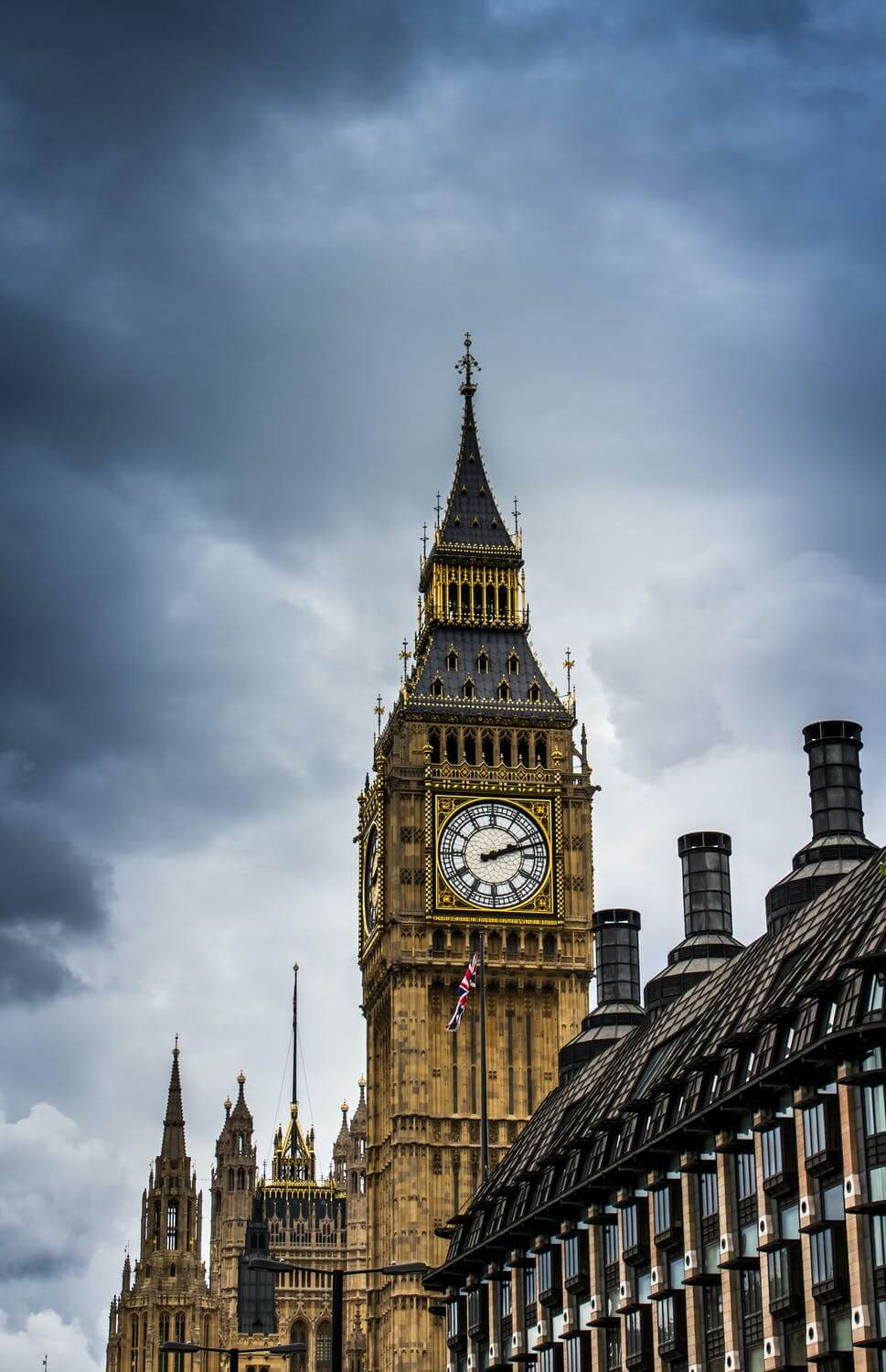 Our latest voter intention poll gives Labour its largest poll lead since July 2019 when Boris Johnson became Prime Minister. It is also the first Survation poll to put Labour in the lead since the general election. 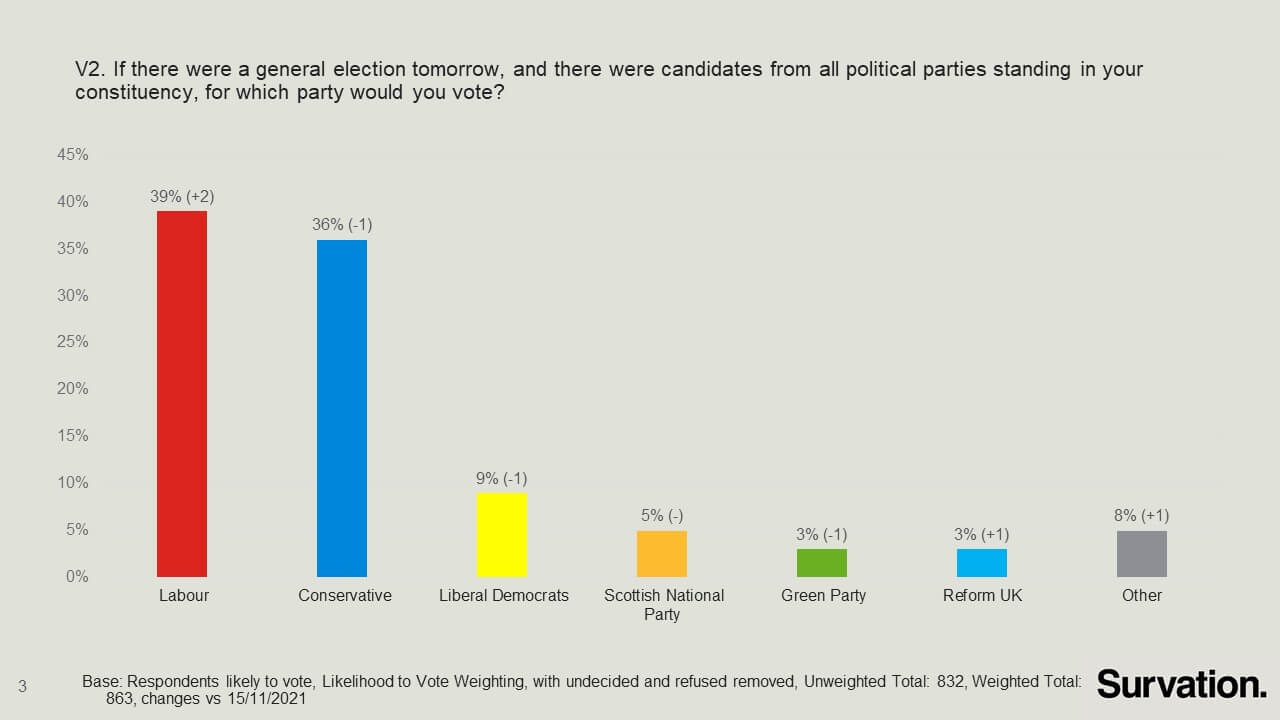 GE Survation poll to put Labour in the lead since the general election.

As can be seen on the graphic below, what might be an interesting take is how the Conservative retained some type of polling lead amid a period of various types of criticism of their pandemic response.

Early polls post the 2019 GE result showed big leads similar to their firm GE win which maintained as the Government made initial preparations for a COVID response, the public supported these measure in general.

The initial “Honeymoon period” ends- April-Jun 2020 – By May 2020, the public could see recorded deaths rising to 29,427 and the UK experiencing the highest number of COVID-19 related deaths in Europe at that time. Criticism that the UK Gov had been slow to initially lock down were made, Hospital polices of discharging patients back to Care Homes saw 5,890 deaths from COVID-19 by 24th April, Boris Johnson says he “bitterly regrets” the crisis in care homes .

Meanwhile at the same time, the UK had an acute shortage of PPE, the government made some desperate and public attempts to secure emergency shipments to ameliorate the criticism of shortage but looked to be struggling as 400,000 Turkish did not appear to materialise and when did were declared unusable May 7th. 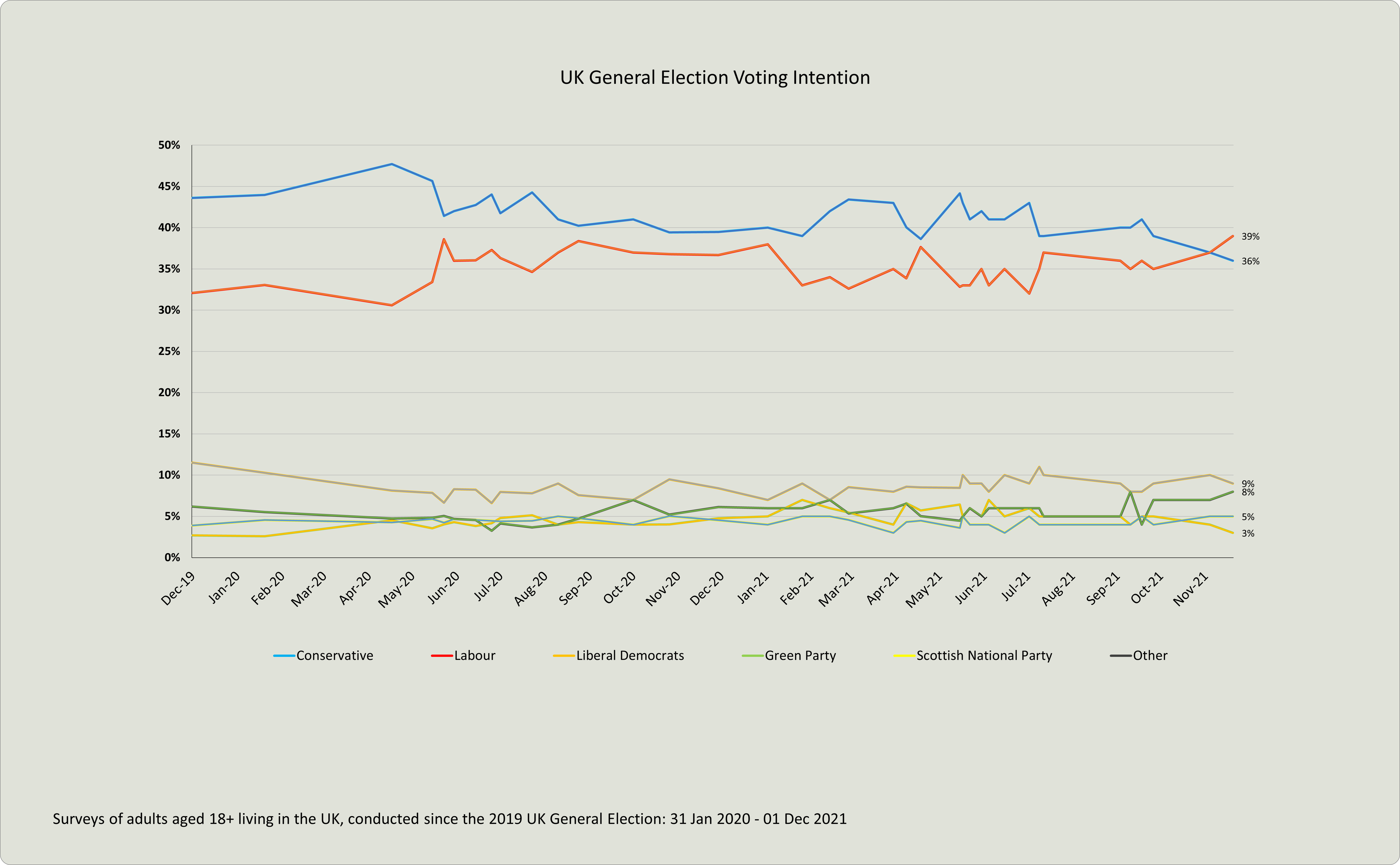 Data Collection Method
The survey was conducted via online panel.
Invitations to complete surveys were sent
out to members of the panel. Differential
response rates from different demographic
groups were taken into account.

Population Sampled
All residents aged 18+ living in the UK