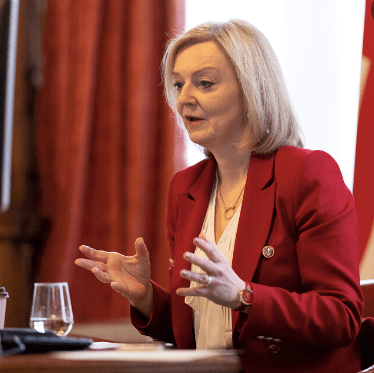 On the day the new Prime Minister Liz Truss announces the Government’s plans for the energy price crisis, a snap poll carried out for 38 Degrees, shows the public by a large majority believe energy producers should be made to pay through a windfall tax on excess profits to fund some of the cost of a cap on bills.

37% of the public, 42% of 2019 Conservative voters, and 39% of 2019 Labour voters, believe government borrowing and higher taxes in the future should be included in the plan to cap energy bill.

A quarter of the public believe consumers should pay back the costs of the price cap through higher bills in the future,  28% of 2019 Conservative voters and 28% of 2019 Labour voters.

70% of the public believe the Government has to do more than freeze energy bills, think additional support to people struggling with the cost of living should also be included. 19% believe just freezing energy bills would be sufficient.

In terms of energy sources for the future, the public are supportive of a mix of methods, with the strongest support for offshore wind turbines, 71%, and solar panels, 70%.

Damian Lyons Lowe, Chief Executive of Survation, said: ”Although Liz Truss has stated her opposition to a Windfall Tax being a source of funding, just 5% of those that voted Conservative in 2019 are in agreement with the Prime Minister. 84% of these Conservative voters support the Labour and Lib Dem position of Windfall funding – higher support even than former Labour voters (74% in support), driven by the policy’s popularity with older and more affluent voters”.