Public: Yes to COVID restrictions but sharp drop off since first wave in support for government’s handling

Survation’s January political and COVID-19 polling shows the public strongly supports lockdown restrictions – would support even tougher measures – but there’s been a sharp drop off in support for the government’s handling of COVID-19 since last May, and an eight point drop in the Prime Minister’s personal satisfaction rating in the past month.

However, voter intention remains largely unchanged, with the Conservatives holding a two point lead over Labour in our first poll of the year. 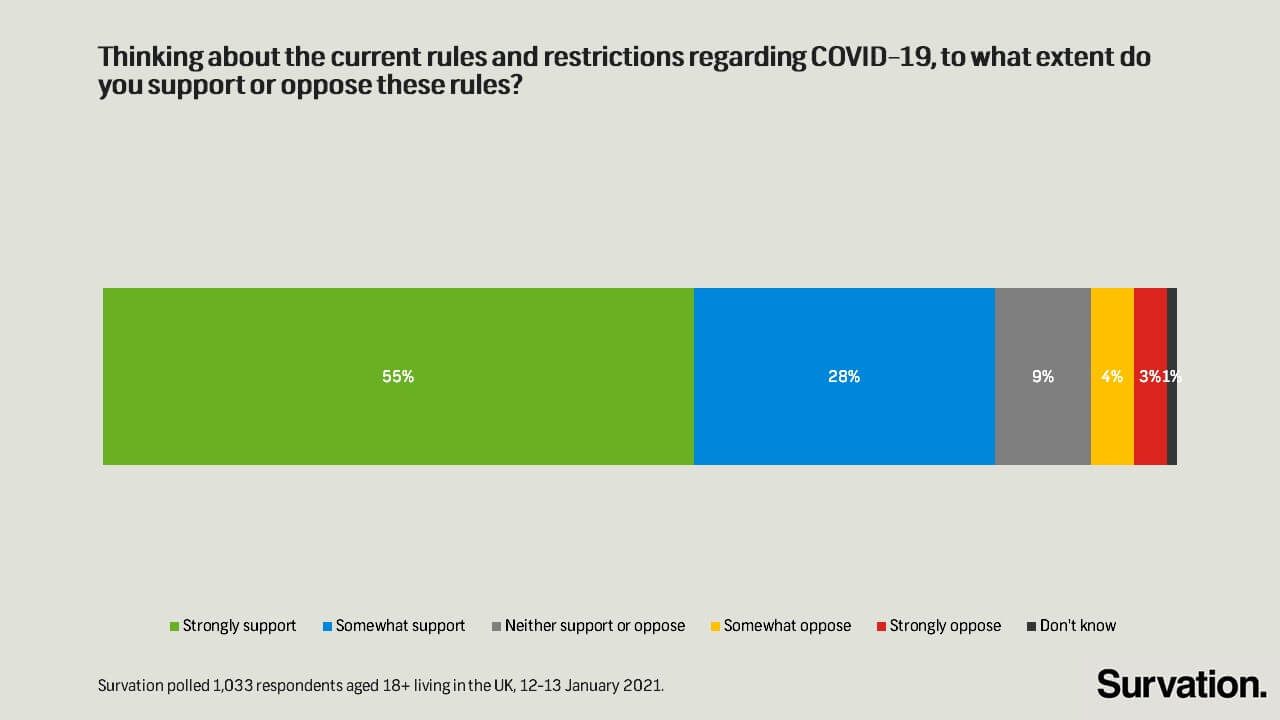 There is also strong support for current schools policy. Only 9% believe schools should re-open immediately, 29% after the easter holiday, 27% after February half term, and 19% after the summer break. 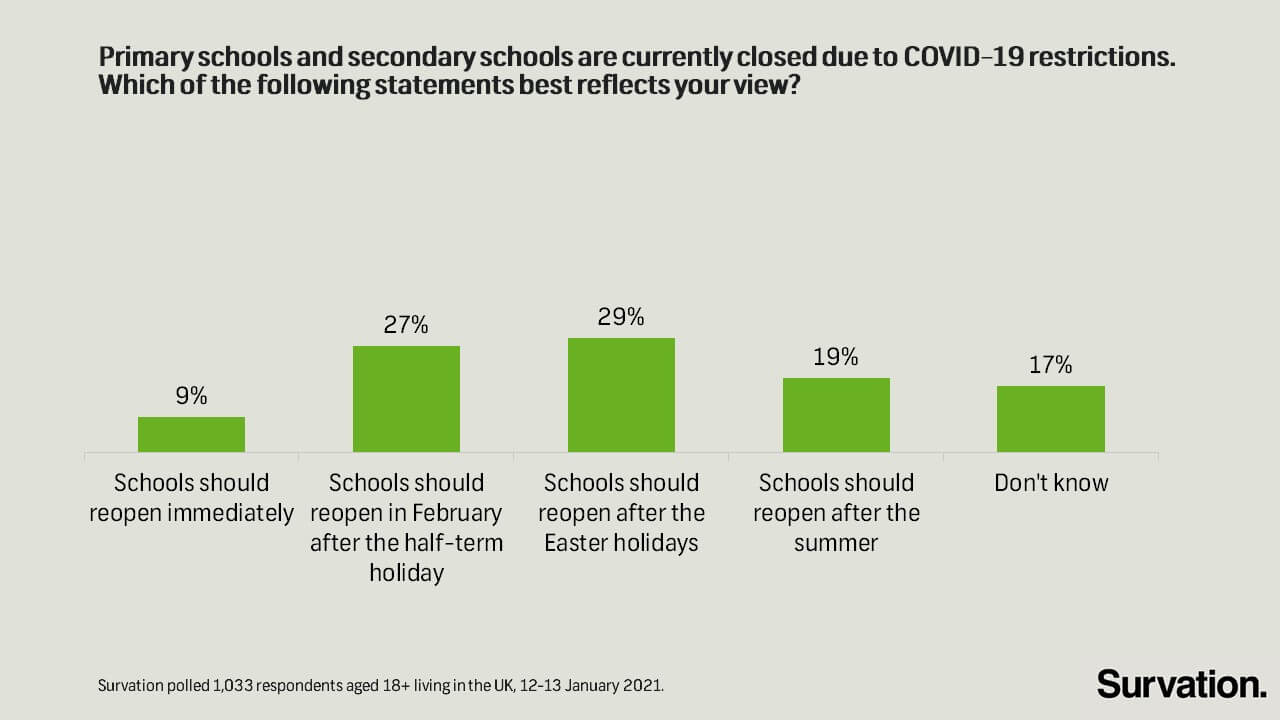 The public, according to our latest poll, don’t believe the current restrictions go far enough. 54% believe the the rules aren’t tough enough, 31% say they are correct, with only 11% believing they are too tough. 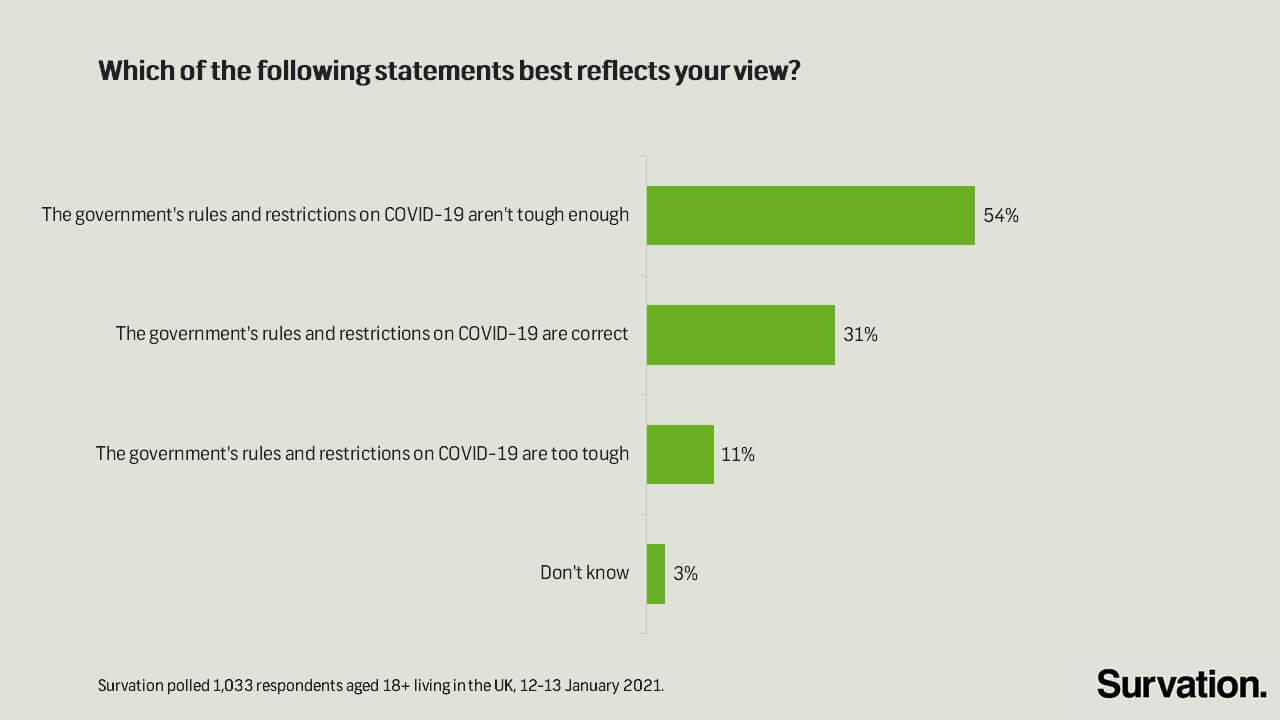 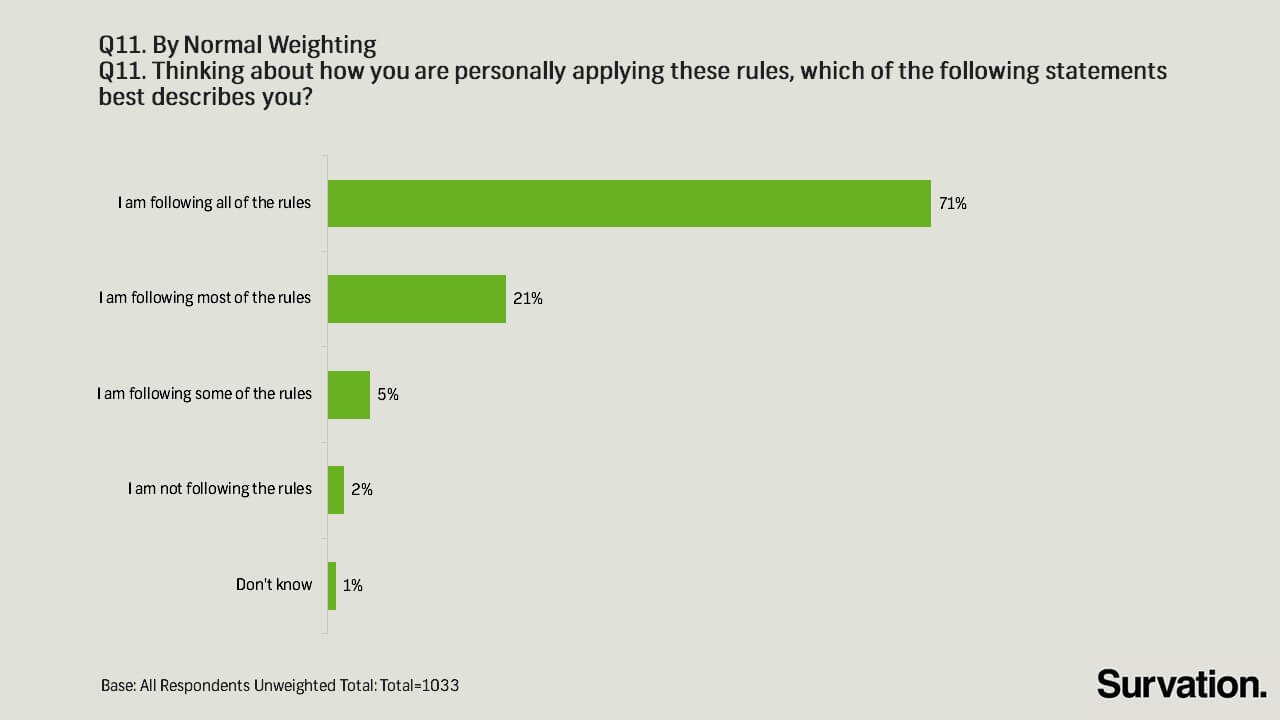 There is strong confidence in COVID-19 vaccinations with 70% saying they’ll get vaccinated if offered, and 13% saying they won’t. 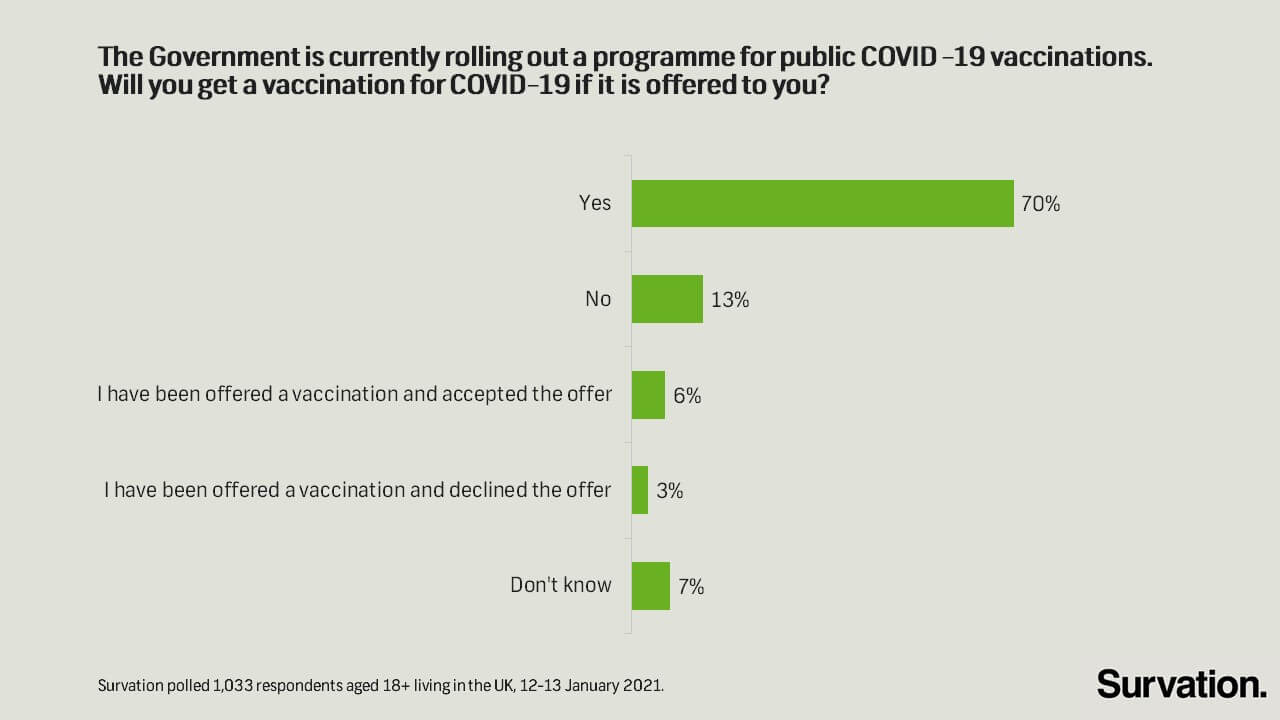 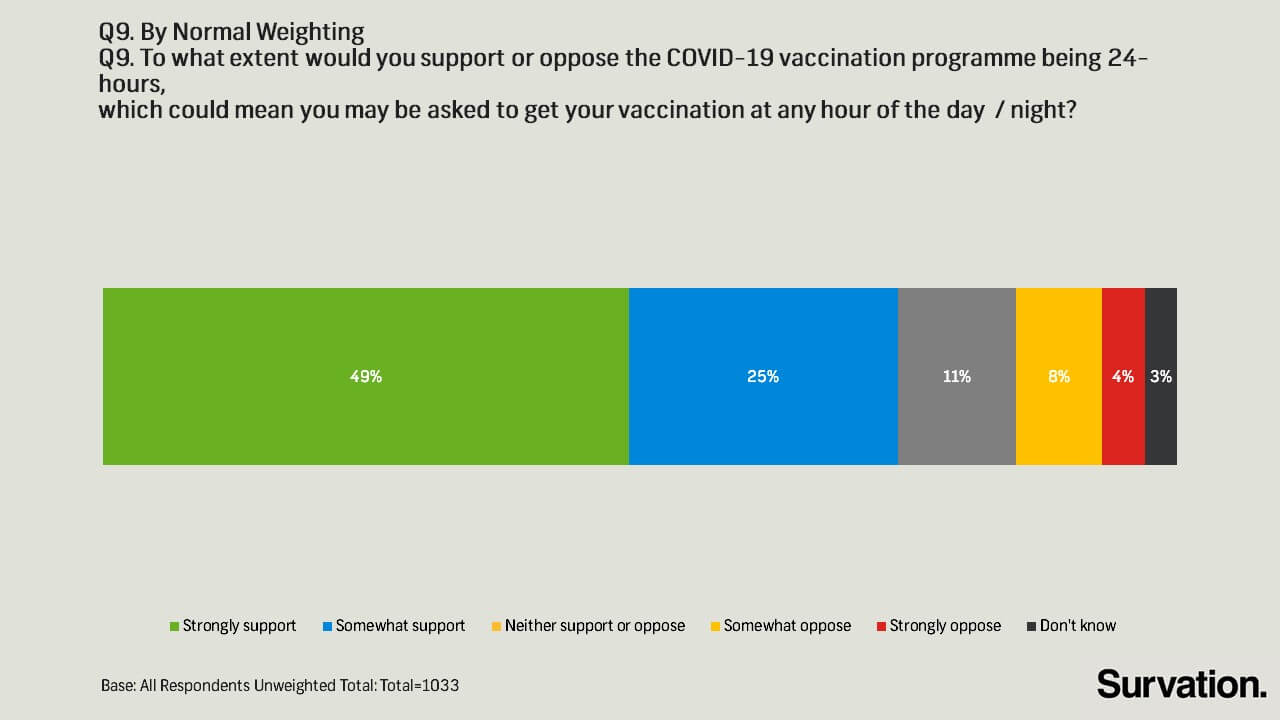 In our first voter intention poll of the year, there is little change with the Conservatives maintaining a small lead over Labour, by 40% to 38%. 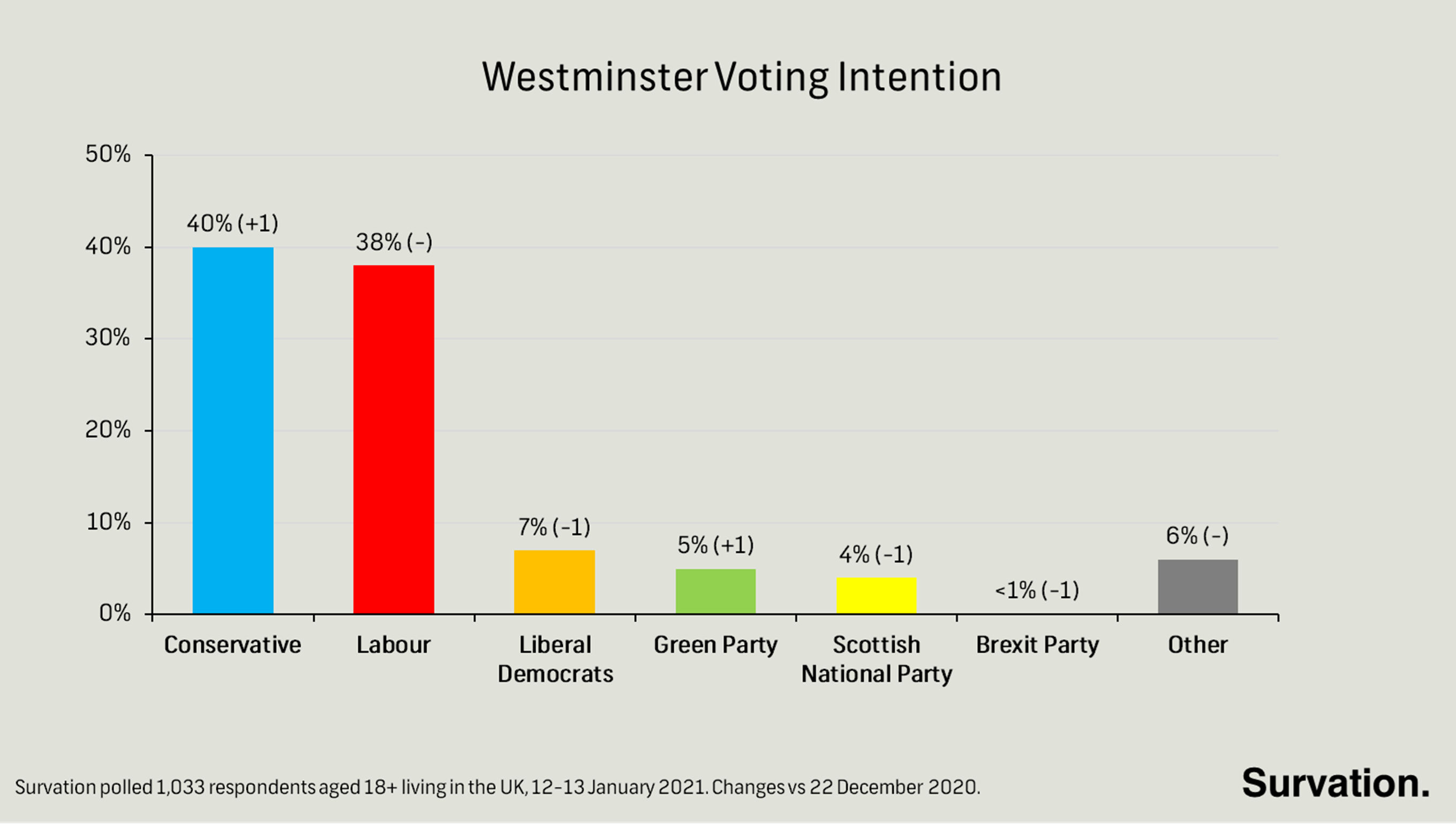 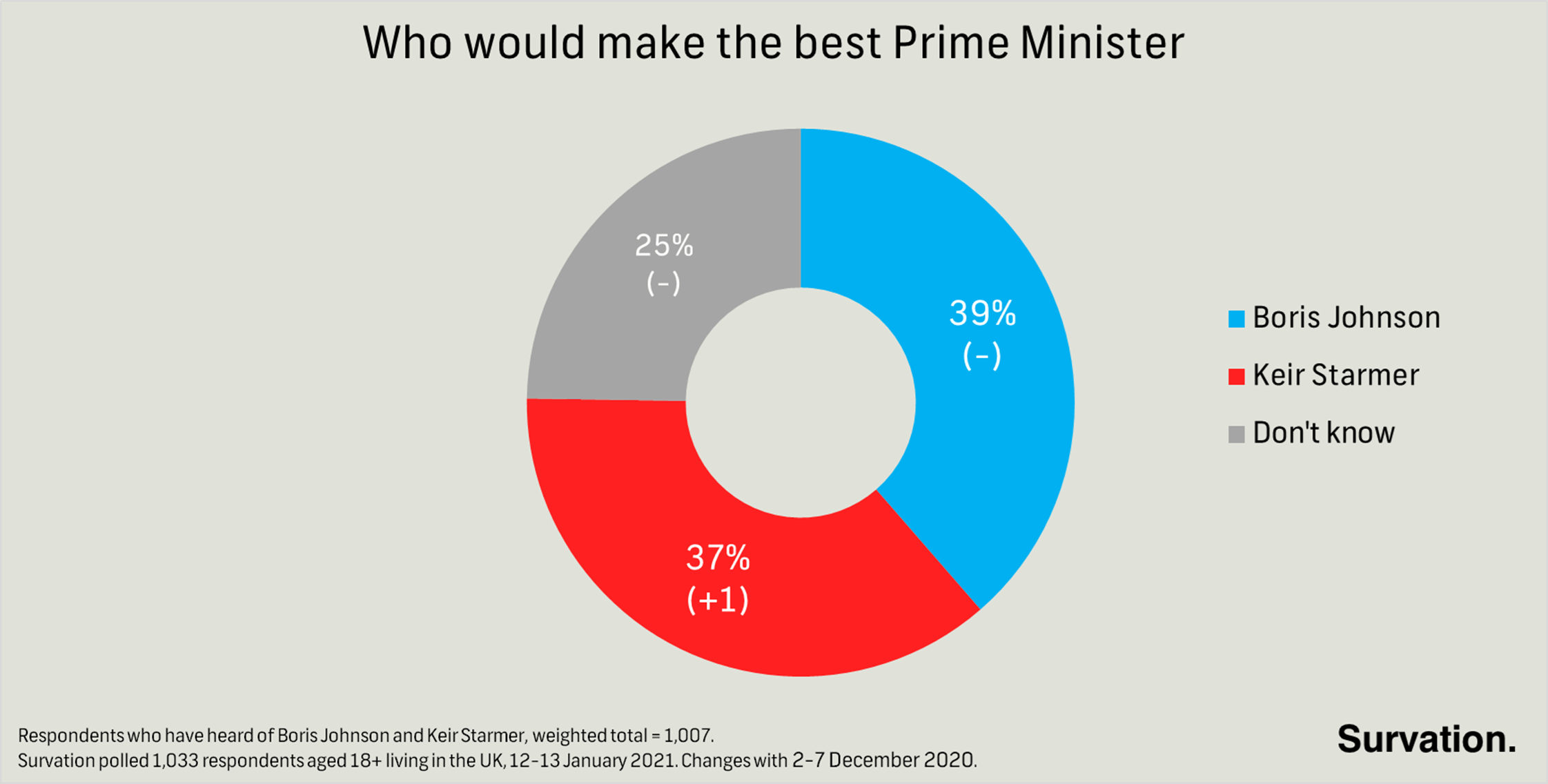