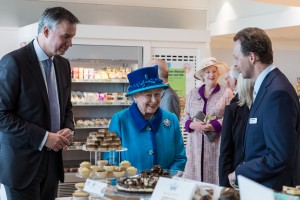 The current Monarch, Elizabeth II, is considered to be the greatest monarch in British history, according to a recent poll by Survation. When asked ‘Who do you consider to be the greatest Monarch in English/British history’, 27% of respondents said Queen Elizabeth II, and there was a strong showing for other female Monarchs, with 17% of those surveyed choosing Queen Victoria and 17% opting for Queen Elizabeth I. King Henry VIII trailed behind, gaining just 4% of the vote.

However, Prince William managed to score a victory among the present royal family, with 21% of respondents saying that he is their ‘favourite current member of the royal family’, compared to Queen Elizabeth II and Prince Harry, who gained 16% apiece. Prince Charles gained a mere 2% of the vote. Perhaps the choice was simply too difficult to make, however, as 31% of those surveyed agreed with the statement: ‘I don’t have a favourite member of the royal family’.

Support for the Monarchy as an institution remains high, with 71% of respondents agreeing that ‘the UK should keep a Monarch as head of state’ and a small- but significant- minority of 21% in agreement with the statement: ‘the UK should abolish the Monarchy and become a Republic’.

Interestingly, despite the fact that in accordance with hereditary rules, Prince Charles is currently in line to become the next Monarch, opinion is fairly evenly split over whether he or Prince William should become King after the death of the present Queen, with 41% opting for the current heir Prince Charles but 39% choosing his son, Prince William.

It seems Queen Elizabeth II’s popularity far outstretches that of our elected politicians, with 72% saying that she does the ‘does the best job at representing the UK abroad’ and a mere 6% choosing Foreign Secretary William Hague while 5% selected Prime Minister David Cameron. In continuation with that theme, our poll found a +64% approval rating for the Queen compared to -29% for David Cameron, -25% for Ed Miliband and -43% for Nick Clegg.

Finally- returning to the rather gloomier topic of the economy, Ed Balls at least has something to be cheerful about. When asked ‘who do you trust most on the economy’, 34% of those surveyed chose David Cameron, with Ed Miliband close behind on 29%. More than a third – 37% – of respondents replied ‘don’t know’.

Opinion was even tighter when the same question was posed with the Chancellor and Shadow Chancellor going head to head, but Labour just managed to gain an advantage. 28% of those surveyed said that they trusted Ed Balls most on the economy, while just over a quarter- 26%- gave their vote of confidence to George Osborne. A huge 46% of respondents said ‘don’t know’.