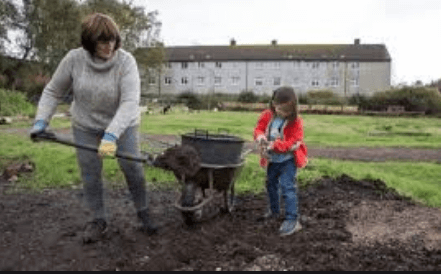 ‘Red wall’ voters like where they live, want more places to meet and support for the young

A Survation telephone poll of ‘left behind’ areas for Local Trust, places some of the common perceptions of ‘red wall’ areas and voter attitudes in some important context. People have high levels of satisfaction about their areas, feel they could influence change but are not currently getting involved and would prioritise parks, leisure facilities – places to meet – over transport and health spending.

A local investment fund should be run by local people (not central government) and should prioritise mental health, support for young people and small businesses, over transport and internet investment.

However,  relative optimism which existed prior to COVID-19 has now reduced.

Our poll found strong local identification and satisfaction of areas, many of which strongly voted for Brexit in 2016.

When asked how satisfied people are of where they live, a strong majority, 76%, were either very or quite satisfied. Only 14% were dissatisfied. 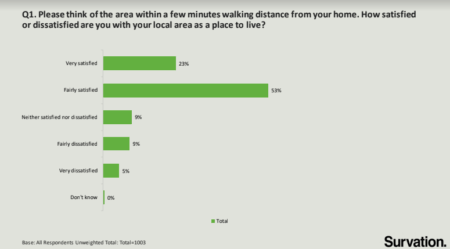 There is also less scepticism about the ability to influence decision making than you might have expected.  63% agree with the question that when people get involved in the way their local community is run, they can make a difference. Only 15% disagree. 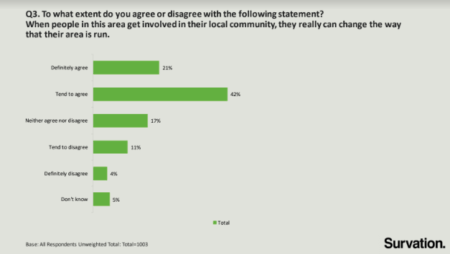 However, at the same time, there are low levels of  involvement in actual decision making groups for local services.  92% haven’t been involved in decision making activities such as for health and education. 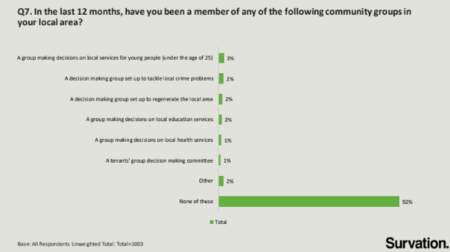 There is also low involvement in community activities, such as setting us services or campaigns in their local areas. 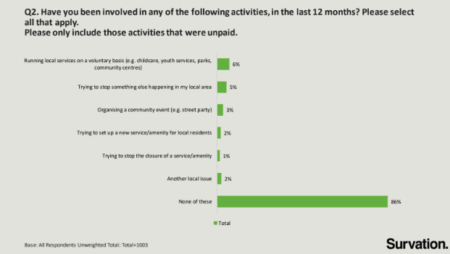 COVID-19 has knocked optimism about the future.  Prior to the pandemic, 51% said they were optimistic about prospects for their community, but that has now fallen to 42%. 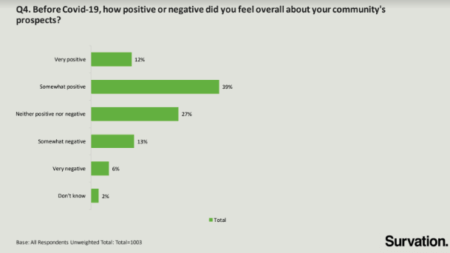 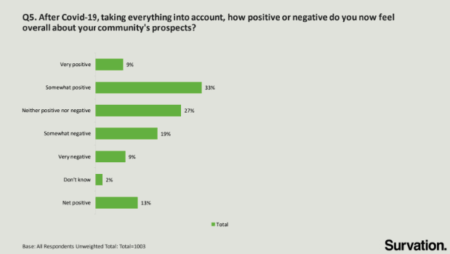 In terms of local resources, while a relatively high number, 38%, feel their area gets a fair share of resources compared with other communities in their town or city, a higher number, 43% feel they get less. Of those who feel they get less, parks, places to meet and leisure were seen as the highest priority, over and above health and transport.

A local fund to invest in local communities, should be run by local people (54%), local government (21%). Only 2% would want that fund run by central government. 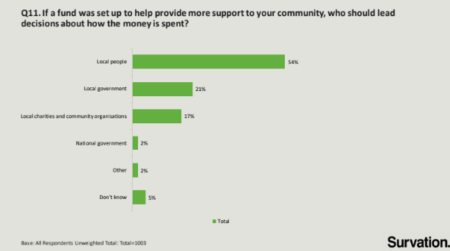 And the top priorities for spending from a local fund, would be on mental health services, support for young people and small business. Investment in transport and internet is a lower priority. 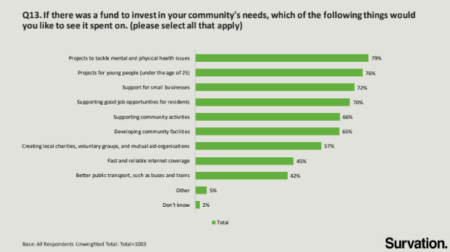