Survation’s new political poll in Scotland shows the Scottish National Party (SNP) retaining its commanding lead in voting intention for the next general election and Scottish Parliament election – however, on the question of another referendum on Scottish independence, the eight point lead for Yes in our November poll has halved to four points.  Yes now leads in our tracking poll by 52% to 48%.  In November the same question was Yes 54%, No 46%. 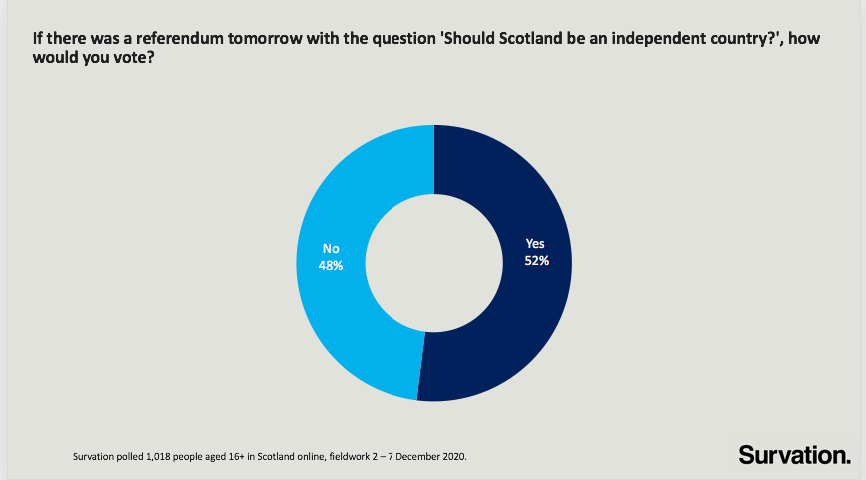 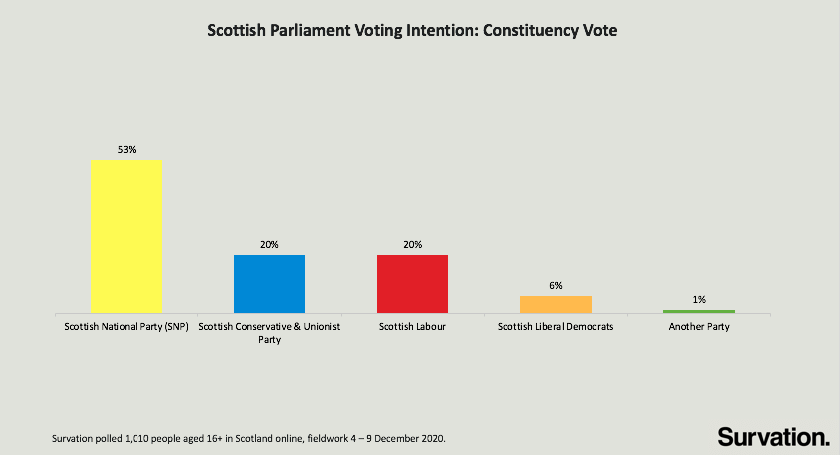 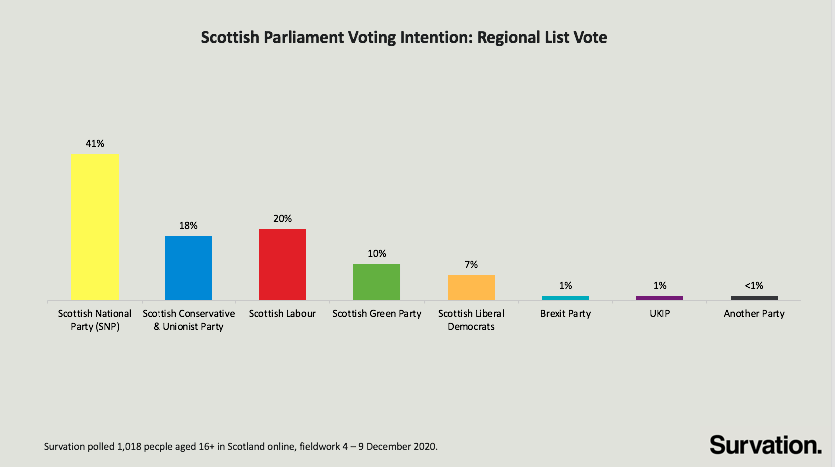 The movement for Westminster voter intention is in line with our polling for the Scottish parliament, with the SNP holding a strong lead but down 1 point and Labour (up 1 point) and Conservatives up by 2 points. 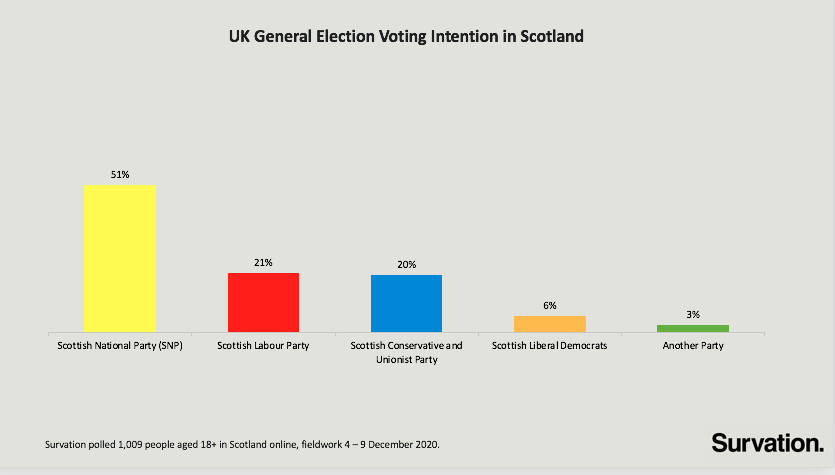