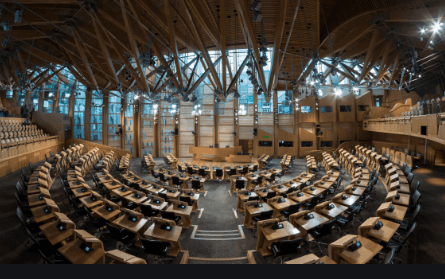 Survation’s new political poll in Scotland shows the Scottish National Party (SNP) retaining its commanding lead in voting intention for the next general election and Scottish Parliament election – and on the question of another referendum on Scottish independence, “Yes” is 8 points in the lead,  2 up from our poll in September. 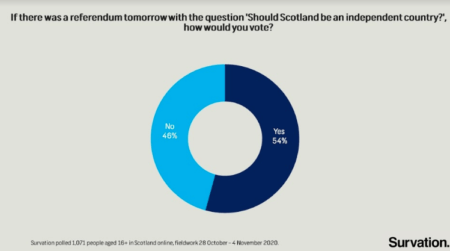 The past month has seen little change, with the SNP up 1 point to 54%, and Labour and the Conservatives both on 18 points (Labour up 1 point since our September poll). 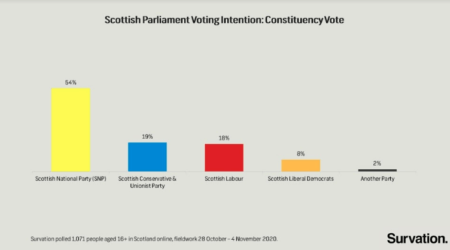 The SNP are up 2 points from September to 43% while Labour retains 2nd place on 19% with a 1 point increase. The Conservatives are down 1 point to 17% 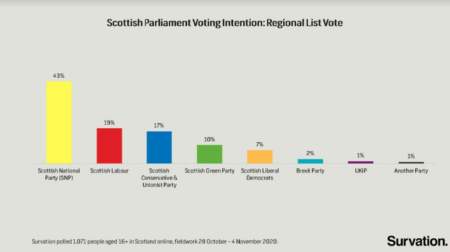 In line with voting intention for the Scottish Parliament, the SNP retains a commanding lead on 52%, with Labour in second place on 20% (down 1 point) and the Conservatives  down 2 points on 18%