Scots surveyed on remaining in or leaving the UK

A new survey on behalf of Scotland in Union reveals considerable support in Scotland for ‘remaining’ in the UK, although this support drops when the potential of a no-deal Brexit is mentioned. The poll also reveals that the SNP retains a strong lead amongst Scots in their Westminster voting intention.

The question differs from the one asked in the 2014 referendum and from our standard independence referendum tracker. An Electoral Commission decision before the 2016 EU Referendum concluded that a yes/no option question could not be considered neutral with only one outcome reflected in the question and the sponsor of this poll was interested in asking the question in a similar manner to the EU Referendum. 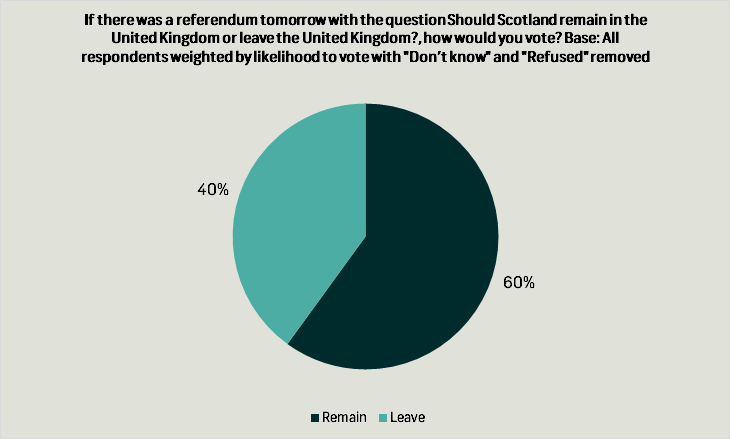 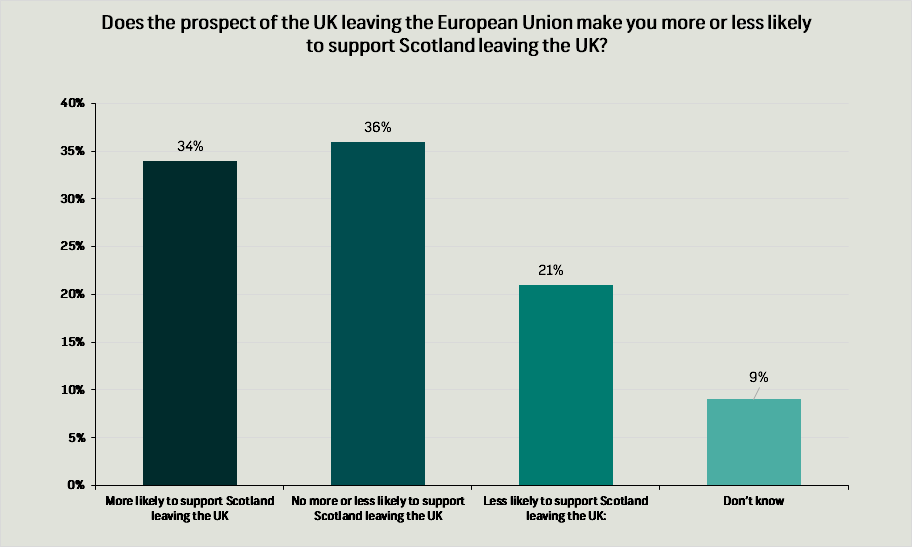 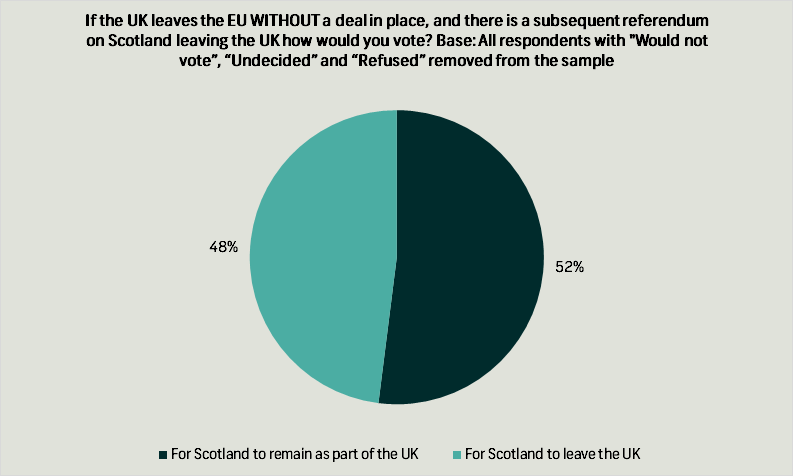 Respondents were also asked when they think there should be another referendum on Scotland leaving the UK. 23% said before the UK is scheduled to leave the EU on 29th March 2019 and a further 18% said after the UK leaves the EU but before the next Scottish Parliament election in May 2021. 7% said there should not be another referendum. The highest percentage (36%), however, was for don’t know. 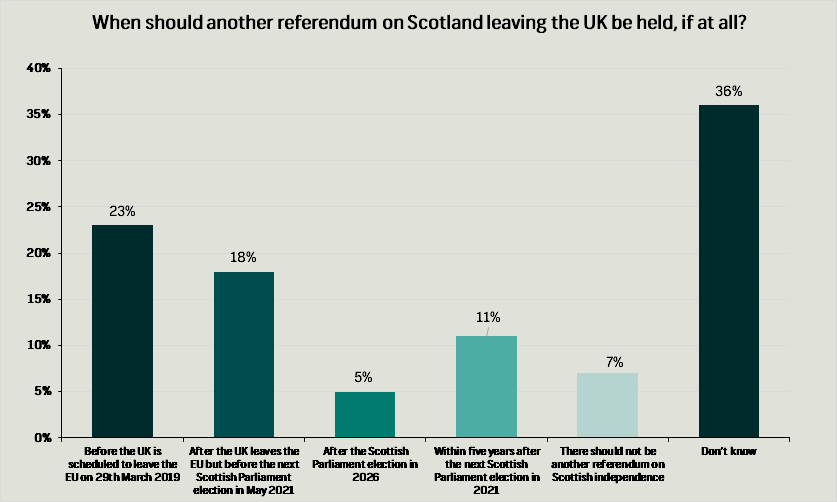