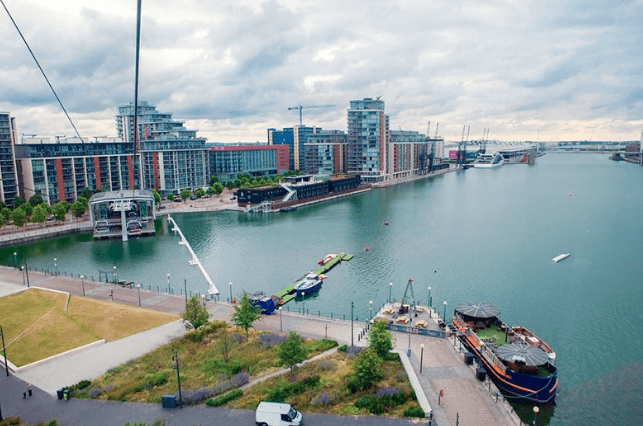 Silvertown Tunnel: Majority of Londoners would prefer the money to be spent on public transport 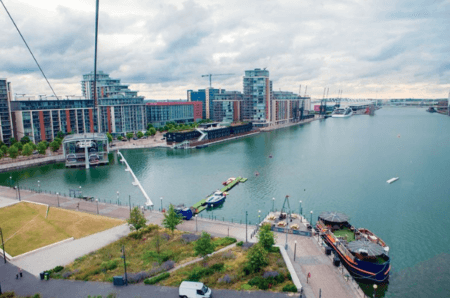 London is braced for a new public battle over whether to build a new cross Thames road tunnel.

A Survation poll of Londoners, commissioned by the Stop the Silvertown Tunnel Coalition, https://stopsilvertowntn.com/ has found a majority, 60% to 24%, would prefer the money (estimated by TfL to be £2bn) being spent on the new proposed Silvertown Tunnel, to be spent instead on public transport, cycling and walking. 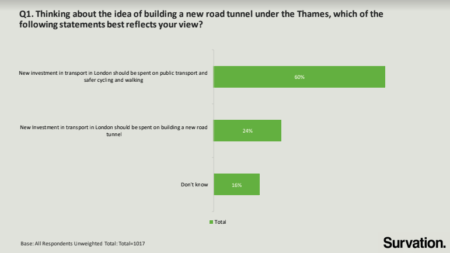 Silvertown Tunnel is a planned road tunnel under the River Thames in East London that will connect the Greenwich Peninsula and west Silvertown, backed by Transport for London.

Supporters of the scheme argue it will reduce congestion by splitting traffic with London’s already heavily congested river crossings. However, our poll found that more Londoners believe that overall car usage will increase as a result of a new tunnel crossing. 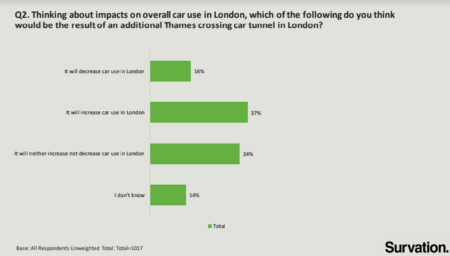