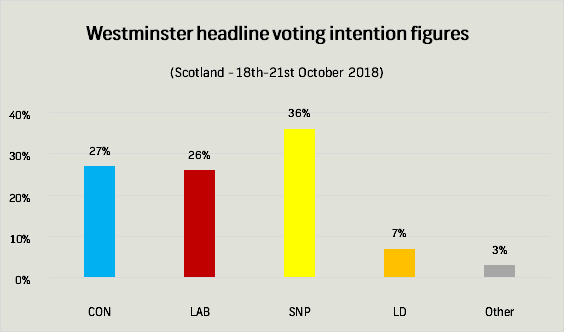 New polling for the Daily Record reveals that the SNP has continued to lose the support of voters in Scotland after being a percentage point down in polling at the beginning of October. Labour, the Conservatives and the Liberal Democrats have comparatively made small gains.

If Scotland had another independence referendum, no would win again as only 45% support independence.