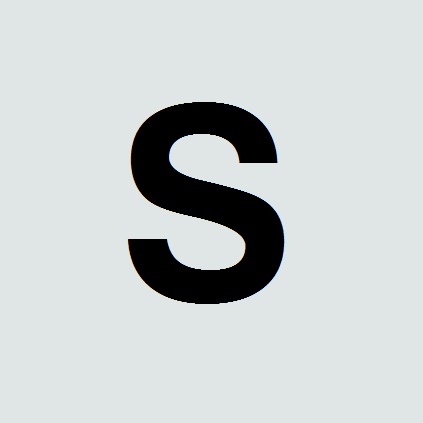 Statement on Survation’s Poll of Muslims for The Sun

The reporting of Survation’s recent poll of British Muslims in The Sun newspaper on Monday 23/11 has generated much controversy and discussion over the past week.

Following on from our blog the same day the Sun’s story appeared featuring our own interpretation of the poll data. We provided this update the following day – Tuesday 24/11 covering several of the points subsequently raised:

The team at Survation has undertaken a significant body of research work amongst minority ethnic populations in the UK and at sensitive times such as these.

Over the last two years, alongside community leaders, historians and onomastics experts, we carefully built the first ever telephone opinion panel of the UK’s Jewish population conducting work on sensitive topics following the Charlie Hebdo attacks in Paris.

As a member of the British Polling Council, the methodology for our polling is subject to complete transparency – which gives the public and the media the ability to scrutinise our work – something which we actively encourage.

The research published yesterday 23/11 among British Muslims was conducted using academic-advised onomastic techniques and geographic targeting and called using a random stratified sample, in addition to our growing telephone opinion panel of British Muslims. The sampling methodology used was identical to a series of many polls we have done over the last year among different minority religious and ethnic populations in the UK.

Data in this poll were weighted by age, gender and region using quotas and weights calculated using Office for National Statistic census data. Whilst no poll can ever claim to be perfectly representative of the population being sampled, particularly so when sampling hard to reach demographics such as religious or ethnic groups, we believe that, despite criticism from some commercial rivals, the careful sampling and weighting used mean that this poll is broadly representative of the UK’s muslim population and meets acceptable methodological standards for media publication. We will, however, study any/all points raised to evaluate improvements we can make in future work.

Survation have considerable experience of polling religious and ethnic groups over the past several years, including for a range of think tanks, conducting large-sample, in-depth pre and post election attitudinal work on the UK’s BME population – tackling topics such as immigration, refugees and the changes in voting behaviour among ethnic groups. These clients have always taken great care to use our work in a sensitive and thoughtful way and have demonstrated the value of conducting polling research among minority groups in Britain, even when methodologically challenging.

The wording of the question on “sympathy with young Muslims who leave the UK to join fighters in Syria” was not chosen by The Sun newspaper but was chosen by Survation in order to be completely comparable with previous work we have done, both among Muslims and non-Muslims and therefore enable meaningful and proper comparisons to be drawn.

The term “Sympathy” is undertood by most people to mean the understanding of the distress or need of another person.  Empathy and sympathy are often used interchangeably – Empathy meaning the ability to share someone else’s feelings. Both these terms are very different to and not to be confused with agreeing with or supporting those feelings, and this is key to understanding the meaning of our polling.


Not conflating Sympathy with “Support” would seem clear to our survey respondents – 30% of young non-muslims had sympathy with “young Muslims leaving the UK to join fighters in Syria” when we polled that group in March. barely lower than the 32% of the same age group of muslims in Monday’s polling.

Regrding the nterpretation by our client of this single question.

Notwithstanding there is a distinction between the work we conduct, how we interpret and present our finding and how clients chose to present our work.


However, to be very clear. Survation do not support or endorse the way in which this poll’s findings have been interpreted.

Neither the headline nor the body text of articles published were discussed with or approved by Survation prior to publication. Our own coverage and analysis written on the day of publication can be found here:

Furthermore, Survation categorically objects to the use of any of our findings by any group, as has happened elsewhere on social networks, to incite racial or religious tensions.

Our view remains that the most meaningful way to interpret the results of this polling is in the proper context alongside a comparable sample of non-muslims, as we did in March of this year using identical methodology and the same question wording.

This comparison shows that “sympathy with” (distinct from “support for”) those travelling to fight in Syria (among any group) exists as a limited, minority view among both muslims and non-muslims.


Such comparative polling of Muslims and non-muslim attitudes was reported in March in a balanced way by Sky News “Poll: Majority Have No Sympathy With Extremists” and was uncontroversial at the time, despite the fact that that poll found higher levels of “sympathy”.


This latest poll in fact shows a fall in sympathy with fighters travelling to Syria among Muslims since March, something which we would consider the most pertinent new finding of that particular question.