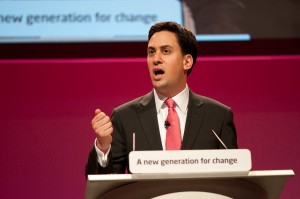 In our new political poll for this week’s Mail on Sunday, and in the light of Labour MP’s George Mudie’s comments about Ed Miliband we’ve looked at perceptions of all the parties and leaders to give a reasonable overview of the current state of affairs.

On Ed Miliband, certainly Mudie’s comments about Ed being “Lacklustre” (71% agree),  “not setting the agenda” (68%) “slightly hesitant” (74%) “slightly confused” (68%) and “trying to find himself” (71%) were generally agreed to (and to some extent among Labour voters) but more formally, what’s the issue here? There is a a 14-point deficit between the public’s sense they “know” what Labour stands for versus what Ed Miliband “stands for”  – twice Cameron’s deficit.

Further, the public are far less clear on Labour’s policies – 53% are “clear” vs the Conservatives’ 65% – although perhaps hardly surprising as we wait for Labour’s manifesto group to make their initial announcements in the autumn.

With all these apparent negatives for Ed (and the linked full tables for this poll lay them bare), why do Labour remain stubbornly clear in our polls? Simply put, voters place party firmly before personality (something the Conservatives will continue to try to change in a long game of personality politics into the election). Ed Miliband has been a formidable performer at times, but he needs the confidence to find his “A game” consistently as the raft of new policies emerge, to guard against the situation Tory strategists dream of, that 2015 really does become more “presidential”.

To illustrate the point on this, we asked (pushing this concept to prove the point)

“If the UK had a US style presidential system where the current roles of Prime Minister and Head of State were combined and the election was a straight fight between David Cameron and Ed Miliband, would you vote for?”

– and a surprising 15% of current Labour voters opted for David Cameron.

The full data tables can be viewed here: