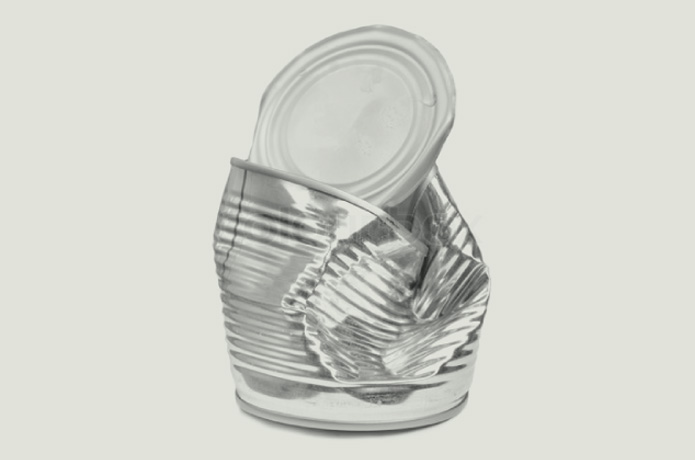 Support in Scotland for a wide ranging deposit return scheme

A new poll on behalf of Nature 2030 has found support amongst Scots for the forthcoming deposit return scheme to include a wide range of beverage containers and to have a variable fee based on the size of container.

Three quarters (76%) of Scots aged 16+ surveyed agreed with the statement “Scotland’s deposit return scheme should include as wide a selection of beverage containers as possible including metal cans, PET bottles, HDPE (milk) bottles, glass bottles, coffee cups, and drink cartons and pouches.” 7% of respondents disagreed while 13% said they neither agreed nor disagreed and 4% said they did not know. 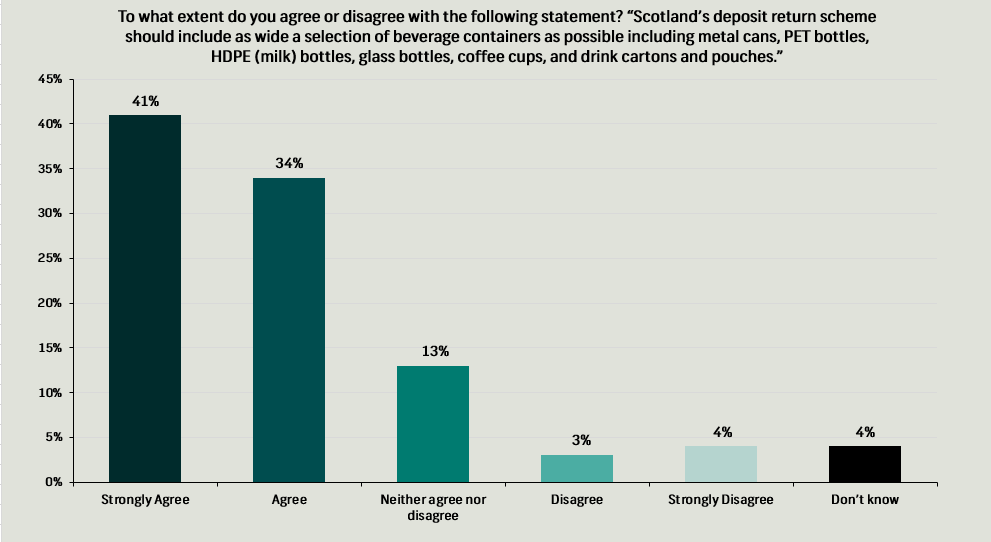 59% of respondents agreed that Scotland should introduce a deposit scheme with a variable rate while 12% disagreed. Nearly a quarter (23%) neither agreed nor disagreed and 6% said they did not know. 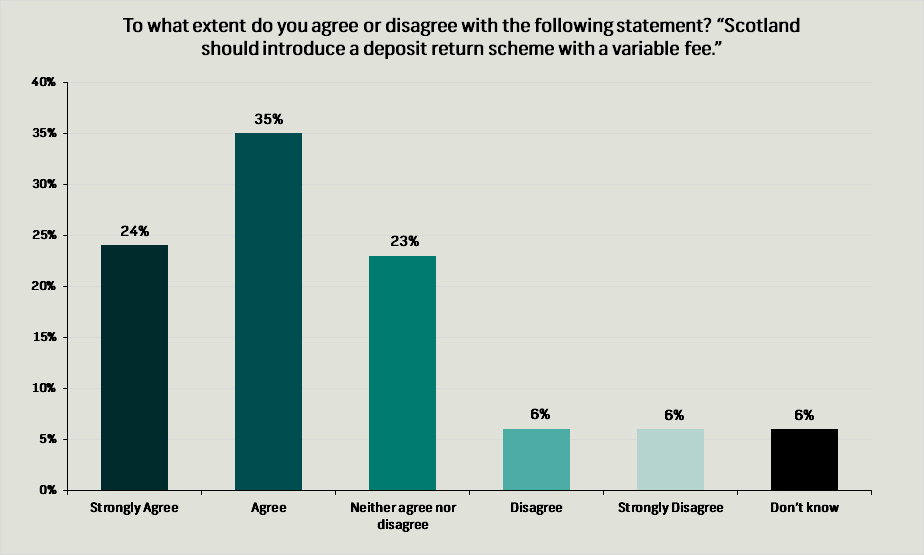 Survation conducted an online poll of 1,019 people aged 16+ living in Scotland on behalf of Nature 2030. Fieldwork was between 20th-22nd January 2020. Data tables can be found here.