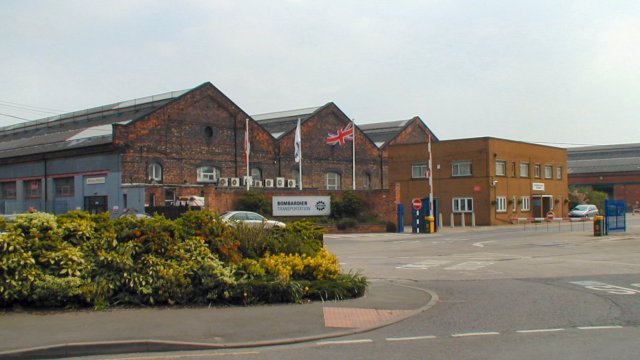 1) Were there a General Election tomorrow, there would be a large swing to Labour and away from the Liberal Democrats and Conservatives in Derby North and South Derbyshire (See tables below and in linked pdf)
2) 97% of those interviewed were aware of the threat in Derby of Job losses relating to Siemens being the preferred bidder for the Thameslink rail contract over Bombardier.
3) 87% of all those interviewed (84% of Conservative voters) do not believe the Government has acted in the best interest of Britain in selecting the cheapest bid over a UK based bid.
4) 83% of those interviewed believe a review of the bid is possible. More Coalition voters – 86% of Conservative and 86% of Liberal Democrat voters believe a review is possible.

5) 41% of Conservative voters interviewed told us that if there was not a re-evaluation of the decision by the Government the effect on their vote would be a 4 or a 5 out of 5 (5 being the most likely) in terms of being likely to affect their vote at a general election.

6) 75% of those interviewed agreed with the statement “The Government have no loyalty to Derby”  64% of Conservative voters, 85% of Labour voters and 77% of Liberal Democrat voters.

7) 79% of those interviewed agreed with the statement “The Government are not committed to British Industry” – including 60% of Conservative voters.

8)89% of those interviewed agreed with the statement  “The Government is out of touch with working class people” – 78% of Conservative voters, 97% of Labour voters and 91% of Liberal Democrat voters.

9) When asked finally “How optimistic are you for the future of Derby in the light of this decision?” only 25% of Conservative supporters said they were optimistic, 5% of Labour voters and 15% of Liberal Democrat voters.

Voting intention changes;  If there was a General Election tomorrow in Derby North and South Derbyshire, what would the results be?After applying the weighting criteria described of the 550 responders in the attached pdf file (pages 2, 3 and 4) – which among the other weighting criteria takes into account past vote weighting and is adjusted for likelihood to vote, refusals, undecided voters and “don’t knows”  – we provide the following estimates for the swing in voting support for the two constituencies combined and separately;

“The clear message from this survey is that the people of Derby North and South Derbyshire are in agreement over their belief that the Bombardier bid could/should be reviewed and that the Government’s apparent lack of positive intervention in this issue is a view held across the majority of supporters of all parties.”

“This new opinion poll reveals huge numbers of people from all political backgrounds have lost confidence in the Government’s current approach to manufacturing. The Bombardier crisis shows that when Ministers get it wrong the confidence of whole towns is undermined. Voters clearly expected their Government to make decisions with what’s best for Britain in mind. Unless there’s a review of the Thameslink decision then the Conservative Party looks set to pay a heavy political price in a number of Midlands constituencies at the next general election. Ministers would be wise to pause, reflect and then think again.”